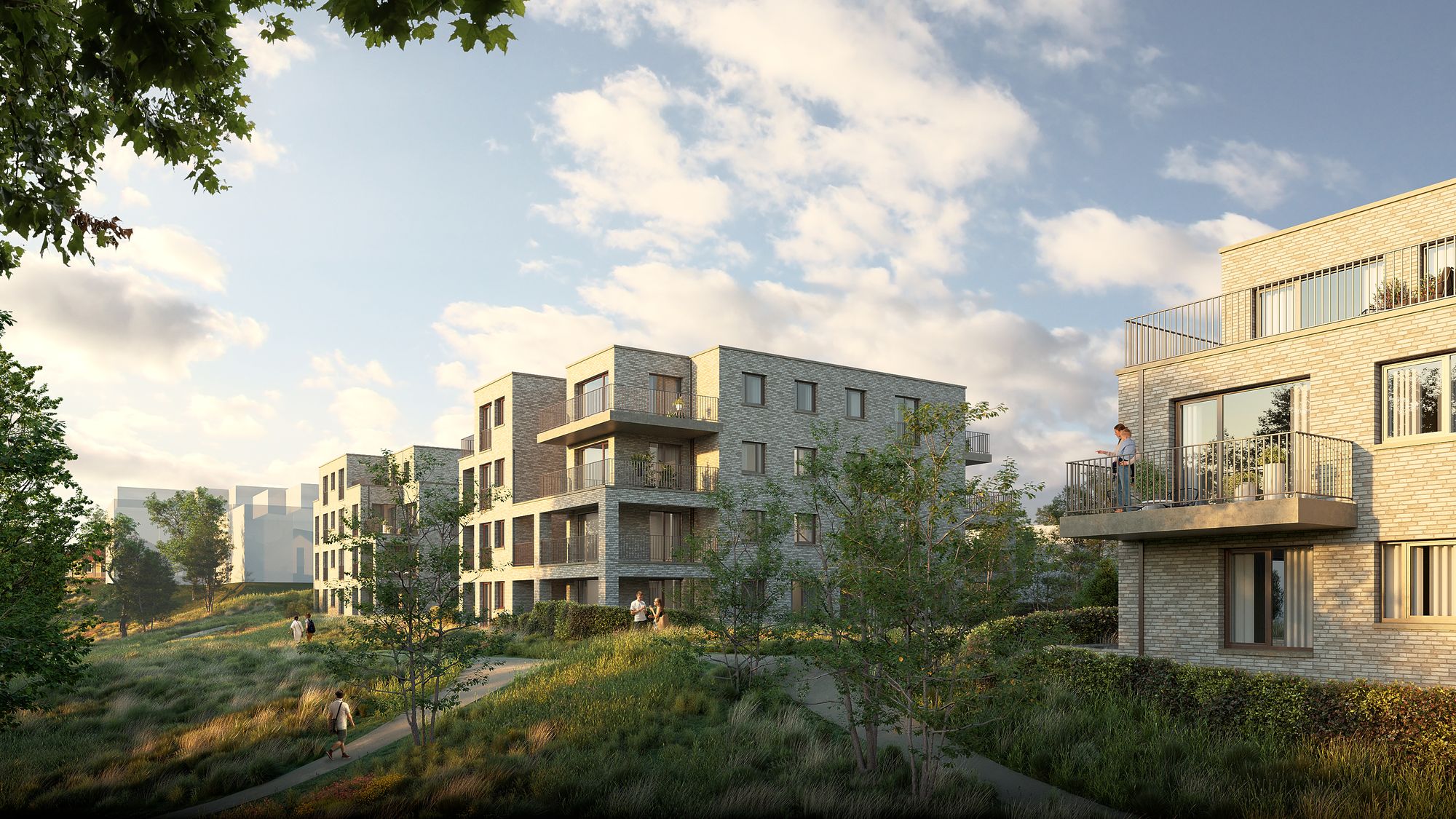 Groenloo is a new sustainable residential neighbourhood within the perimeter of the Brussels Ring road. The new neighbourhood has a park area and will be built on the former Kodak site. The combination of an outstanding location and green surroundings is unique. Thanks to Groenloo’s sustainable design, the green surroundings will be preserved and even enhanced where possible by adding indigenous plants to the region. The diversity of single-family dwellings with a garden and different sizes of flats ensures that Groenloo’s residential offering is diverse. The site is car-free for the most part and the urban villas are encircled by the vast park zone, making Groenloo a very family-friendly and quiet residential neighbourhood. 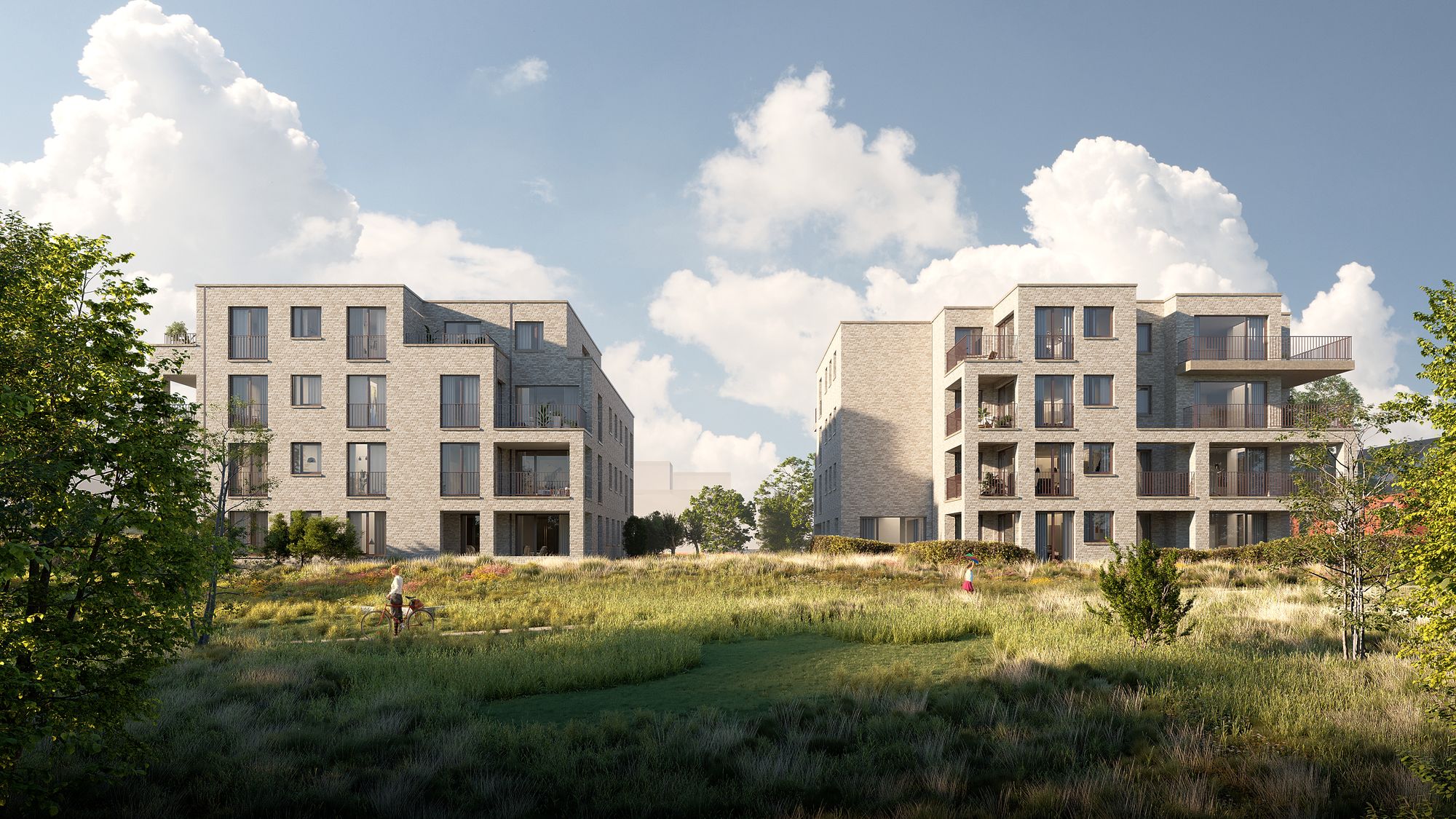 Groenloo is a safe neighbourhood to live because it will be largely car-free. It is designed in accordance with the principles of a residential area, giving people the opportunity to meet, play and safely get around, whether on foot or by bike, in the public domain. A network of paths will be built throughout the project, improving access to the area and establishing additional relations between Steenstraat, Streekbaan, the valley around Kwakkelstraat and the unbuilt public space behind Pauwstraat. These paths will be publicly accessible. The green network has been included in the design of the residential area, connecting the eastern green zone with the western regional road.

The City of Vilvoorde considers Groenloo to be a pilot project in terms of sustainability. The project pays a lot of attention to the orientation and lighting of the dwellings. Where possible, maximum use is made of sustainable energy, including solar energy, heat pumps and heat boilers. The designers have strived to create an almost water-neutral development.

Drinking water consumption will be limited by recovering and managing rainwater locally, using a combination of rainwater collection and local buffers.

Groenloo will be built in different phases. The phasing is done in such a way that neighbourhood residents can already make use of the site’s amenities throughout the construction process. The car park is accessible and the existing buildings will not remain vacant, facilitating a more sustainable development. Moreover, the existing buildings on the site’s fringe will serve as a noise and dust barrier during the execution of the initial phases, limiting the impact of the development’s construction on the neighbourhood. 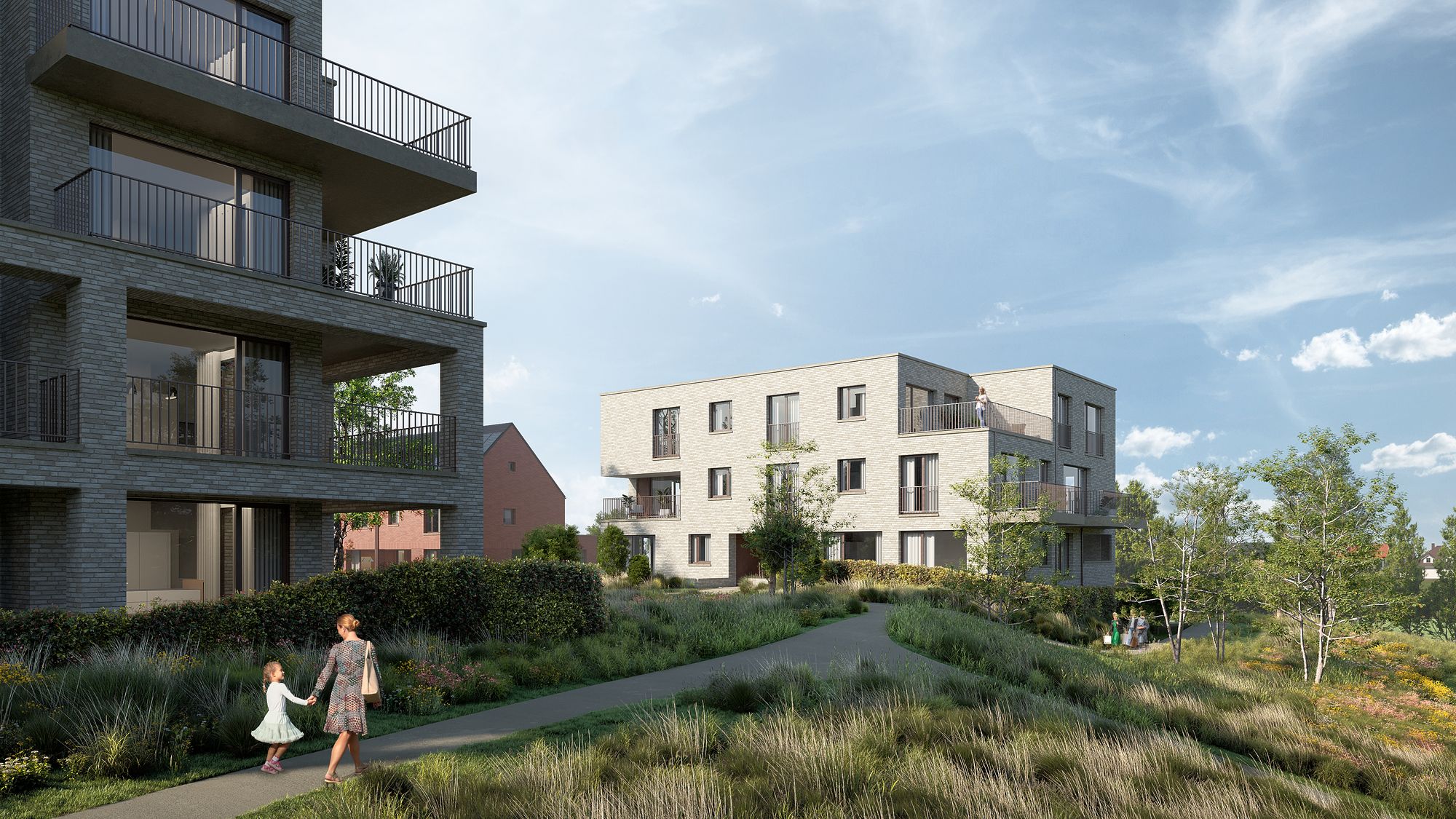 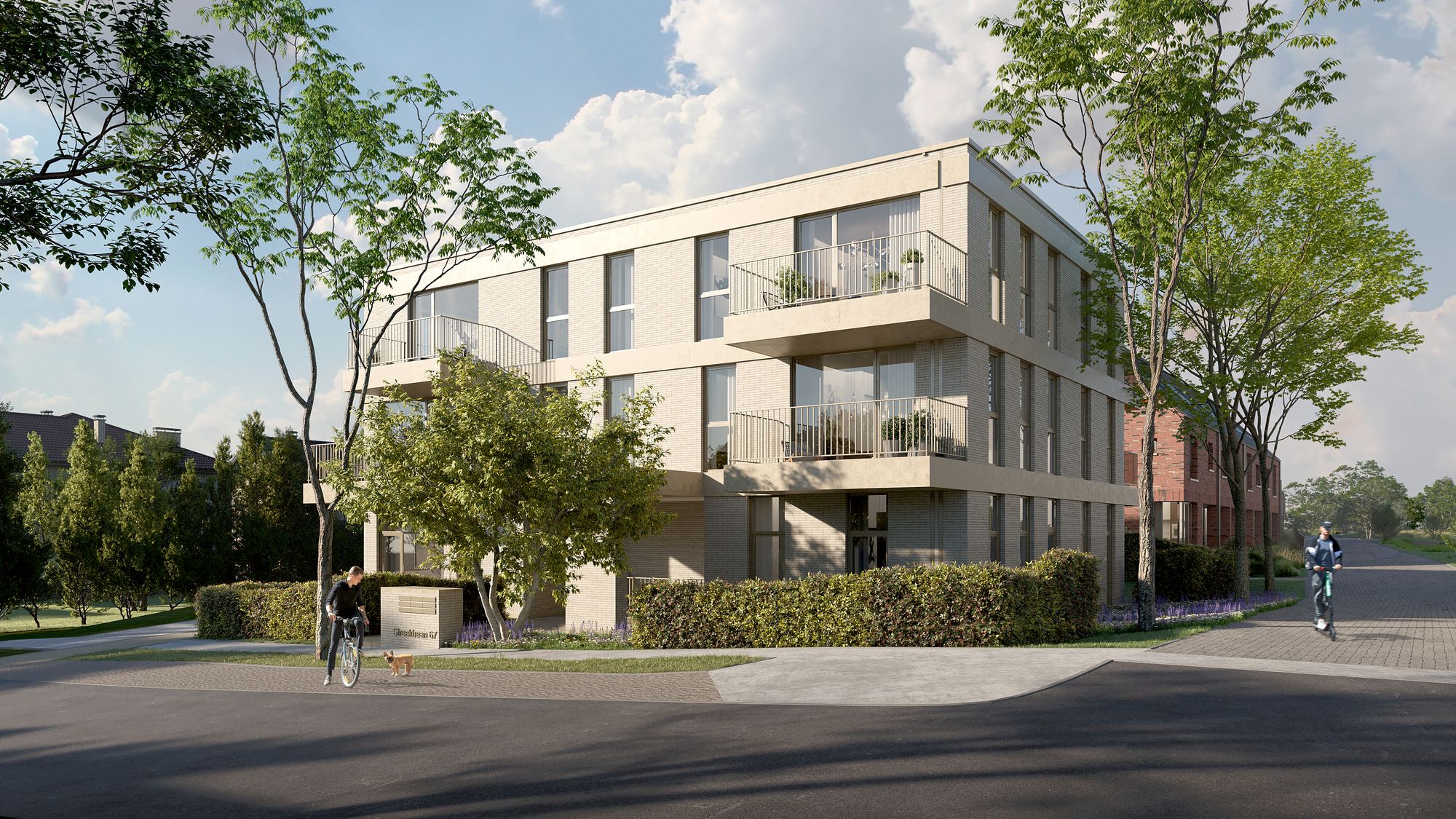 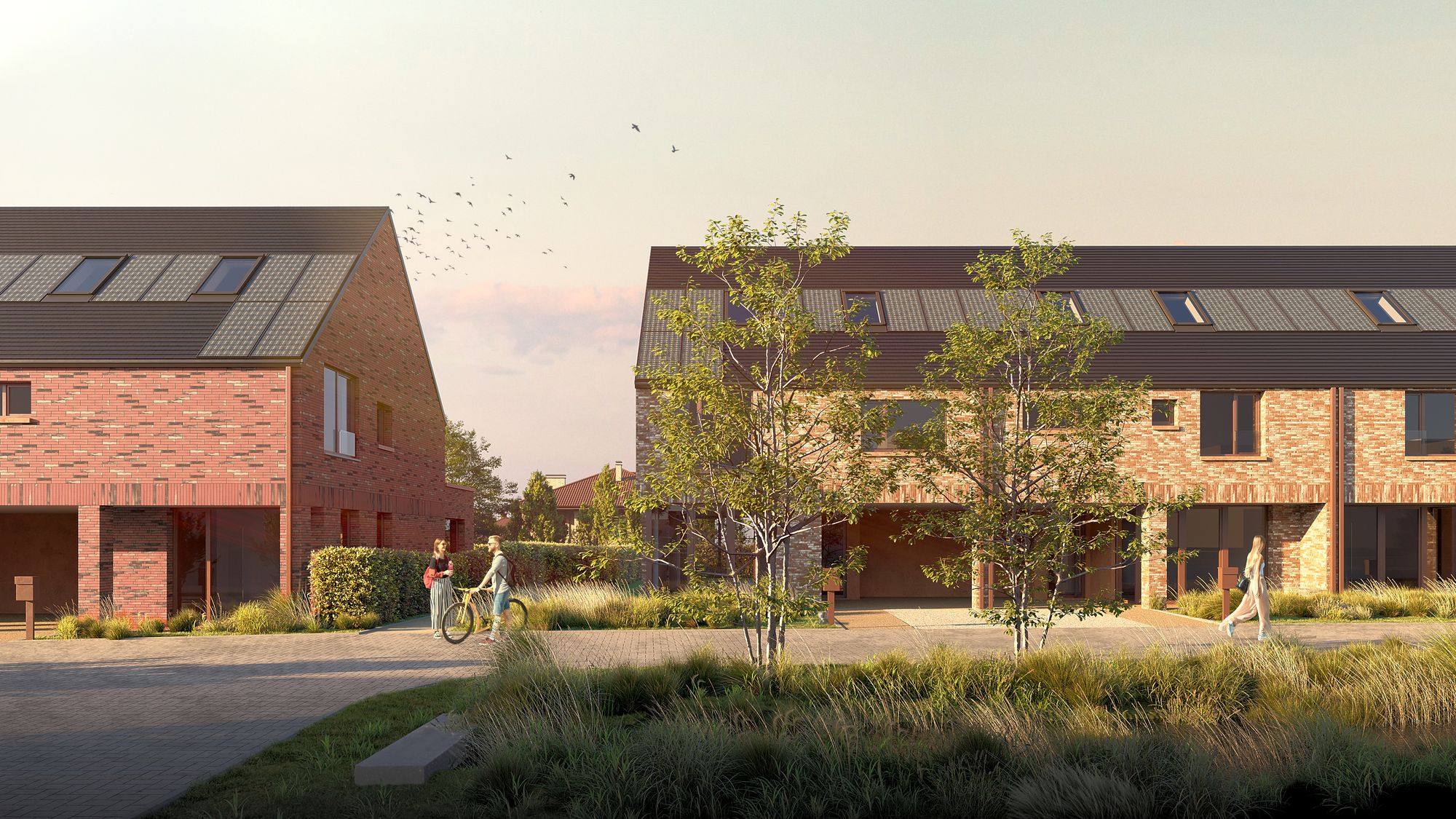 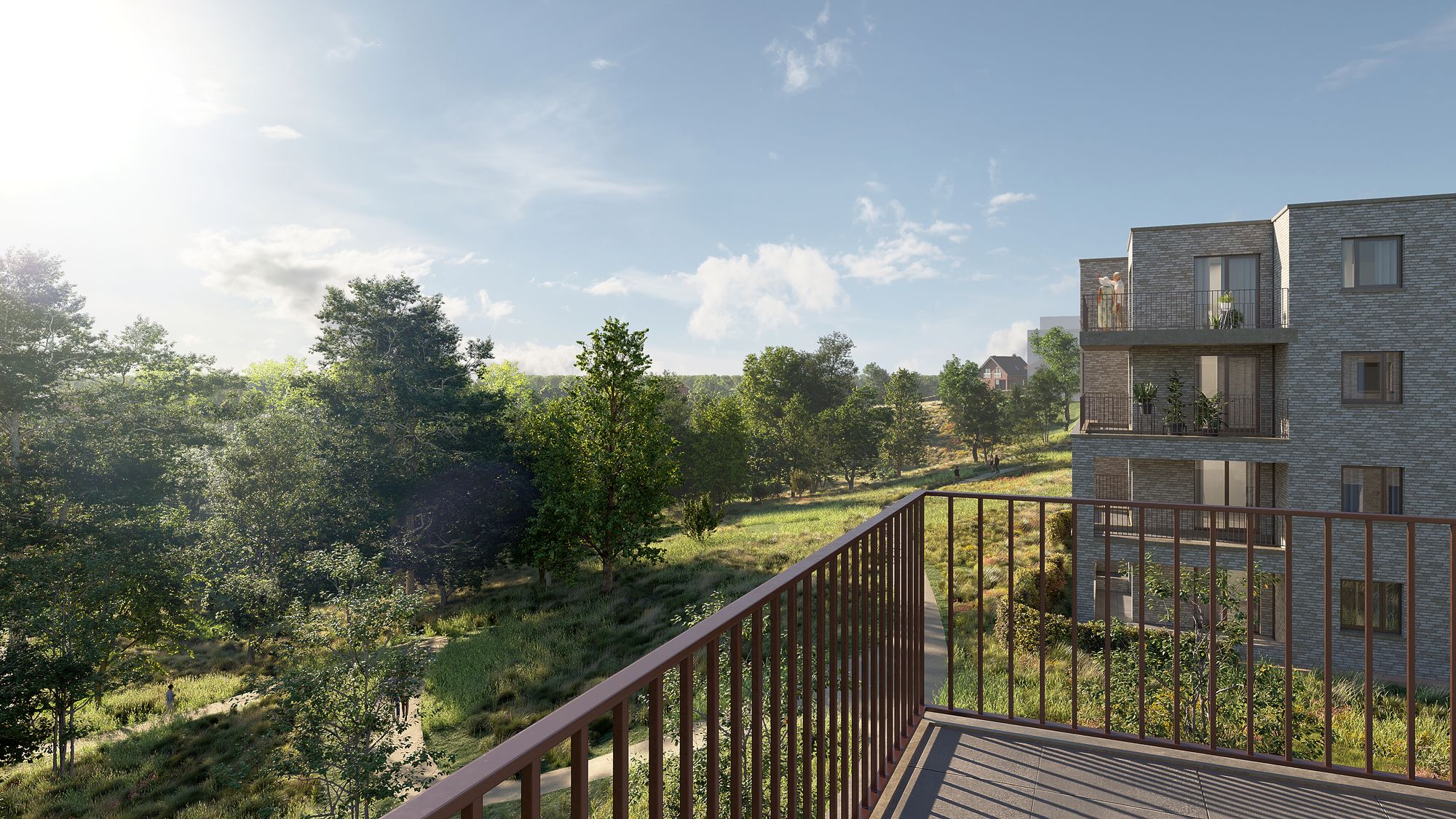