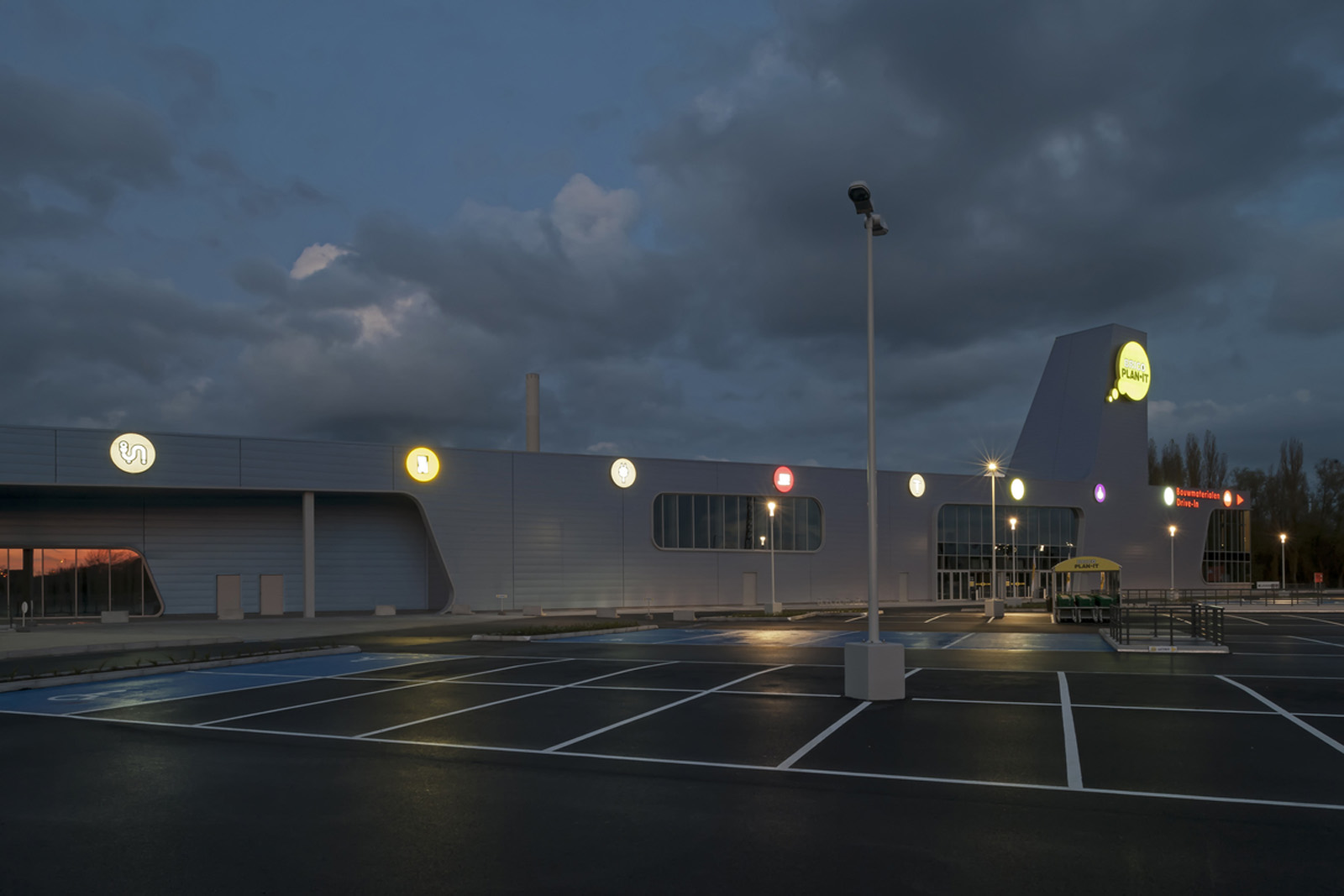 This retail building is located at the roundabout serving the new Arteveldestadion in Ghent. A pedestrian street brings visitors from that square to the main entrance to the football supporters’ car park and to the retail building entrance. The building is located on top of the semi-underground car park of approximately 31,156 m² (1,115 spaces). As a result, it is lifted above the ground level and gets a base as it were. 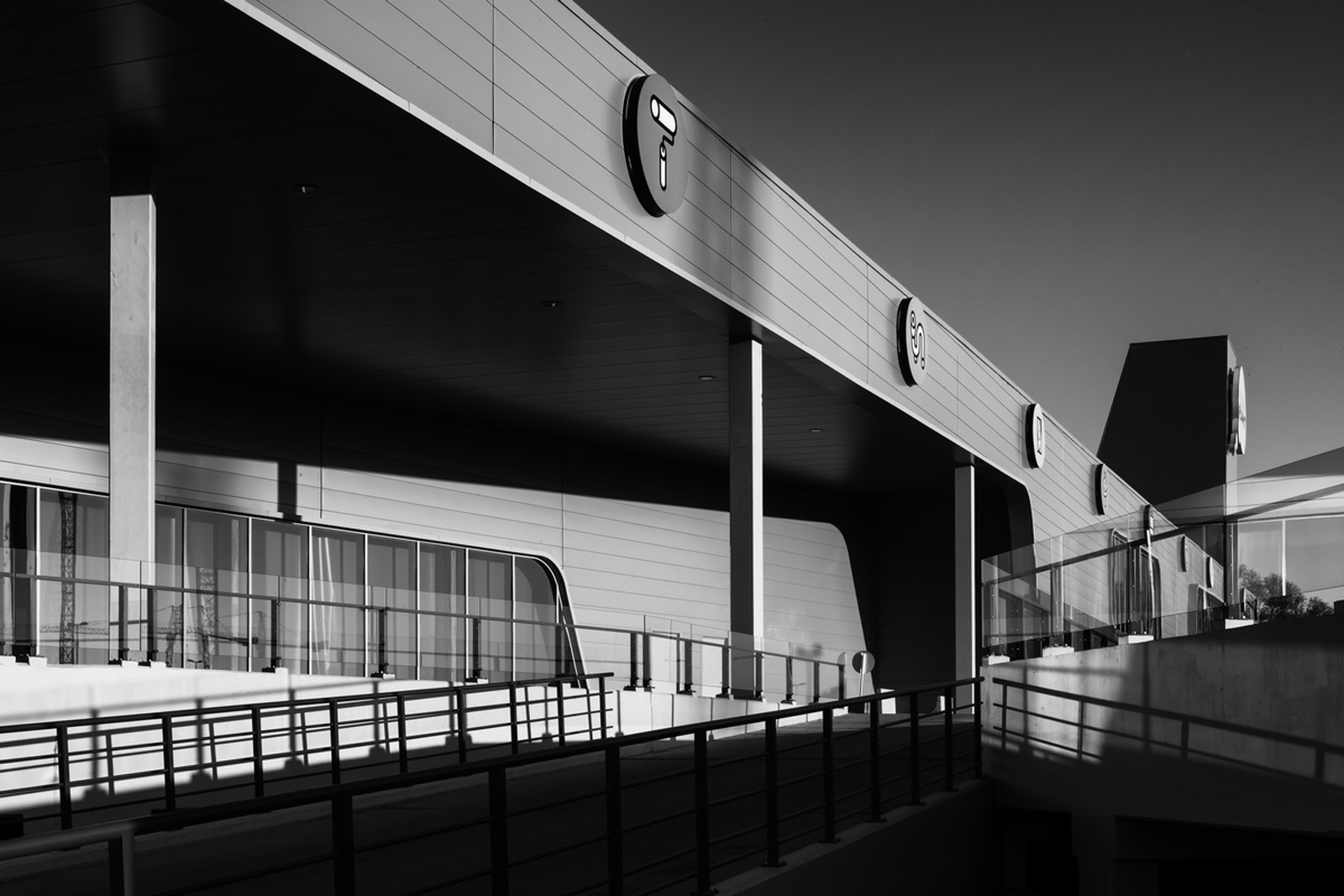 The roof is slightly sloping and fully used as a green roof. An awning is planned at the height of the intersection between the stadium and the Brico Plan-it. This lowest point of the roof forms the articulation between both sites and is an urban meeting place. On the east side, above the technical services and administrative areas, the roof reaches its highest point.

The building is divided into three zones: a retail space of 8,080 m², a drive-in of 2,209 m² and in-between the warehouse space of 1,877 m². The drive-in is also incorporated in the volume, which gives the building its homogeneity. There is plenty of natural light, both inside the store and in the drive-in. The strong flowing lines and openings of the façade give the building a light and varied appearance.

The cladding consists of steel sheeting, giving the whole structure a light feel. The colour varies from grey to blue to purple, depending on the sun’s position and the viewing direction. The future stadium building will be mirrored in it. An advertising tower of about 30 m in the same cladding is planned next to the entrance. 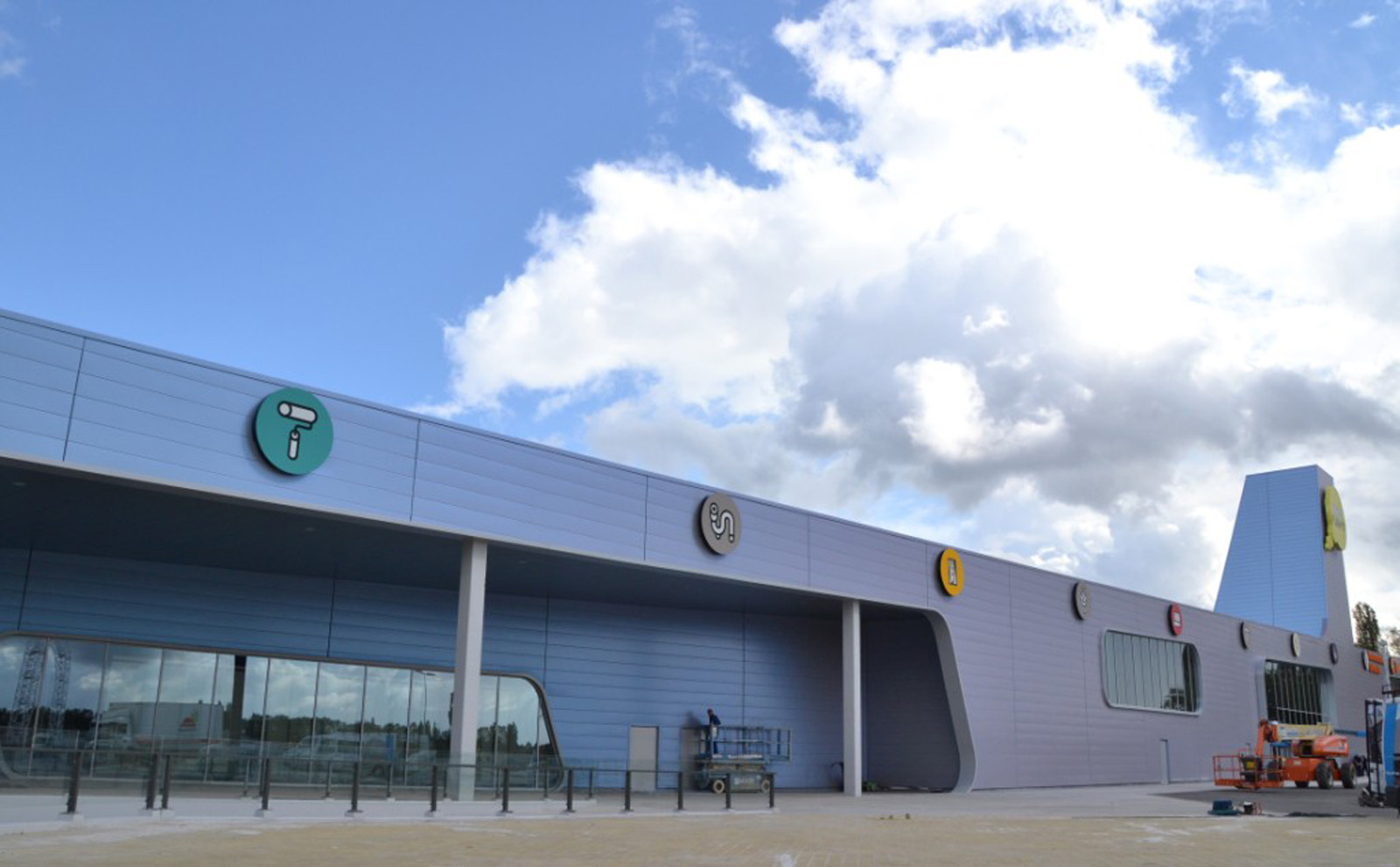 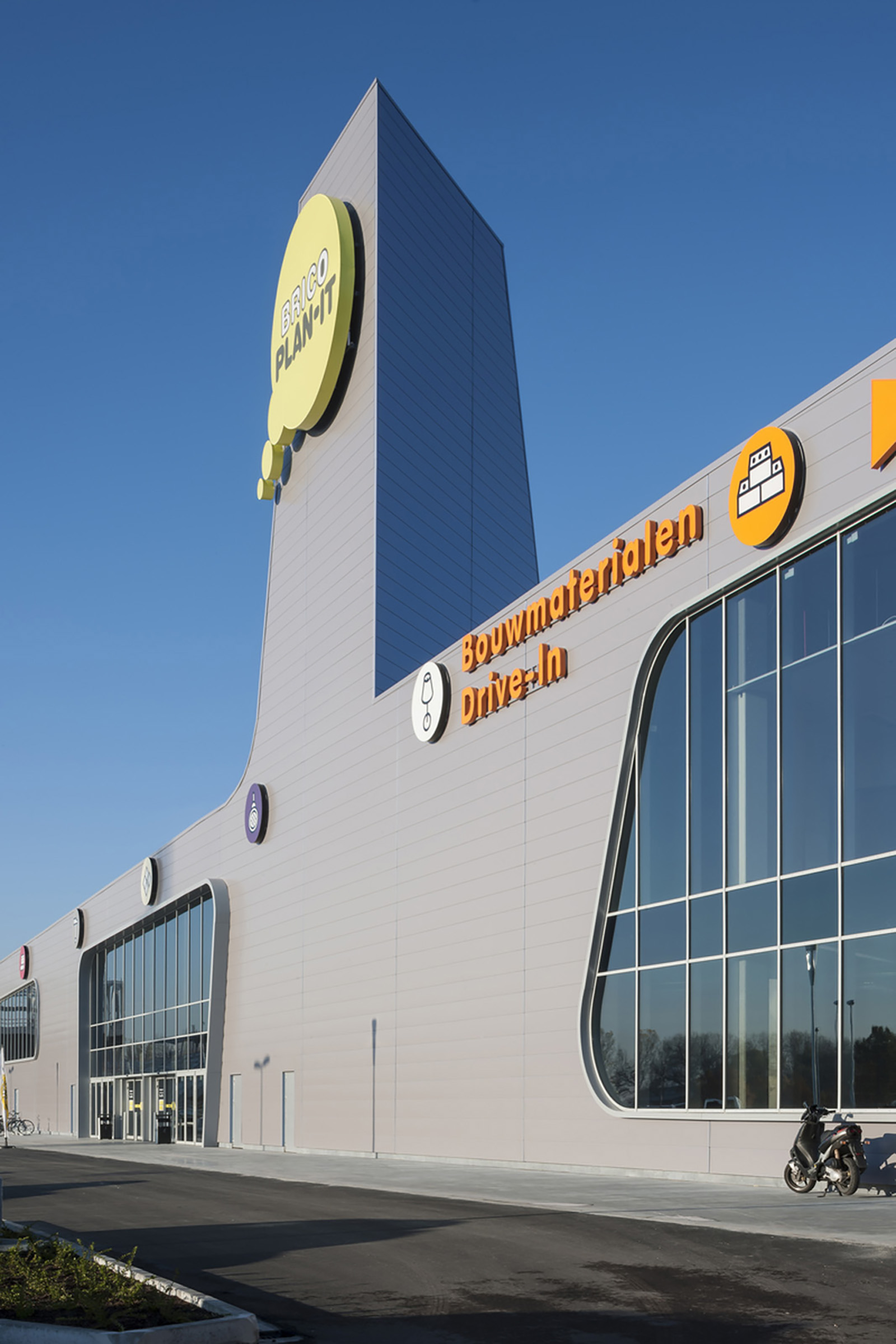 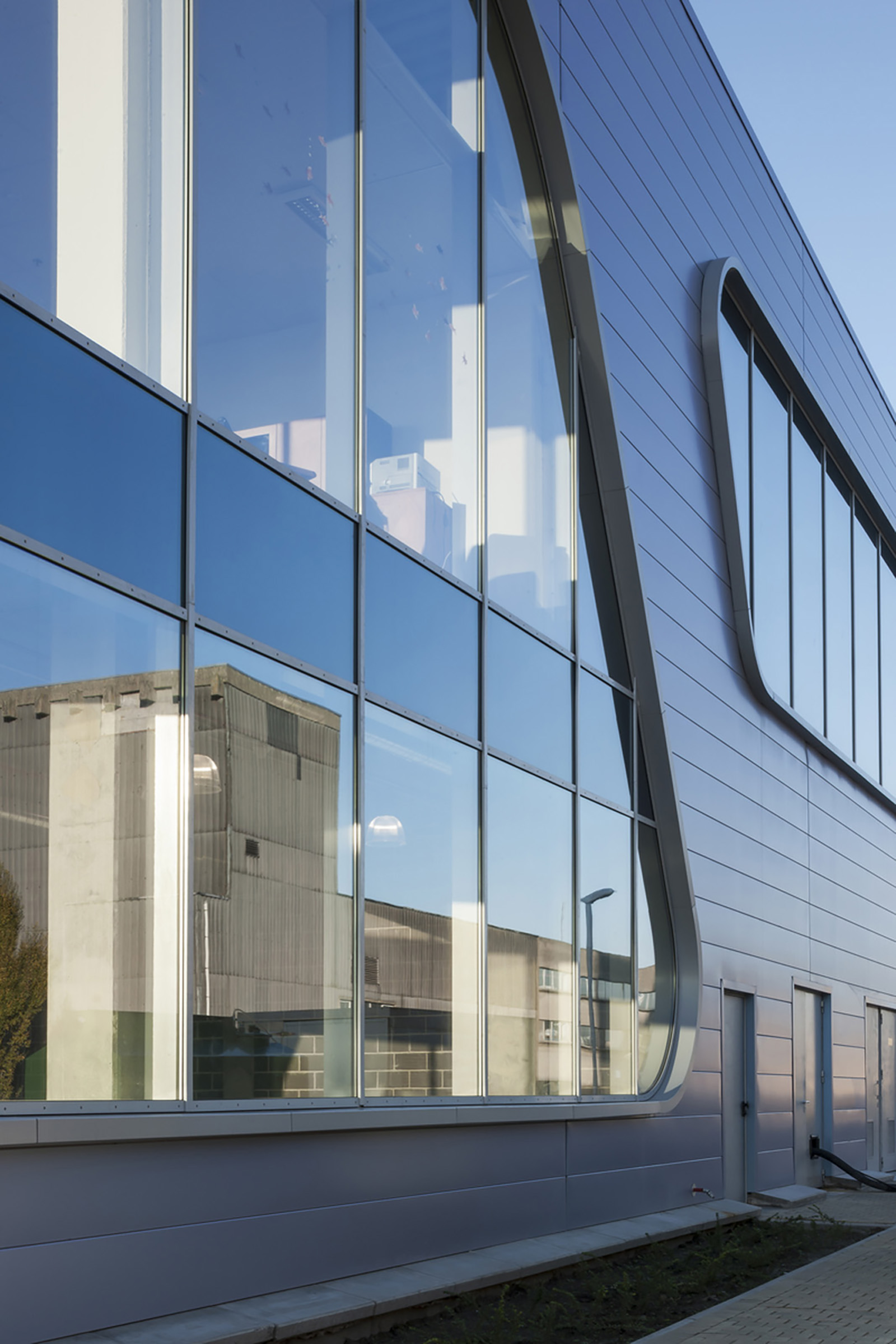