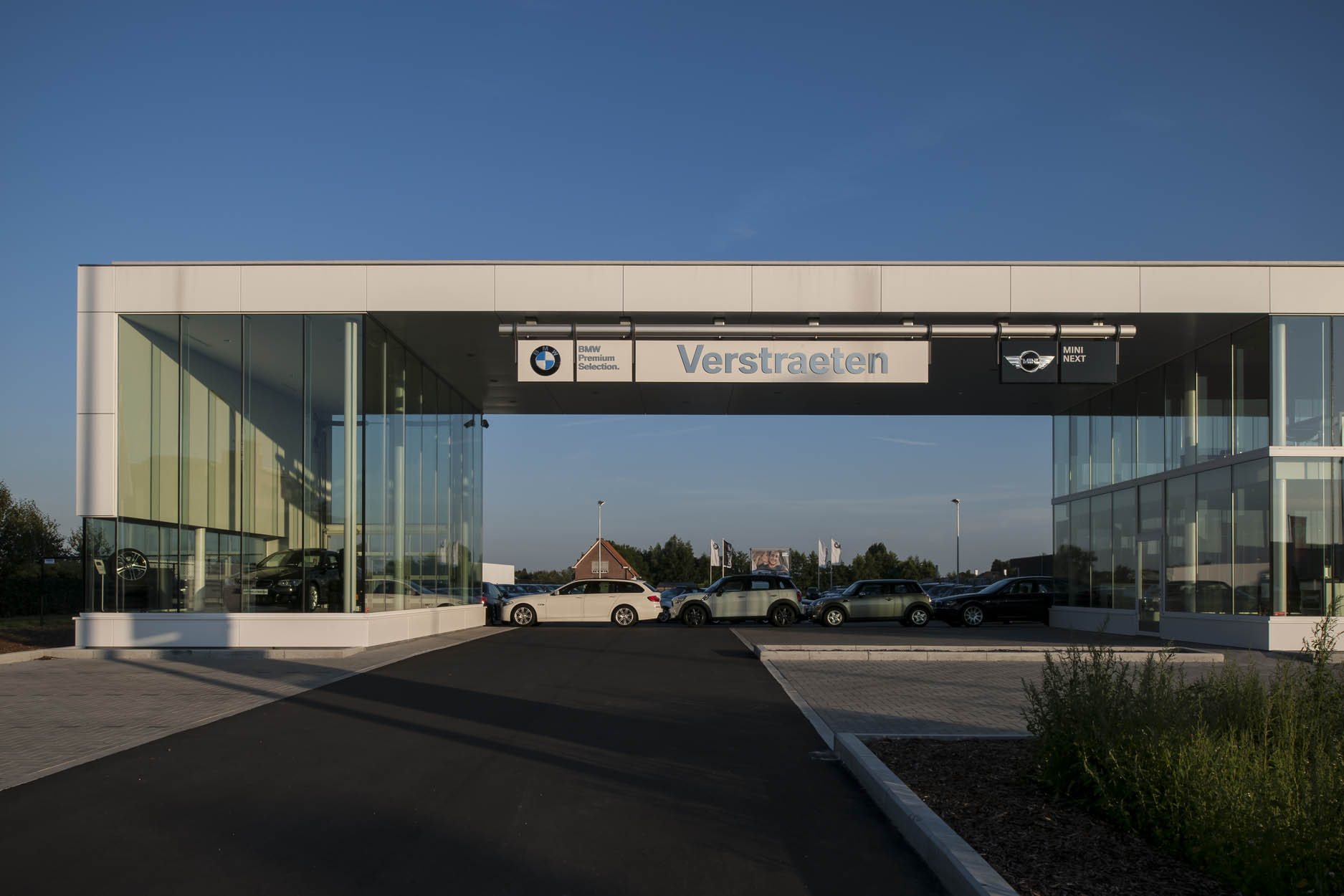 Following the great success of its used car activities, this second-hand BMW car dealership was relocated along the Antwerpsesteenweg in Lochristi. 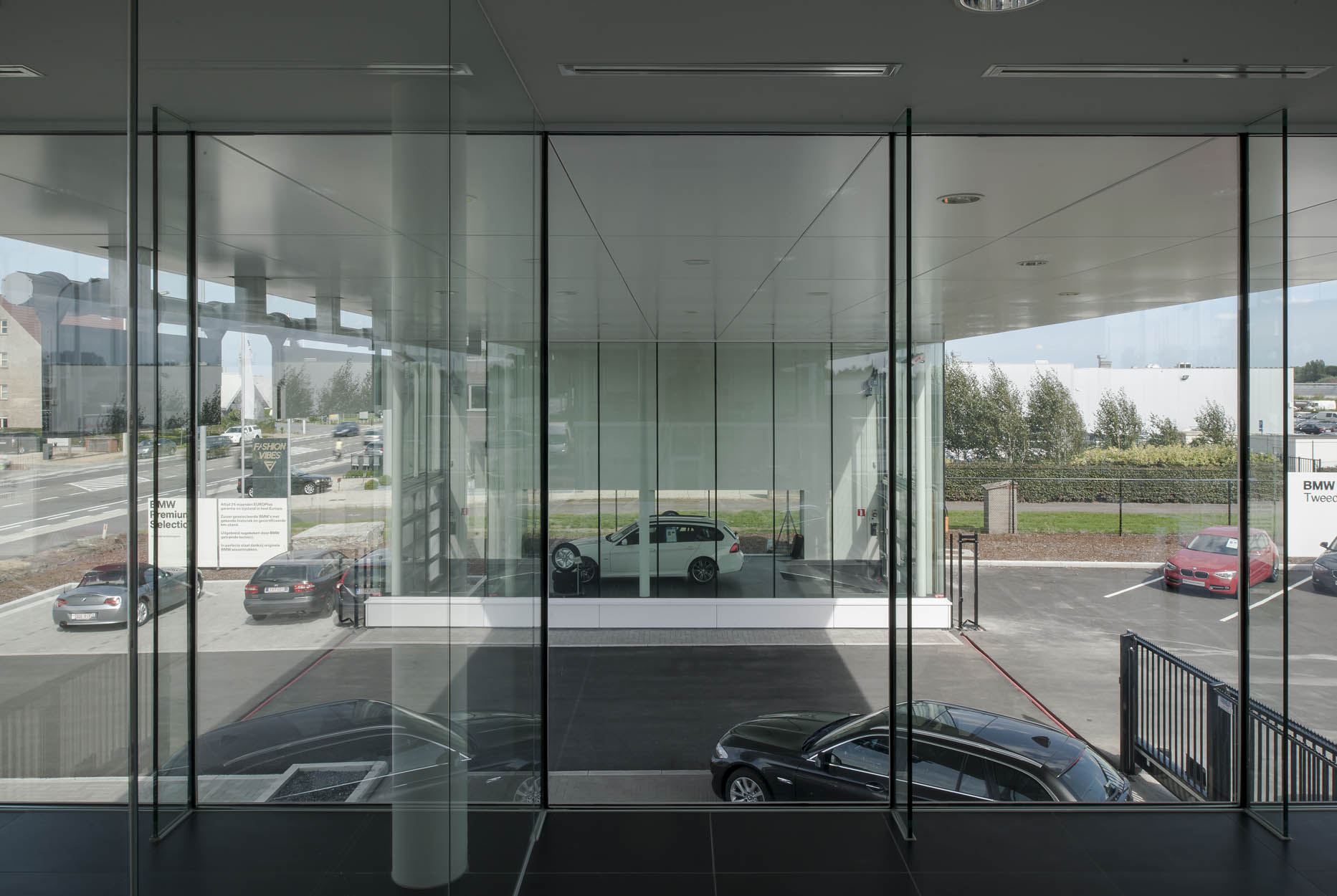 The dealership consists of a building accommodating a modest showroom and office space. An area has been earmaked outside to store vehicles.

The new building acts as a projecting tunnel and, as an architectural solution, complements the existing building located at number 81. As for the latter, it is characterized by an introverted facade with perforations at the height of the car boxes. Both commercial buildings are clad in white glass, which creates a visual link between the two.

The tunnel feature in the new building is created by connecting two glazed volumes with a common glass canopy. A skirting system is used by the two domed volumes, once more tying in with the existing sales building. 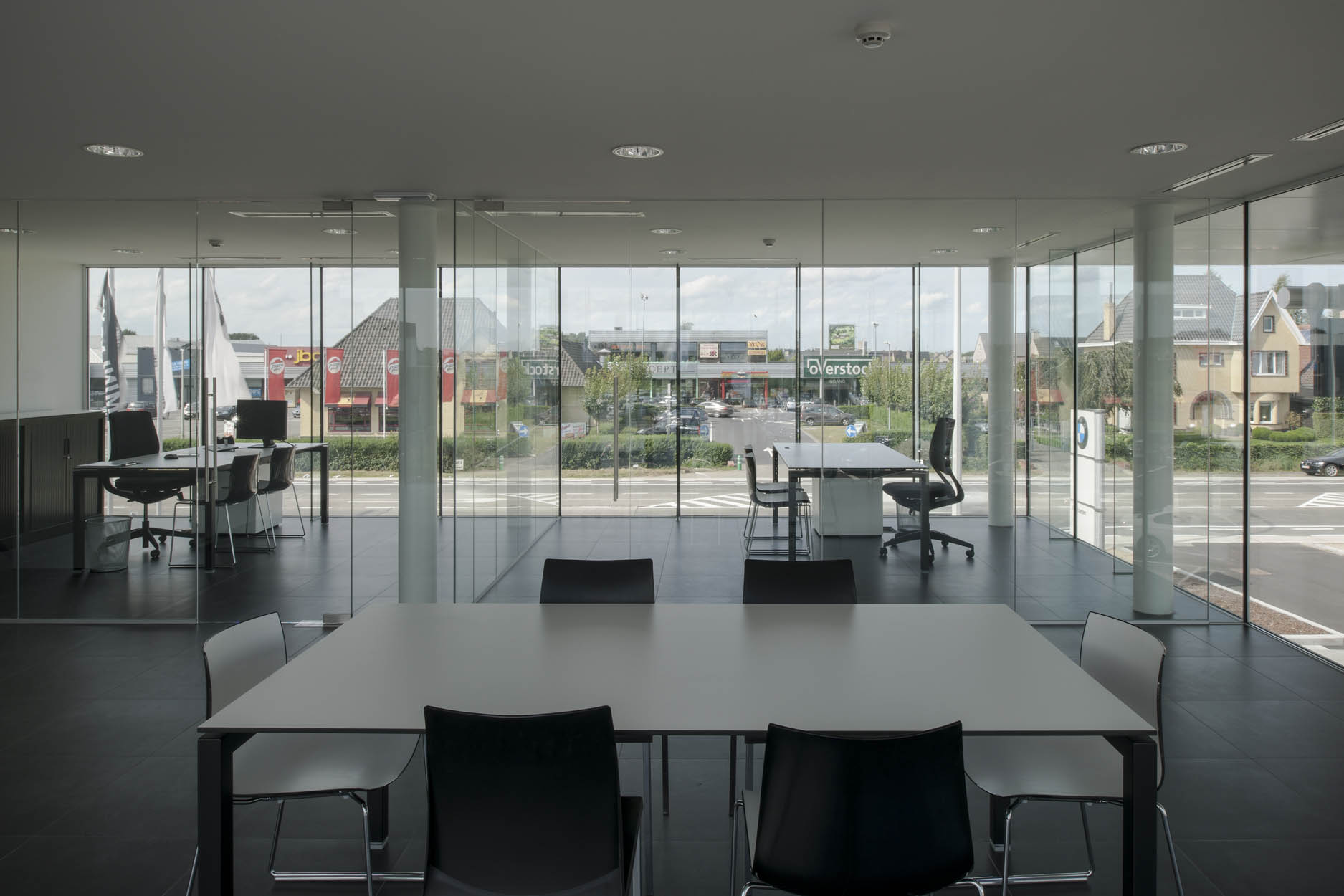 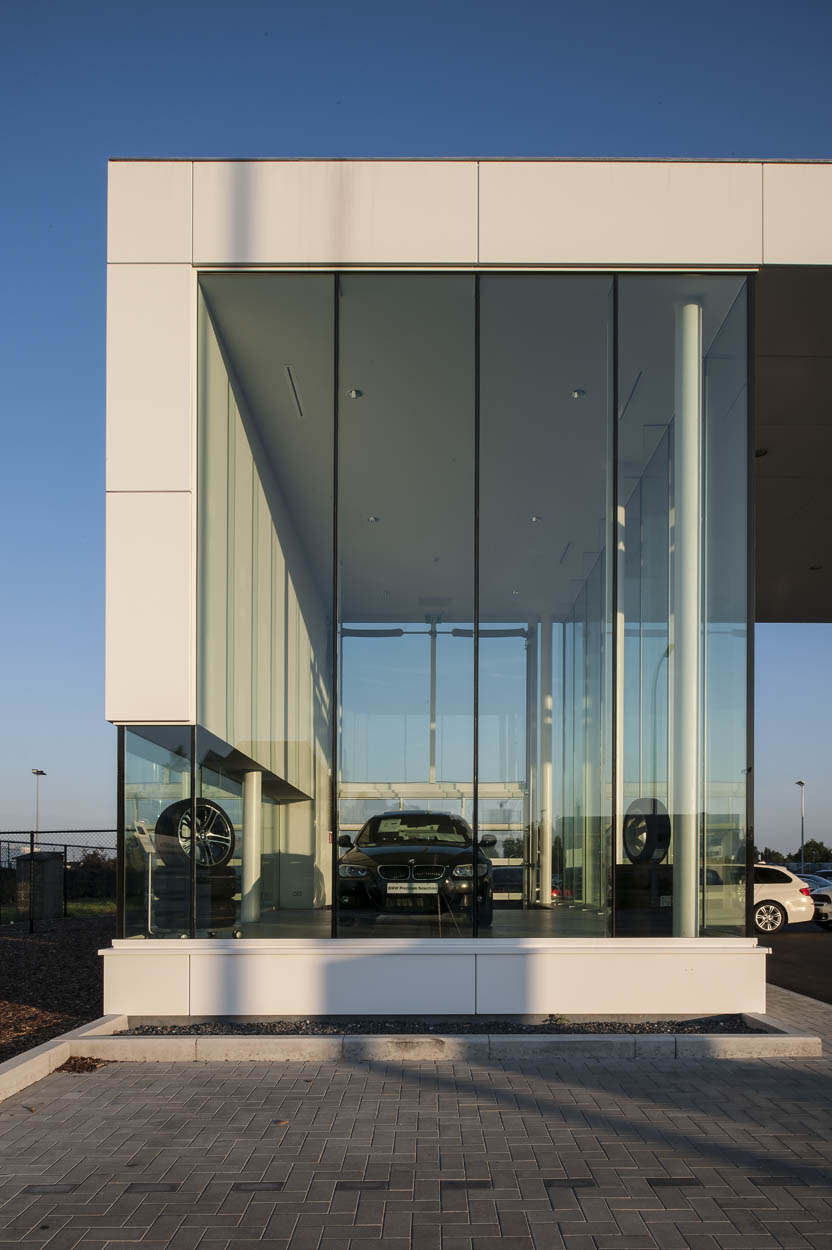 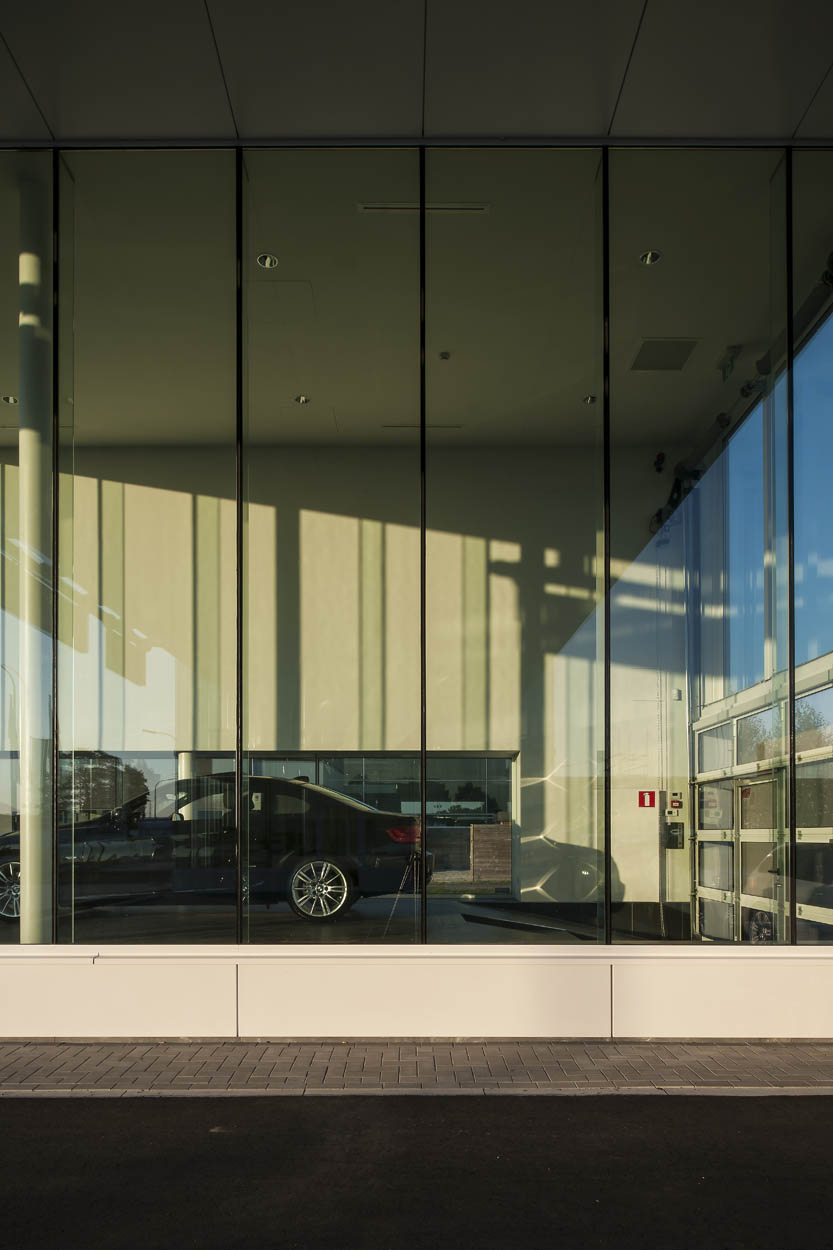 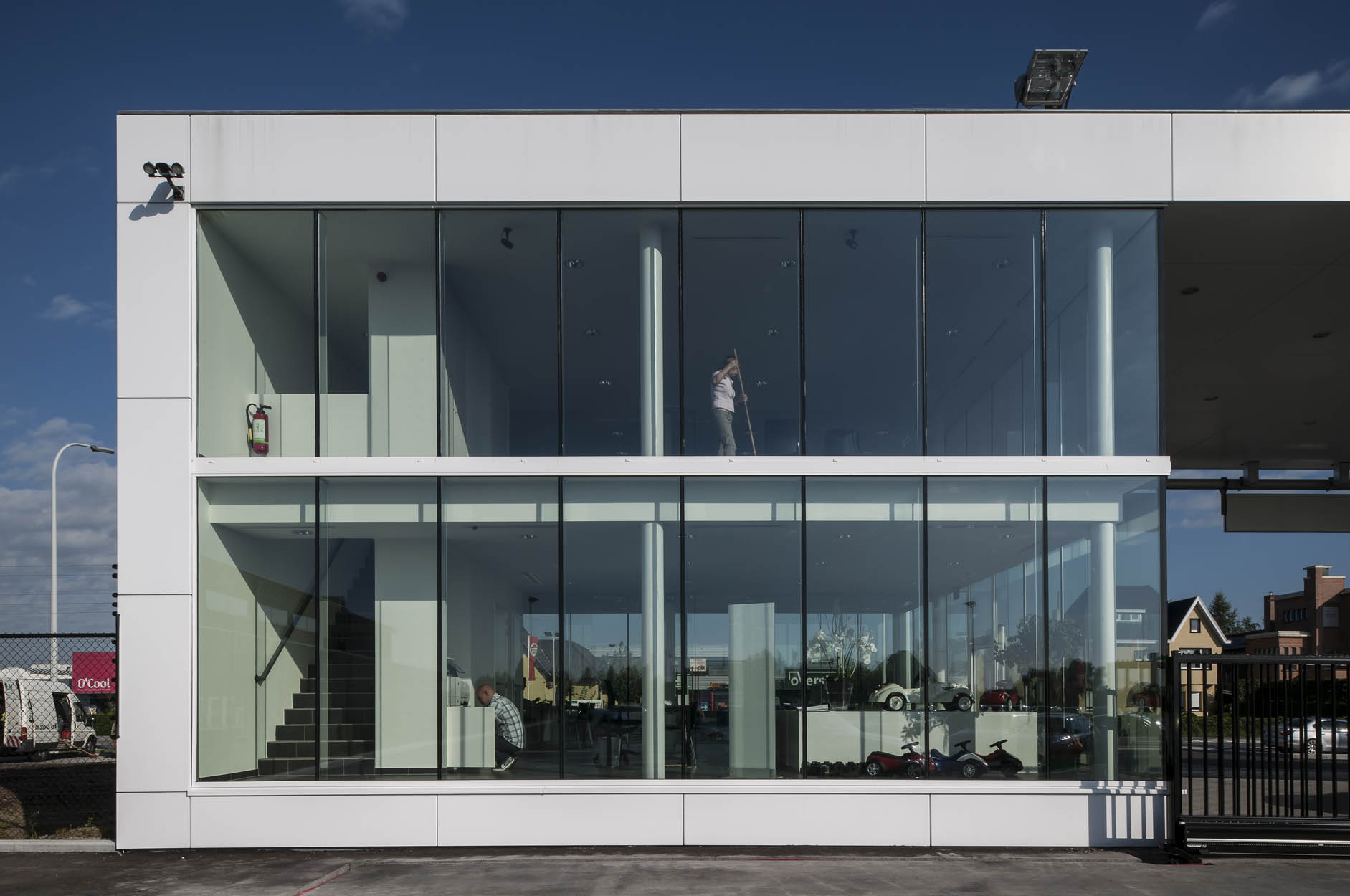