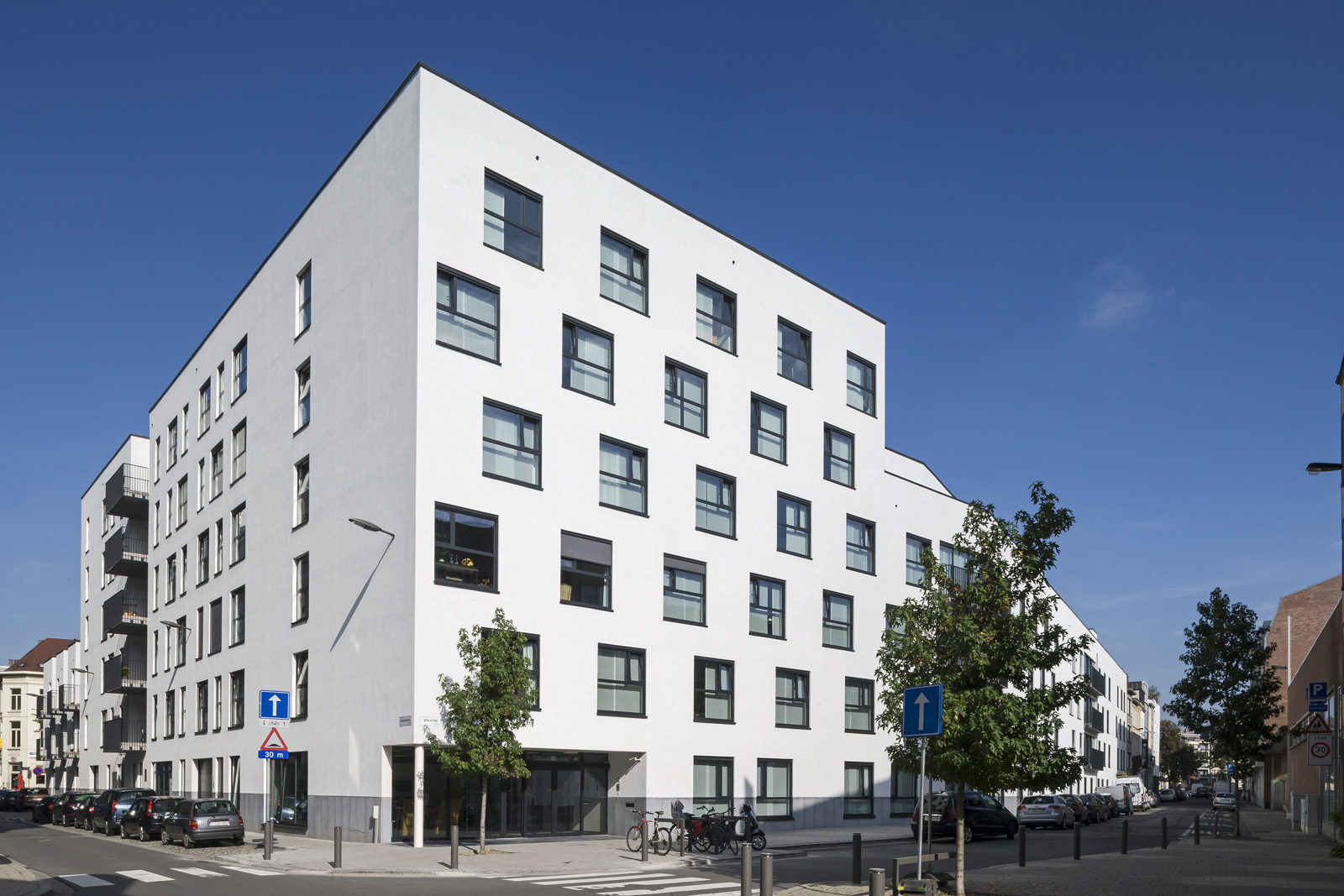 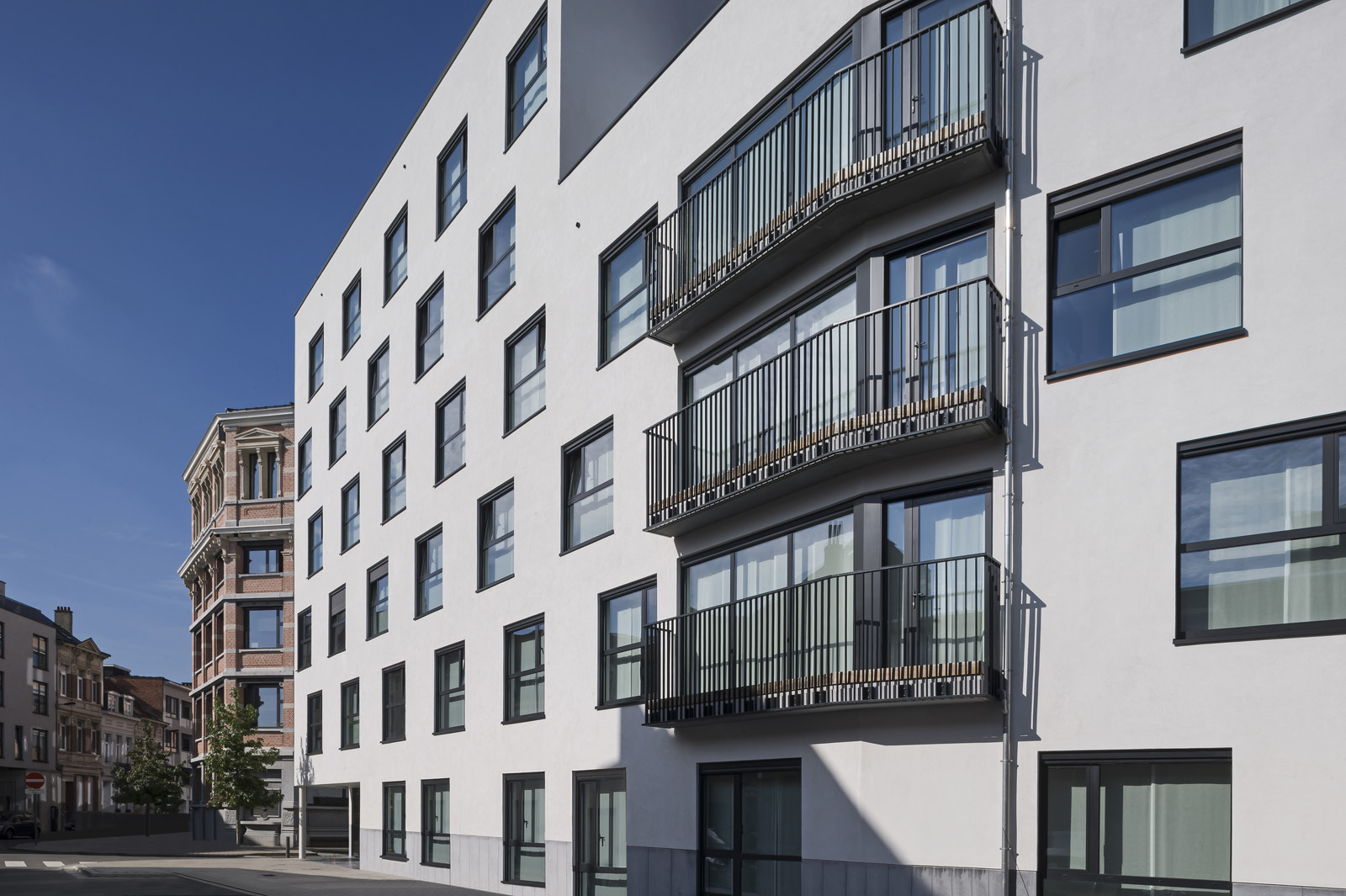 The City of Antwerp aims to tackle several issues. The most important of these issues is reunifying the housing block’s broken appearance. The City of Antwerp is also striving to provide a sufficiently large, varied and high-quality supply of homes and to stimulate cycling.

The development project will blend in well with existing building heights and designations in the Boudewijnssteeg and the Solvynsstraat unifying the previously discontinuous housing block – bound by the Boudewijnsstraat, Solvynsstraat, Miraeusstraat and Paleisstraat – into a logical single entity.

Facade variations will be achieved by functional division between service flats, luxurious nursing rooms and standard nursing rooms. The rhythm of the facades is interrupted in some places by specific underlying functions that divide long building blocks and scale them to manageable city blocks. Also the entrance to the car park will be incorporated into the building and integrated with the front facade.

The landscaped theme surrounding the building will be continued on the building’s green roofs. The architecture establishes a variety of visible roof sections whereby green roofs will provide an additional landscaped surface. Hedges will serve as screens between roof terraces.

A daycare, cafeteria and commercial units will be located on the ground-floor level. The volume around park Arthur houses the service flats. The blocks along Boudewijnstraat and Solvynstraat include the nursing rooms. Form and function will therefore be closely interwoven.

A park, Park Arthur, will be landscaped and handed over to the City of Antwerp on completion.

This development project is a joint venture with RDBM Architects (Byron Group). 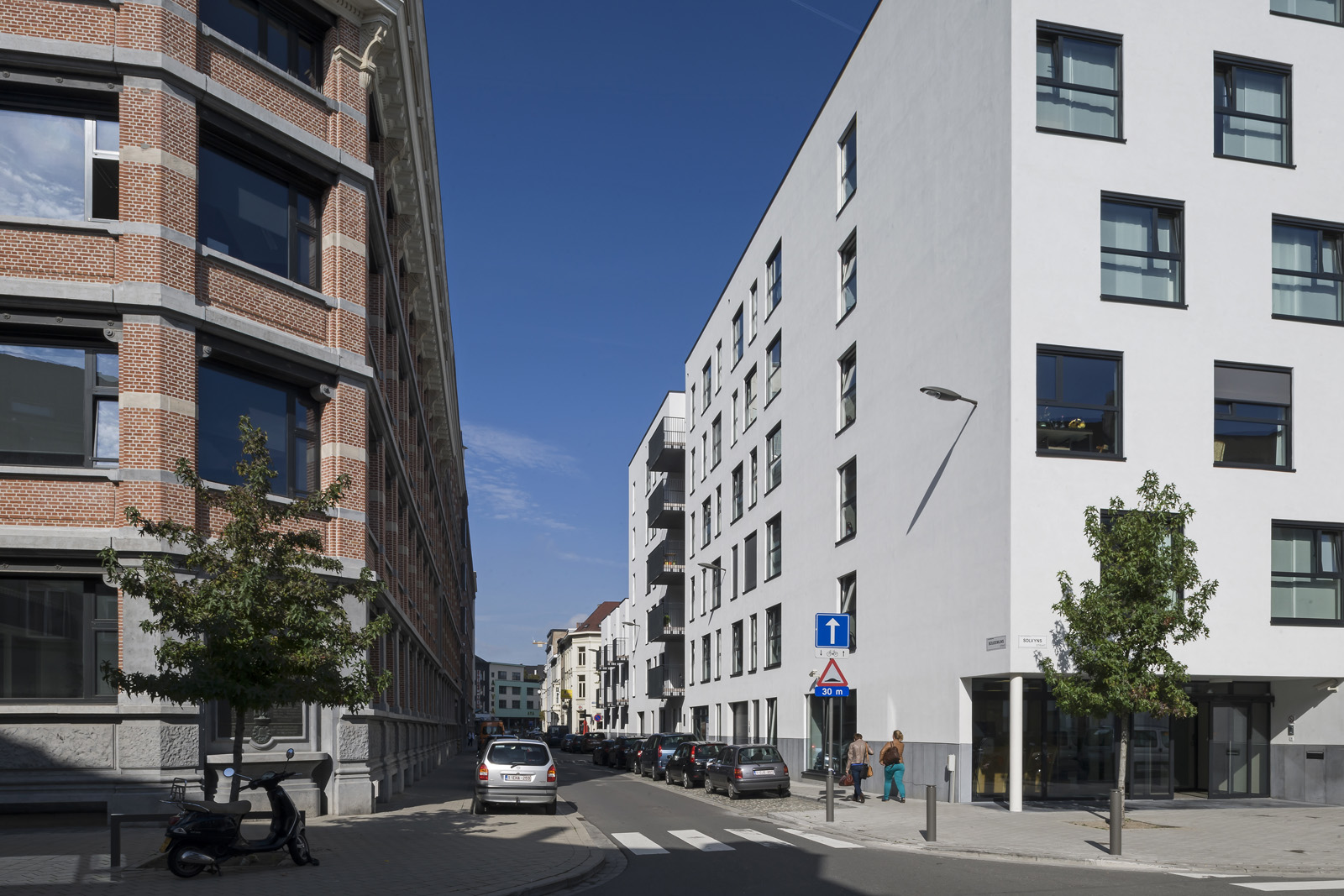 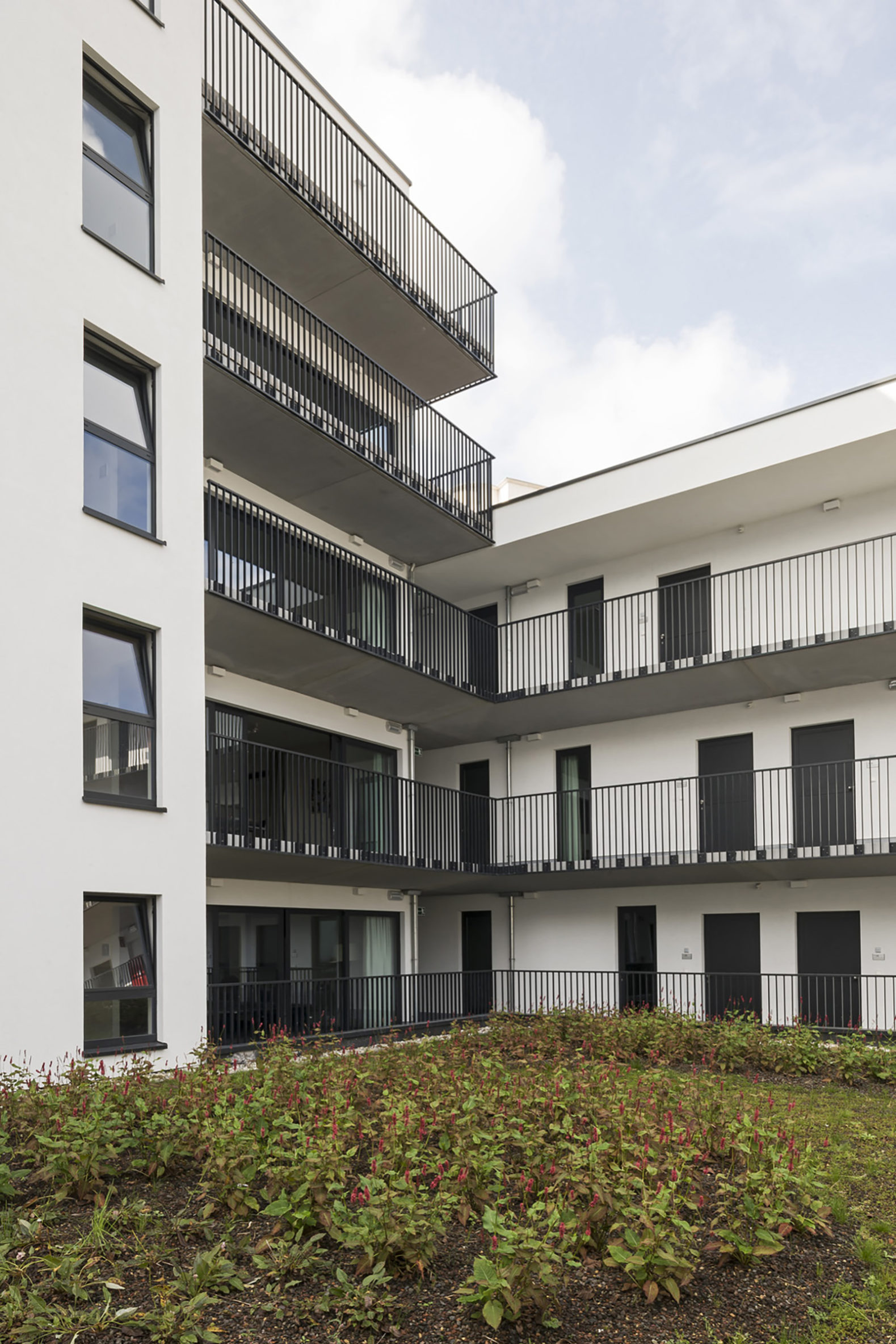 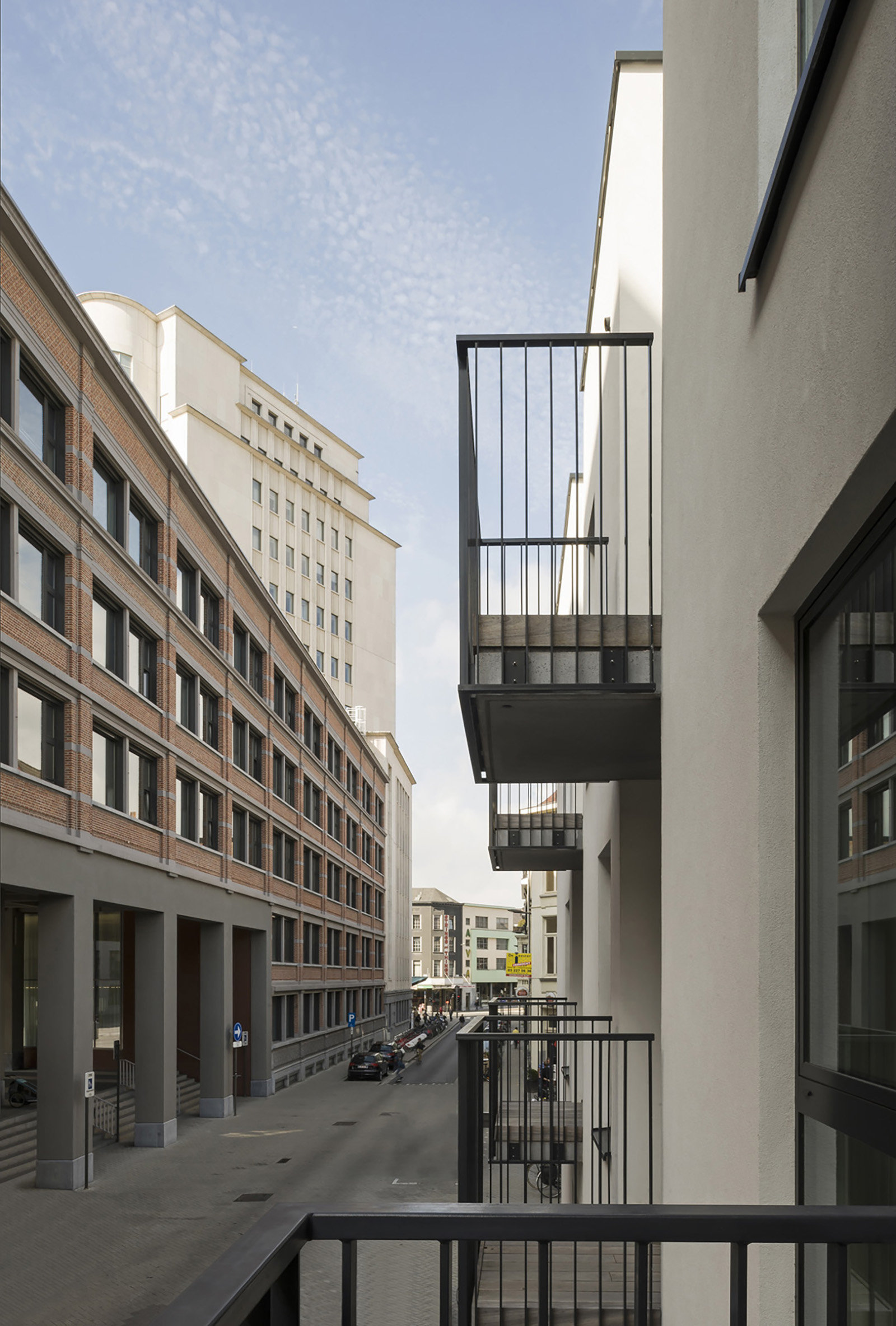 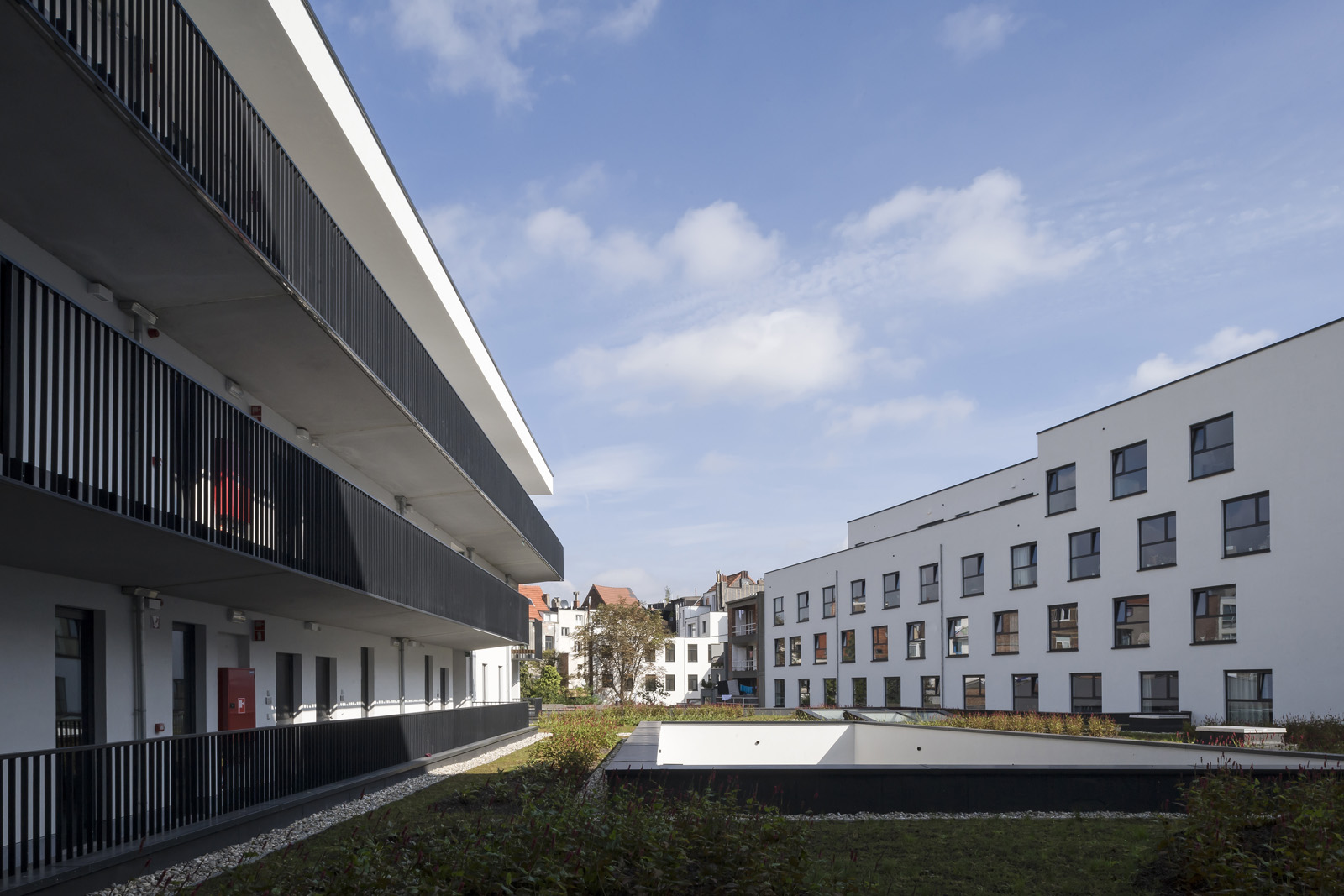