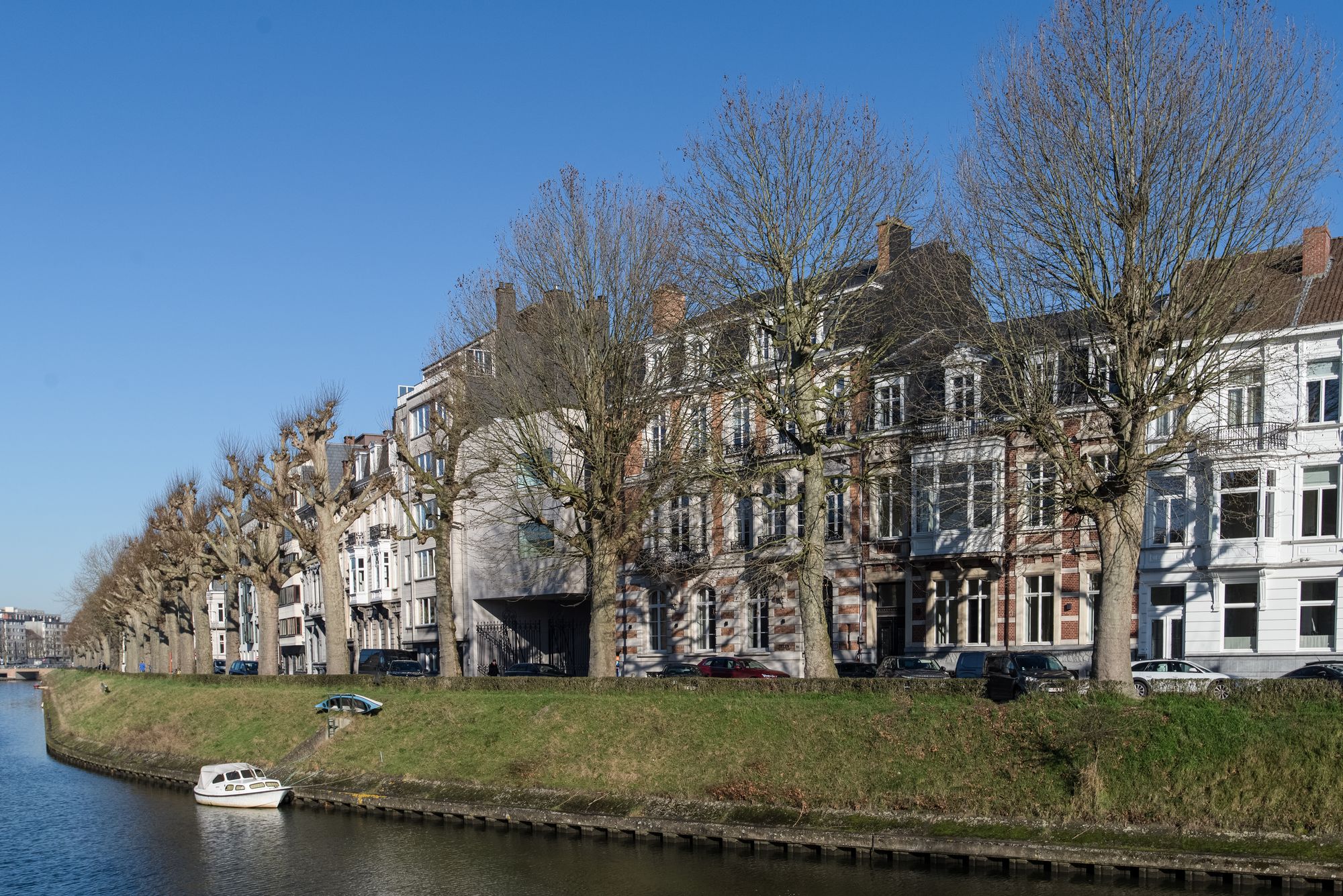 The building at No. 100 Coupure Rechts was used as an office until 2010 when Delen Private Bank acquired it with the intention of expanding the existing bank branch at No. 102 Coupure Rechts. 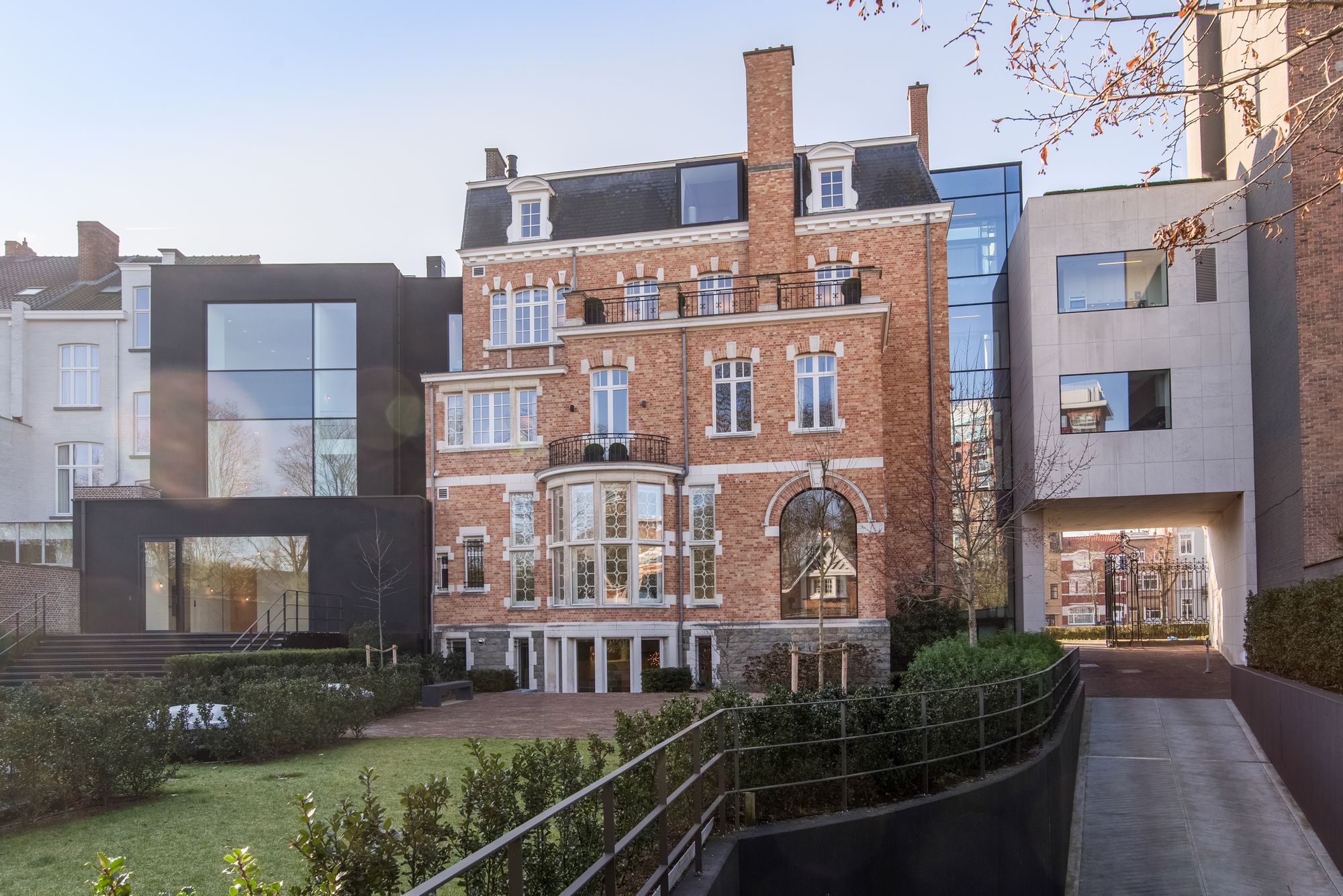 The façade featuring painted exterior joinery and an early 20th century bow-window was restored in 2012 and remains unchanged. The rear façade was rebuilt several times in the past. In the new design, the façade finish is raised to the kink in the former mansard roof, integrating a vertical window over two levels to maximise natural light. The façade cladding is in a darker finish to give each building its own identity. The existing building is preserved as much as possible, which implies restoring the historic rooms on levels 0 and 1 to their original configuration.

A connection between the two buildings has been created in the entrance hall of No. 102. The extension will be configured into reception areas for customers and offices on the ground floor and first floor. The second floor will accommodate a landscape office, with a direct access to the landscape office in No. 102 Coupure Rechts.

In order to preserve the historical value of the building, the technical installations are housed under the mansard roof. All the floors can be accessed using the three lifts in No. 100 and No. 102. In order to meet the requirements for partitioning and evacuation, the original stairwell has been relocated from level 2 to the evacuation level by integrating a new staircase between levels 1 and 2.

The two gardens, which are located above the underground car park serving No. 100 and No. 102, will be merged into one large city garden with a view of the park at the rear. 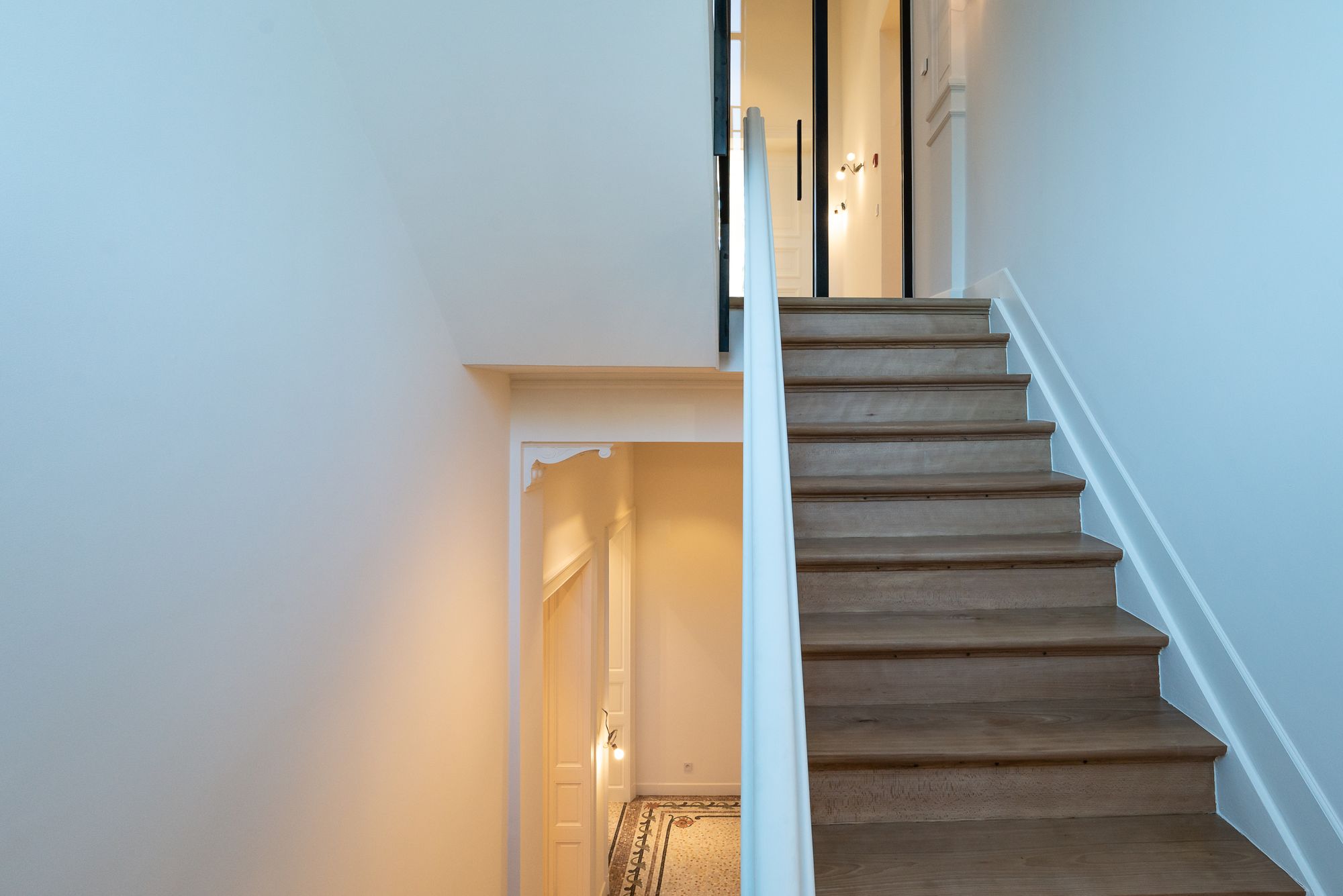 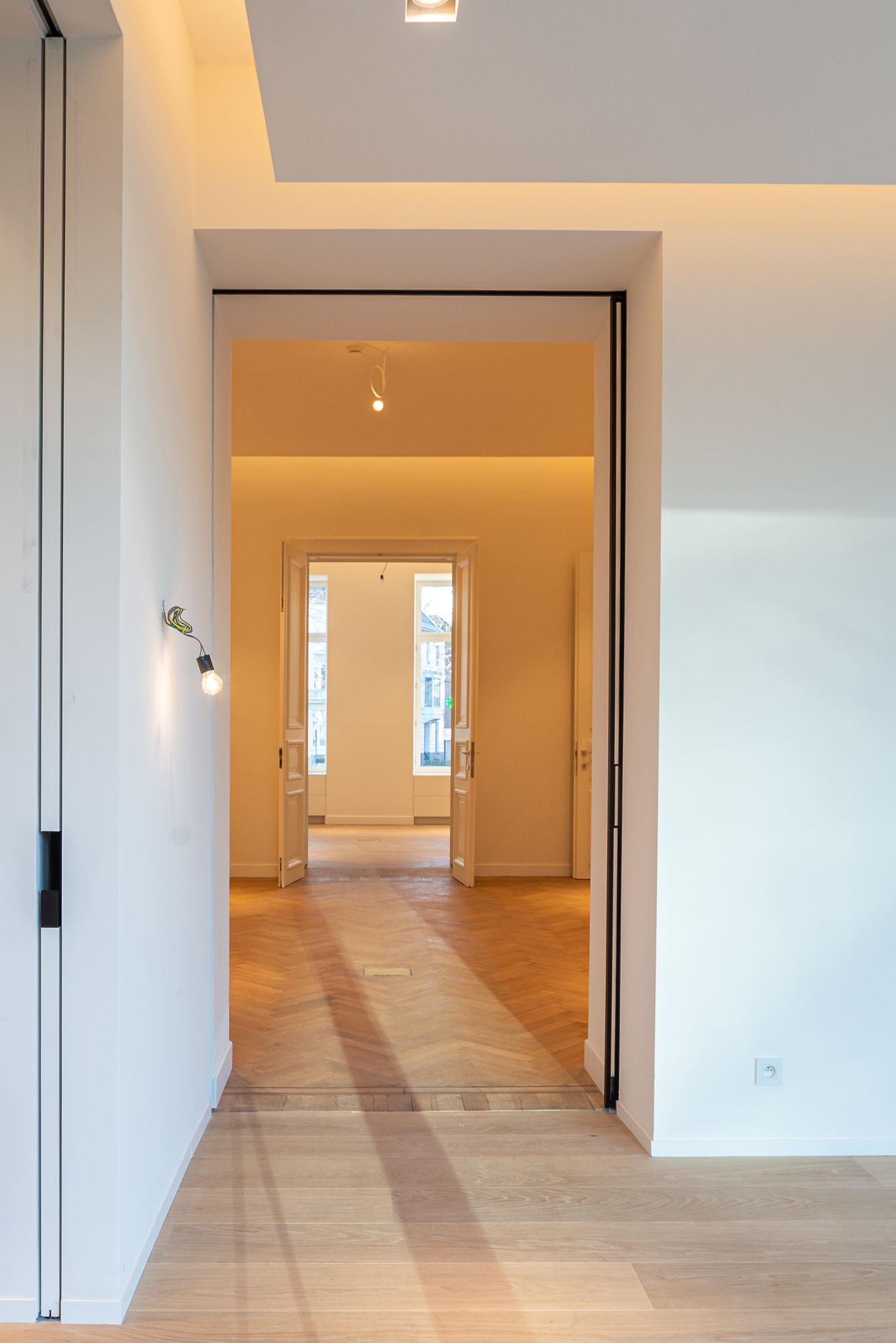 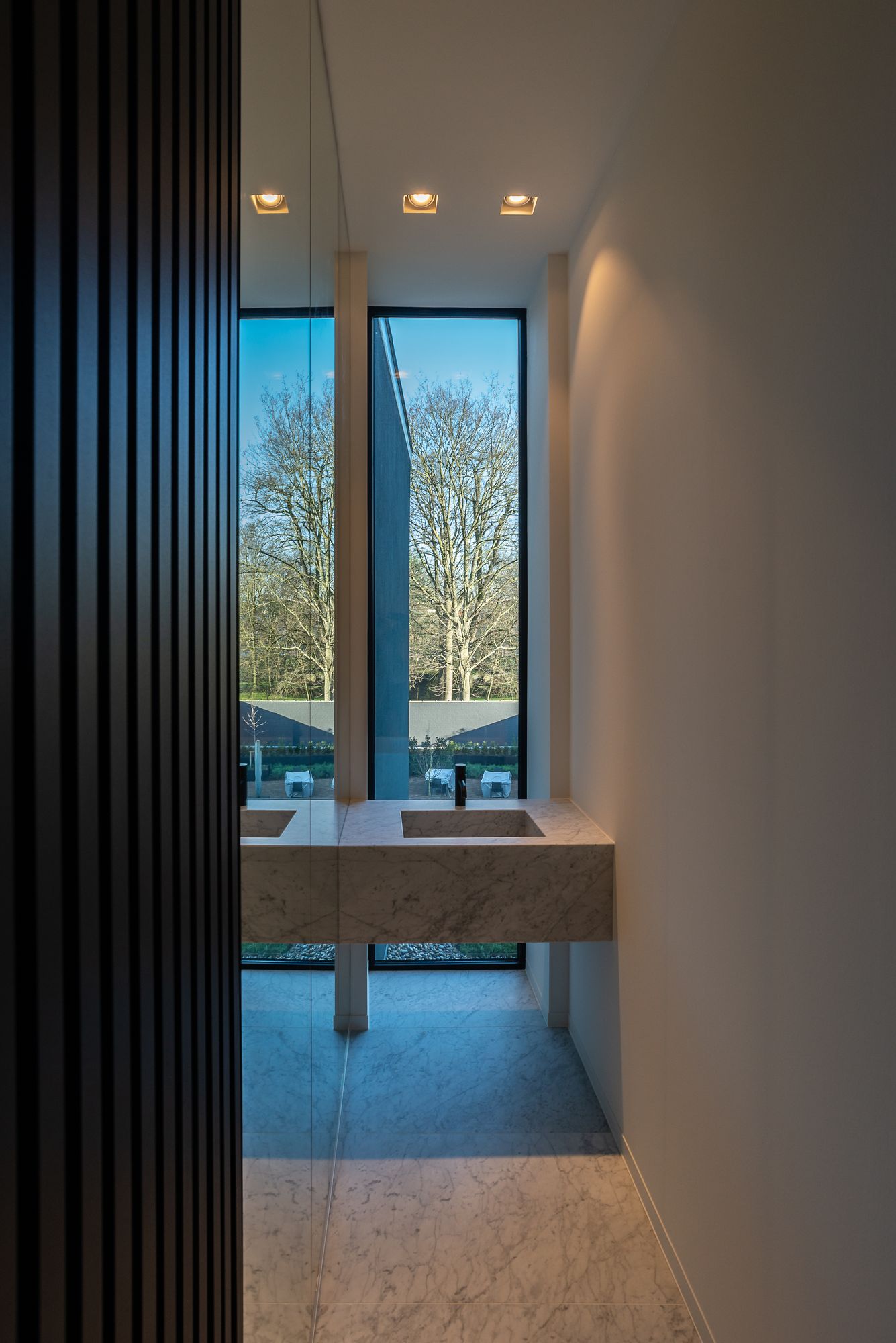 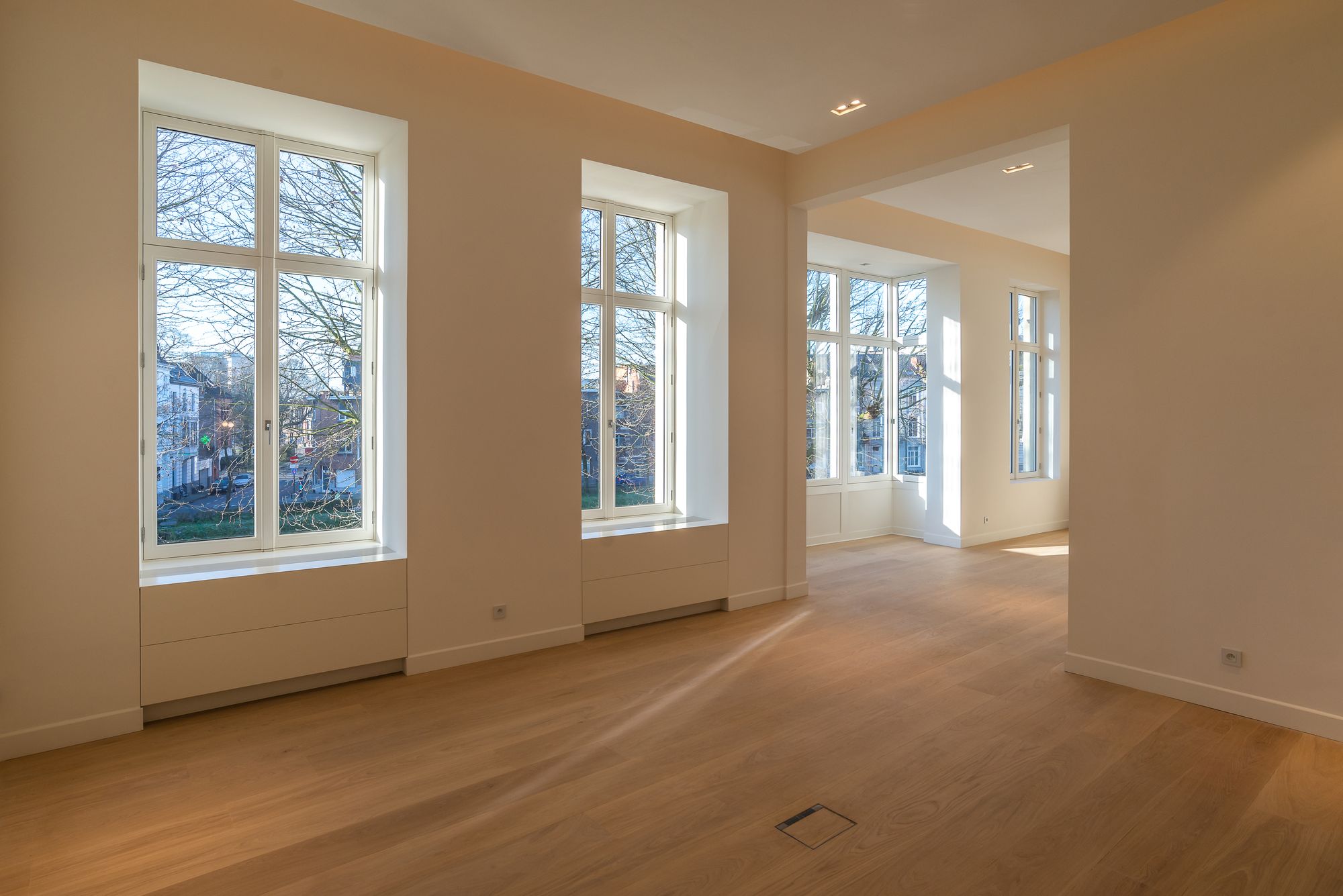