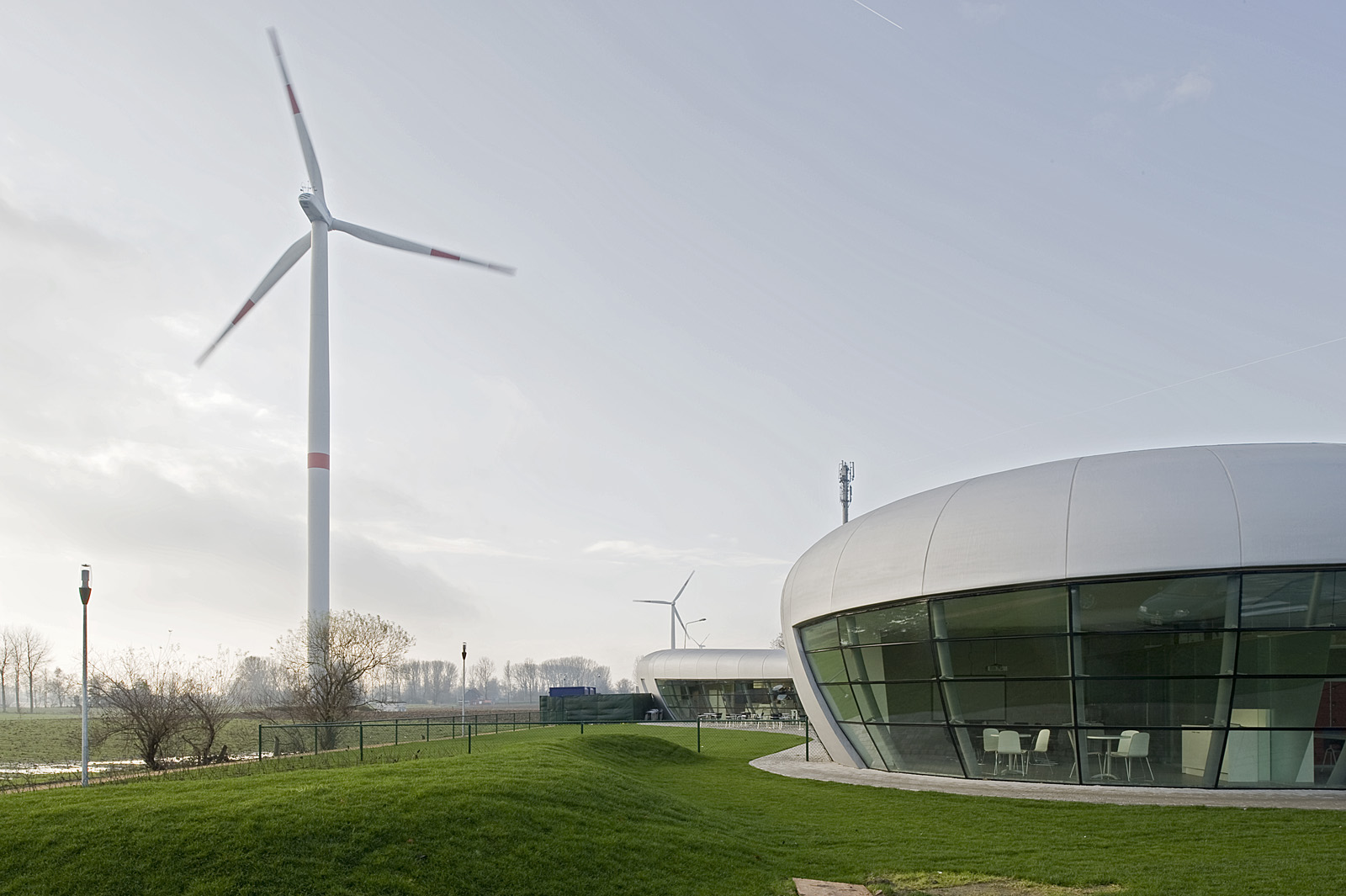 The Texaco building in Kruibeke is particularly progressive and innovative for Flanders in terms of its architecture, technology, construction, materials, etc. 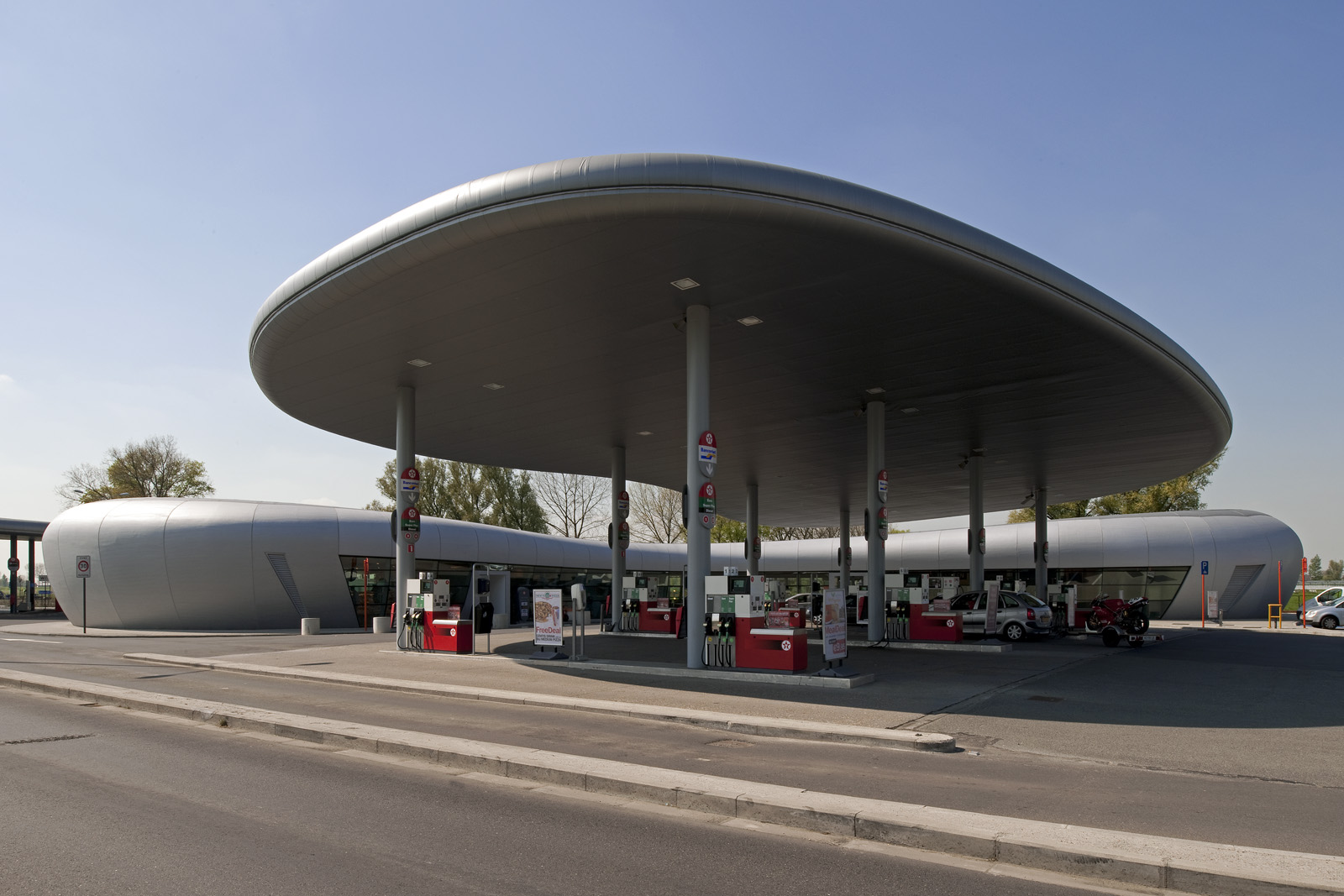 The service area building is part of a petrol station along the E17 Kruibeke/Beveren motorway and appropriately makes reference to an oil stain.

It forms a transition from fast to slow, noisy to tranquillity, commotion to calm and rectilinear to organic. The service area acts as a pivotal point – its length and organic character form a perfect symbiosis between the surrounding countryside and mechanical world. The building is continuous but made up of interconnected convex and concave surfaces. Entranceways and large expanses of glass were concentrated in the building’s niches whereas the outer lobes have a more closed and solid character.

The building’s very specific organic form draws on the speed that dominates on the motorway – seemingly opening itself up when passing by. A revolutionary polyurea hot-spray technique was used for the facade, a technology that originates in the shipbuilding industry. This allowed the entire facade cladding to be implemented seamlessly. Large expanses of glass were inspired by an insect’s compound eyes in which flat, triangular planes mimic a smooth curved surface.

Shortlisted for the Belgian Prize for Architecture and Energy 2009 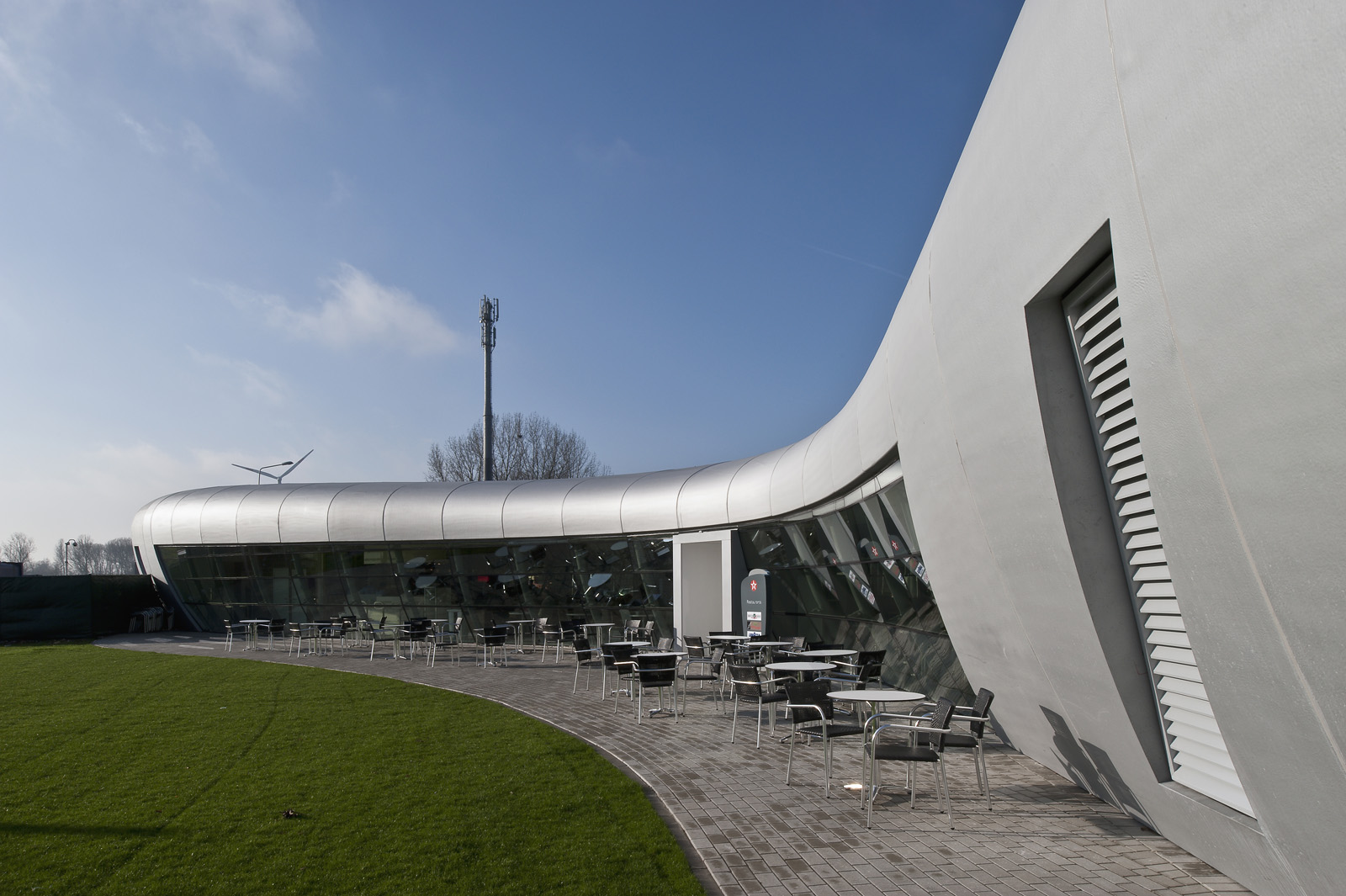 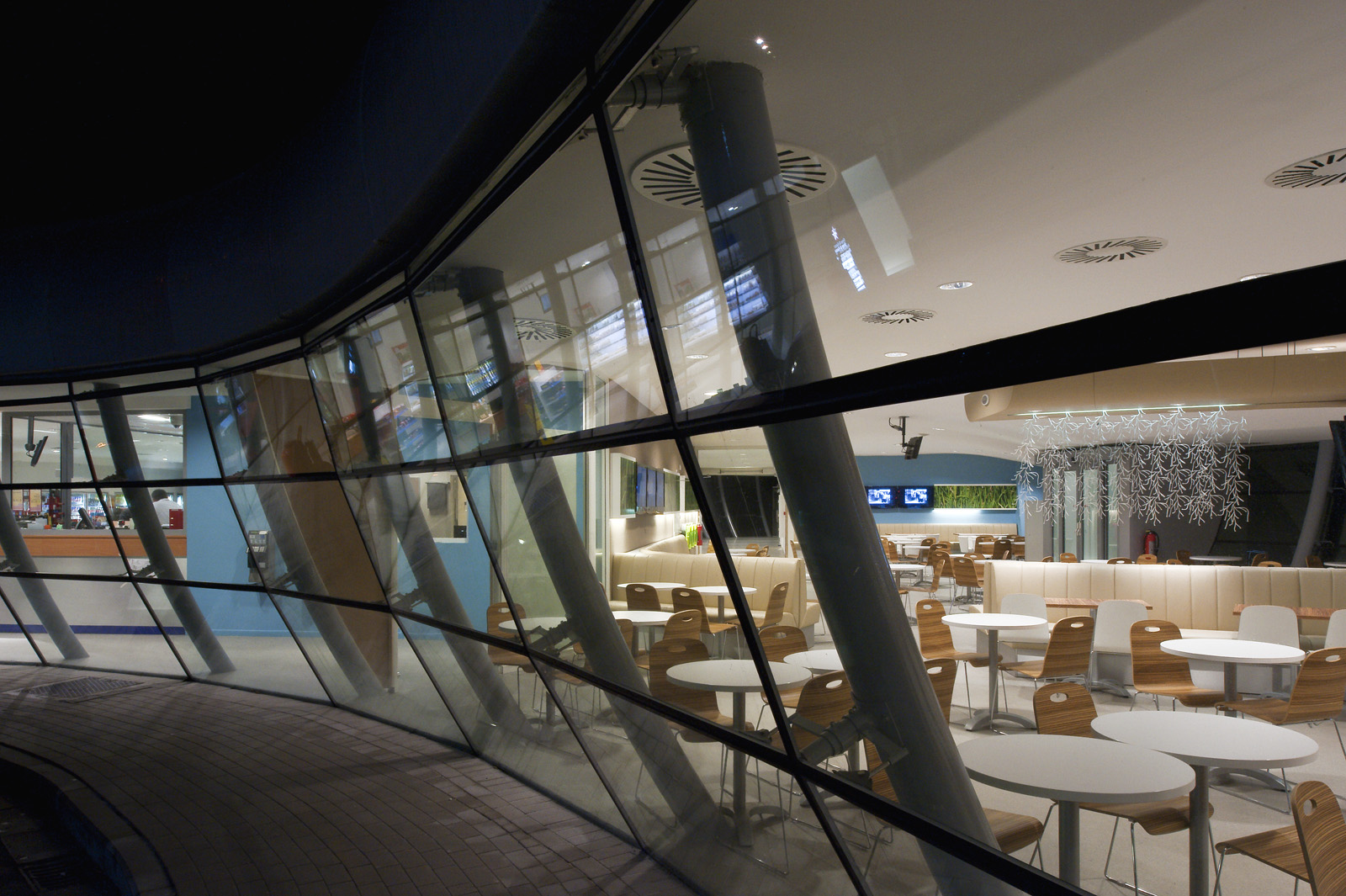 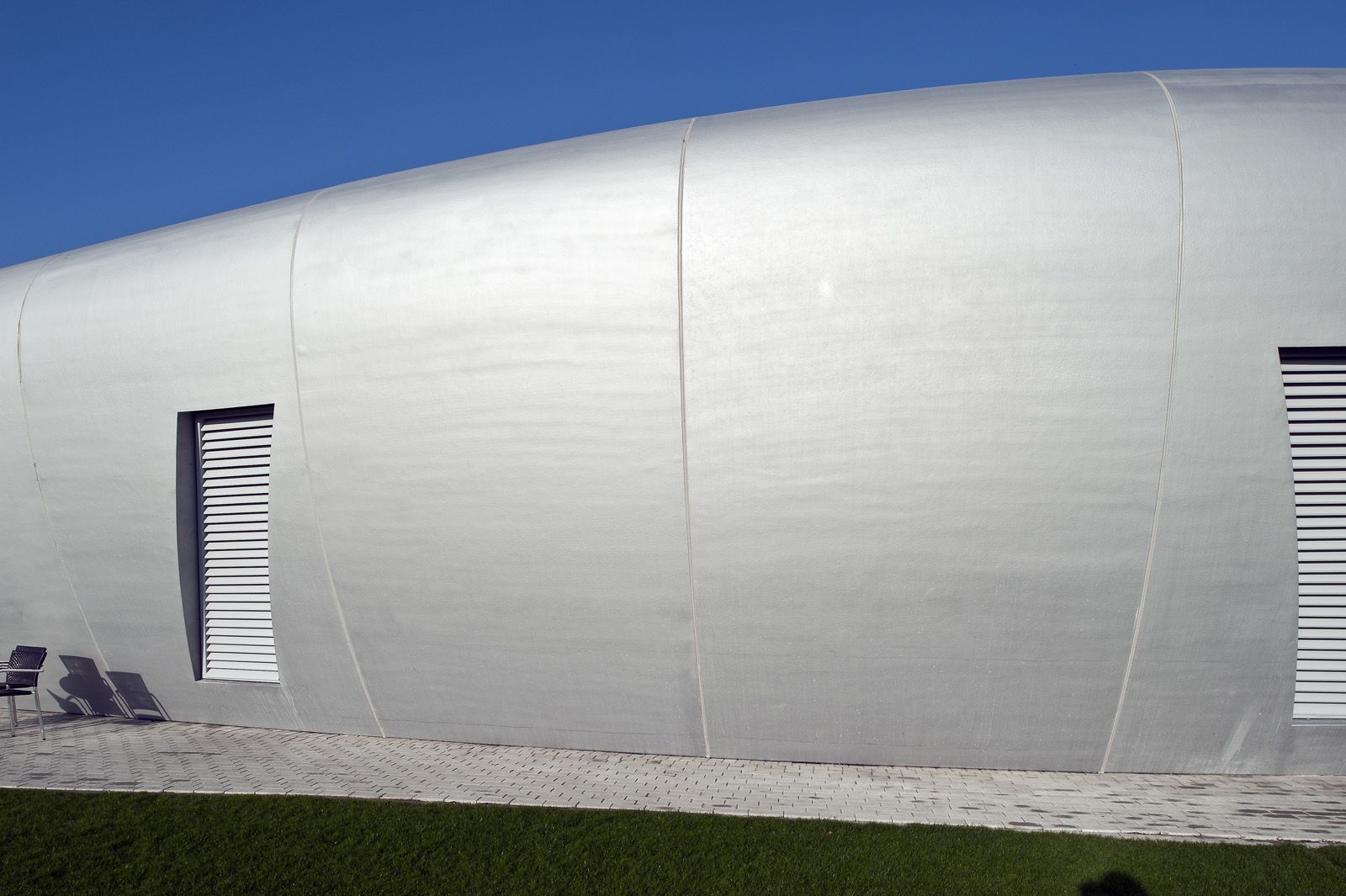 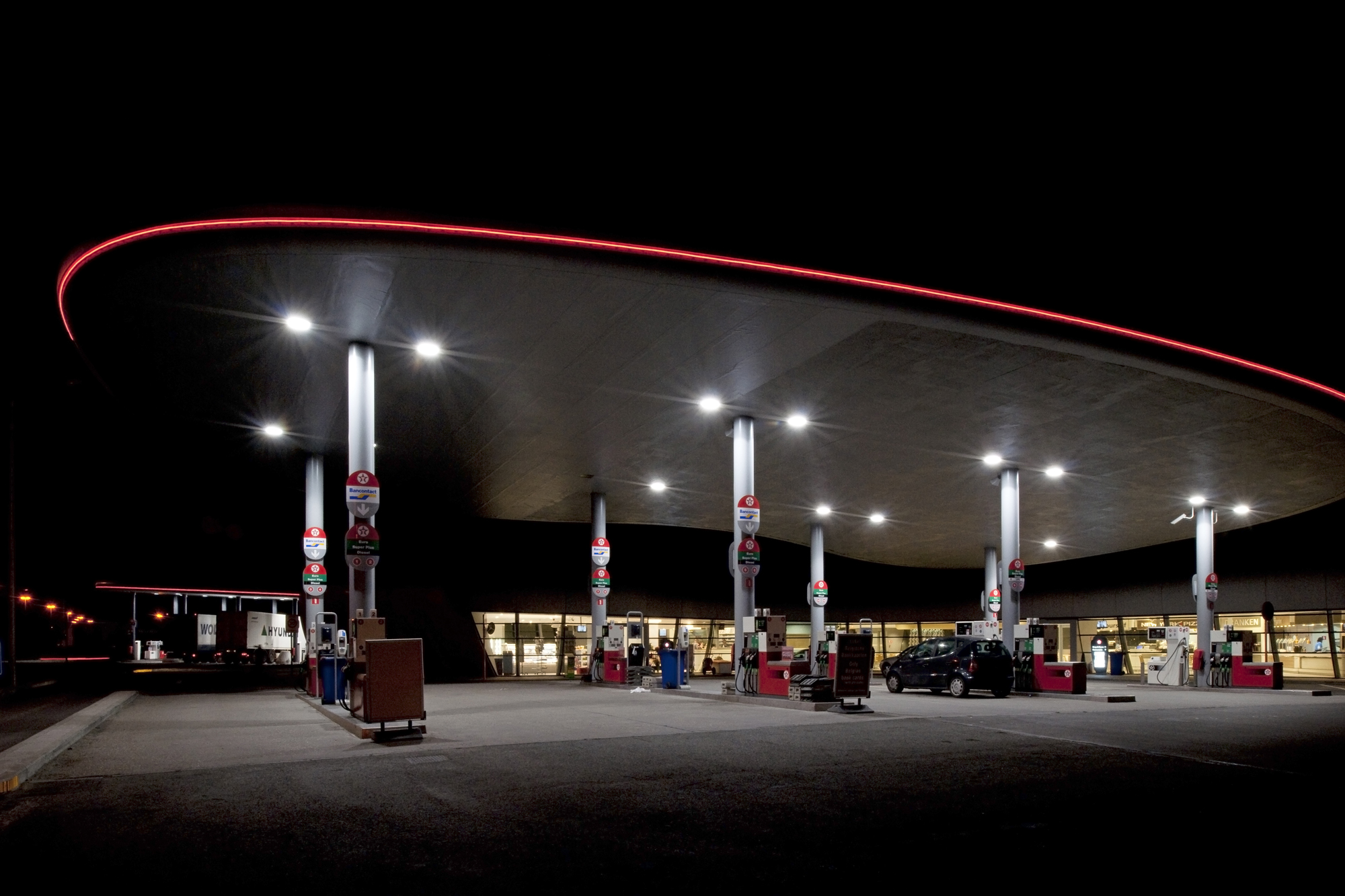