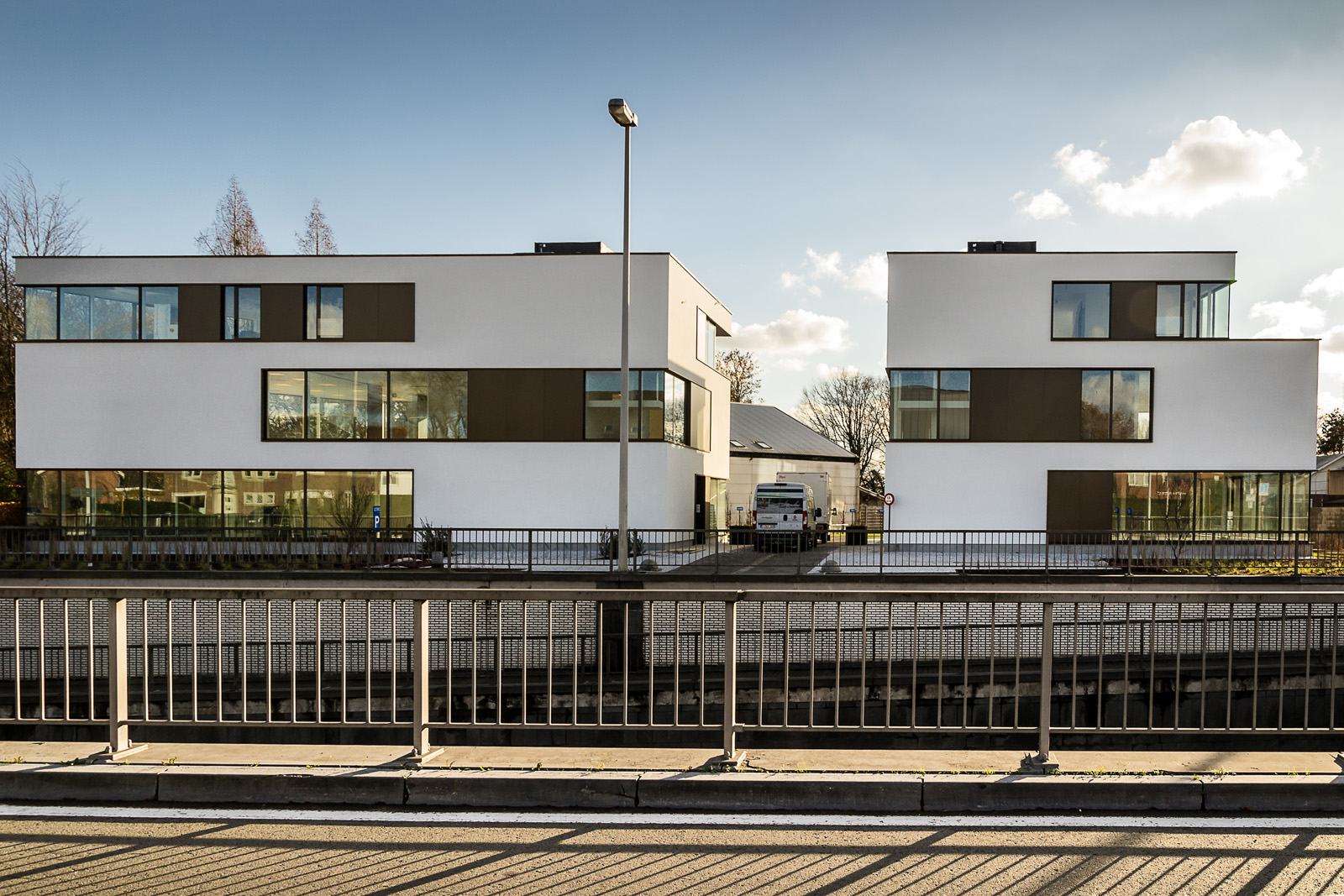 This new development is situated on a plot bordered by the Kortrijksesteenweg on the north side and a railway line to the east.

The design consists of three volumes and results from the directives identified in the Study of the Main Highways of the City of Ghent. Two free-standing volumes are created on the street side, echoing the detached homes on adjacent plots. These volumes are divided into offices on the first two floors, and apartments on the third upper storey. A road is planned between the two buildings to provide access to the warehouse at the rear.

The edges of the site, which consitute the boundary with the neighbours, feature a maximum of greenery, as is typical of this side of the Steenweg. A maximum of greenery will also be planted between and around the buildings on the street and around the warehouse to provide a qualitative outdoor space for the office occupants. Even though separate from each other, the two buildings constitute a whole that perfectly fits with the buildings along the Steenweg.

Simplicity with fine detailing is the architectural goal here. The façades of the front buildings are finished in plaster. The glass sections are rimmed by a wooden frame which is raised in relation to the façade plane. The rear warehouse is designed on the basis of the same architectural elements. This ensures that the entire site appears as a whole. 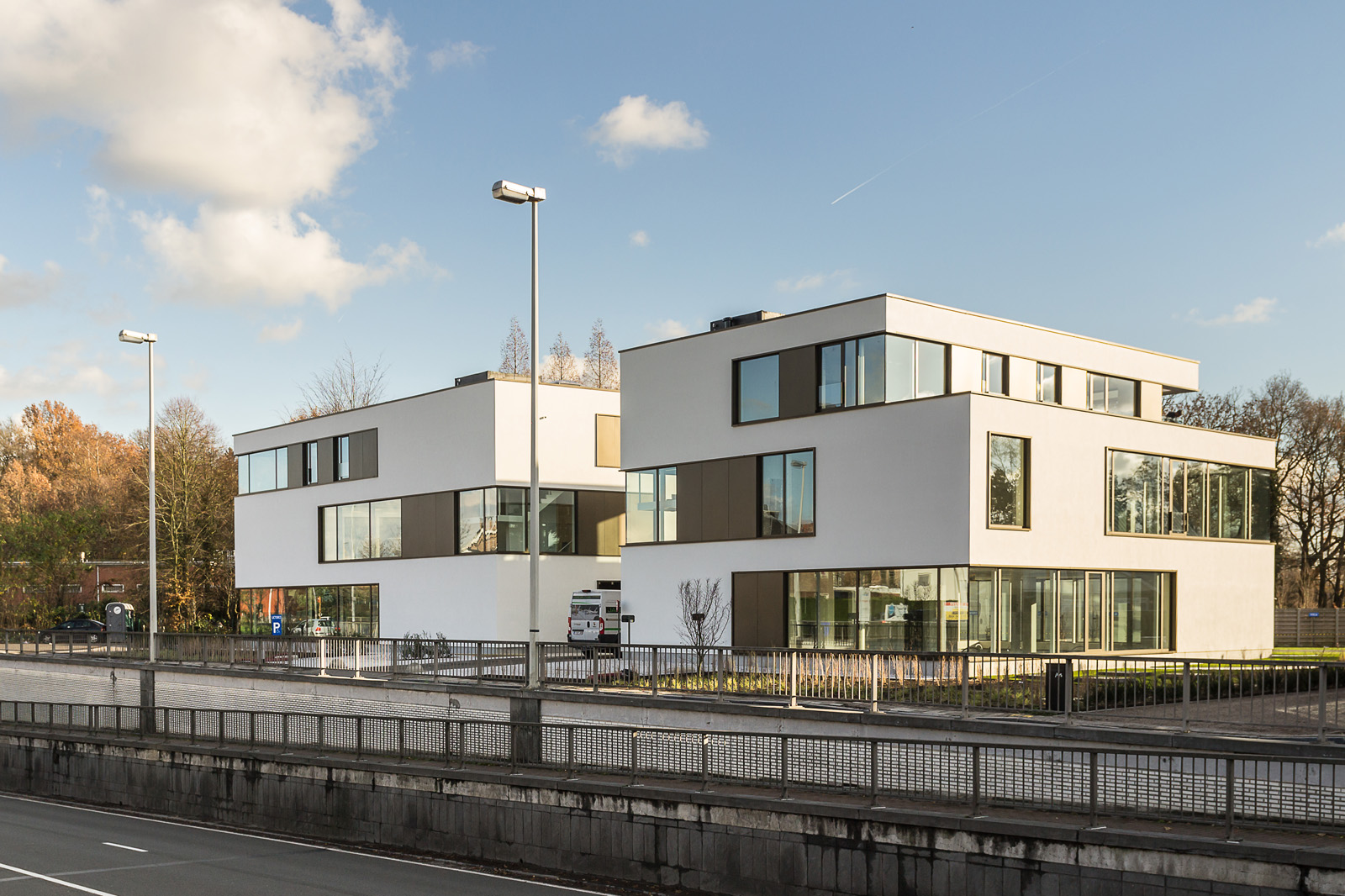 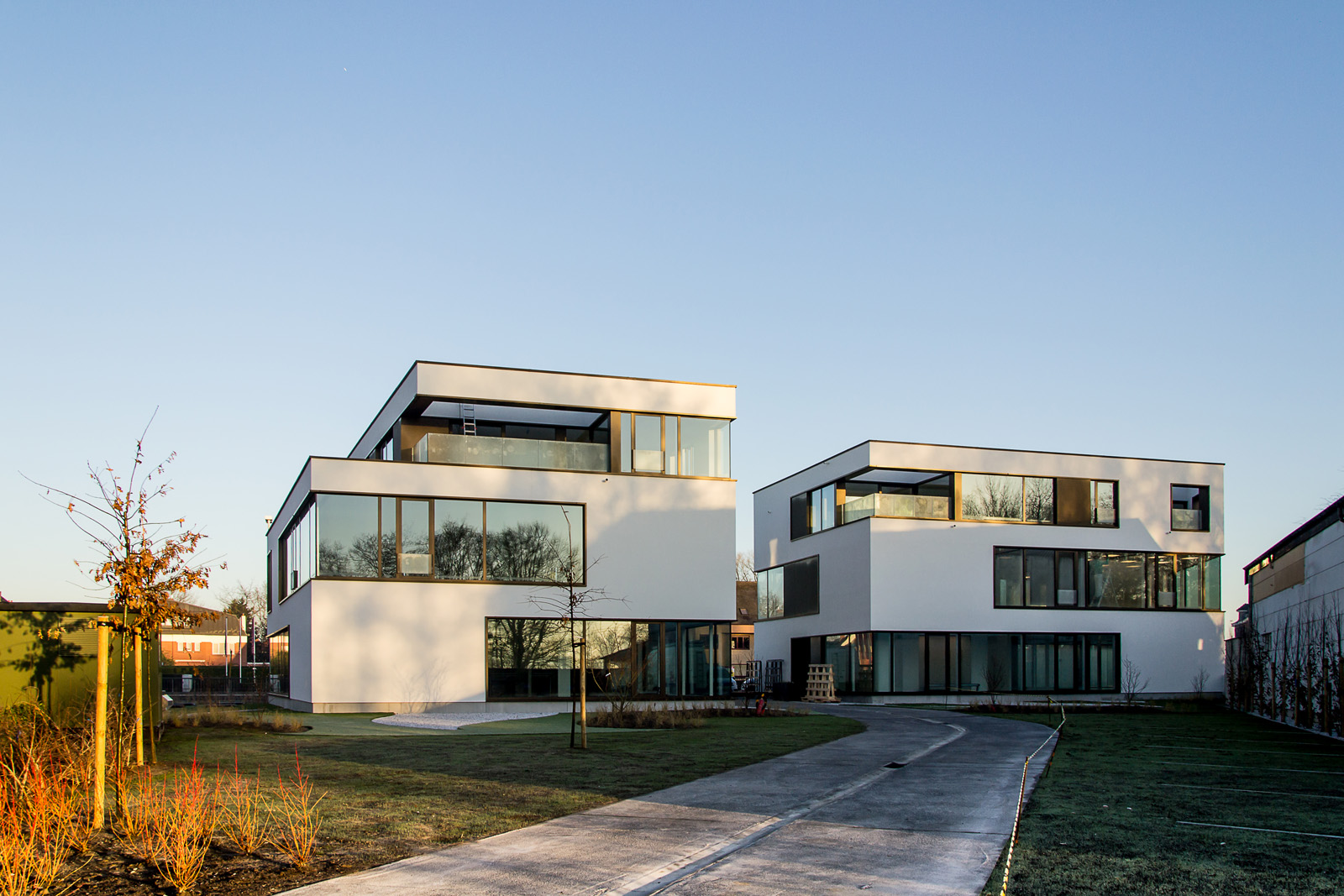 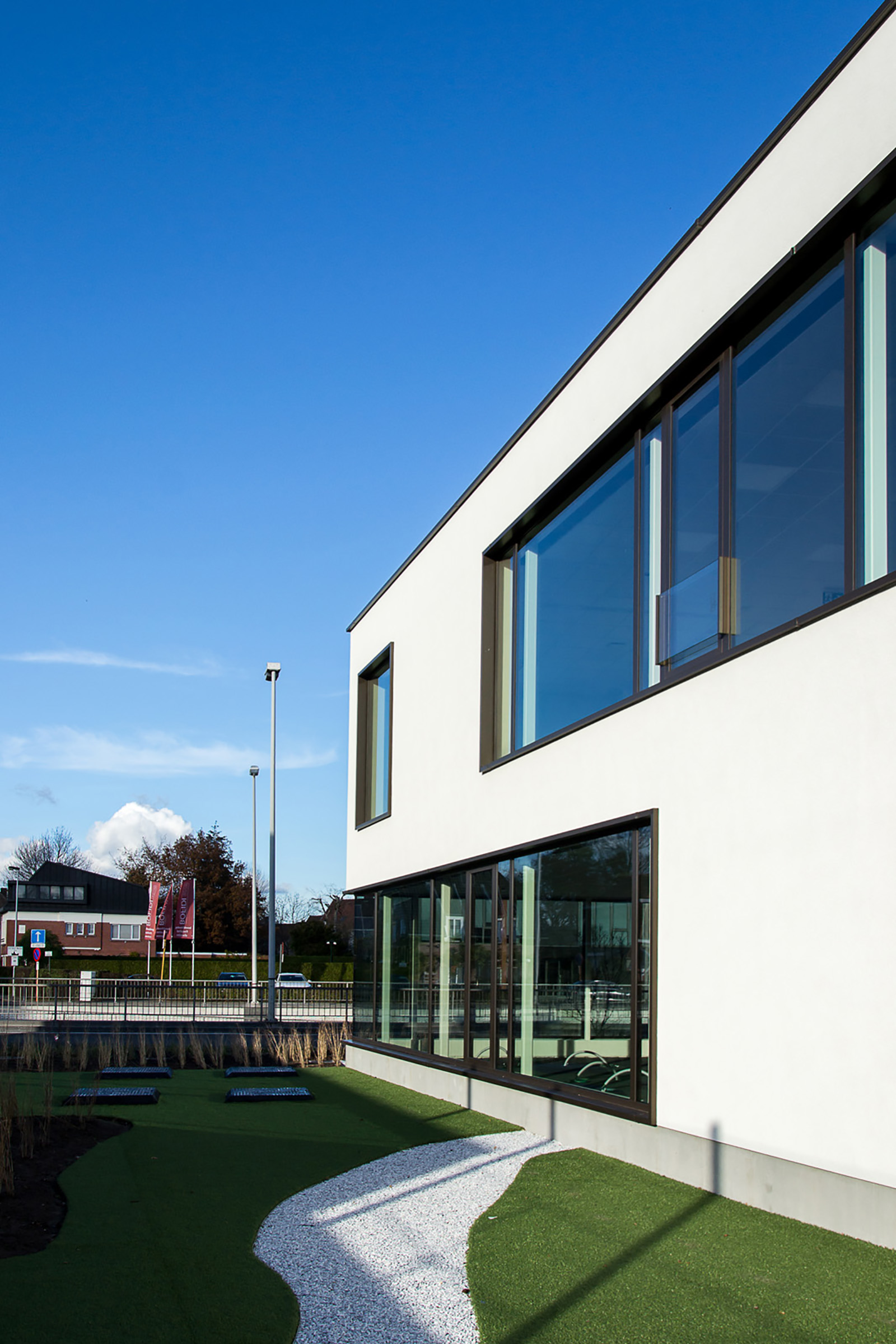 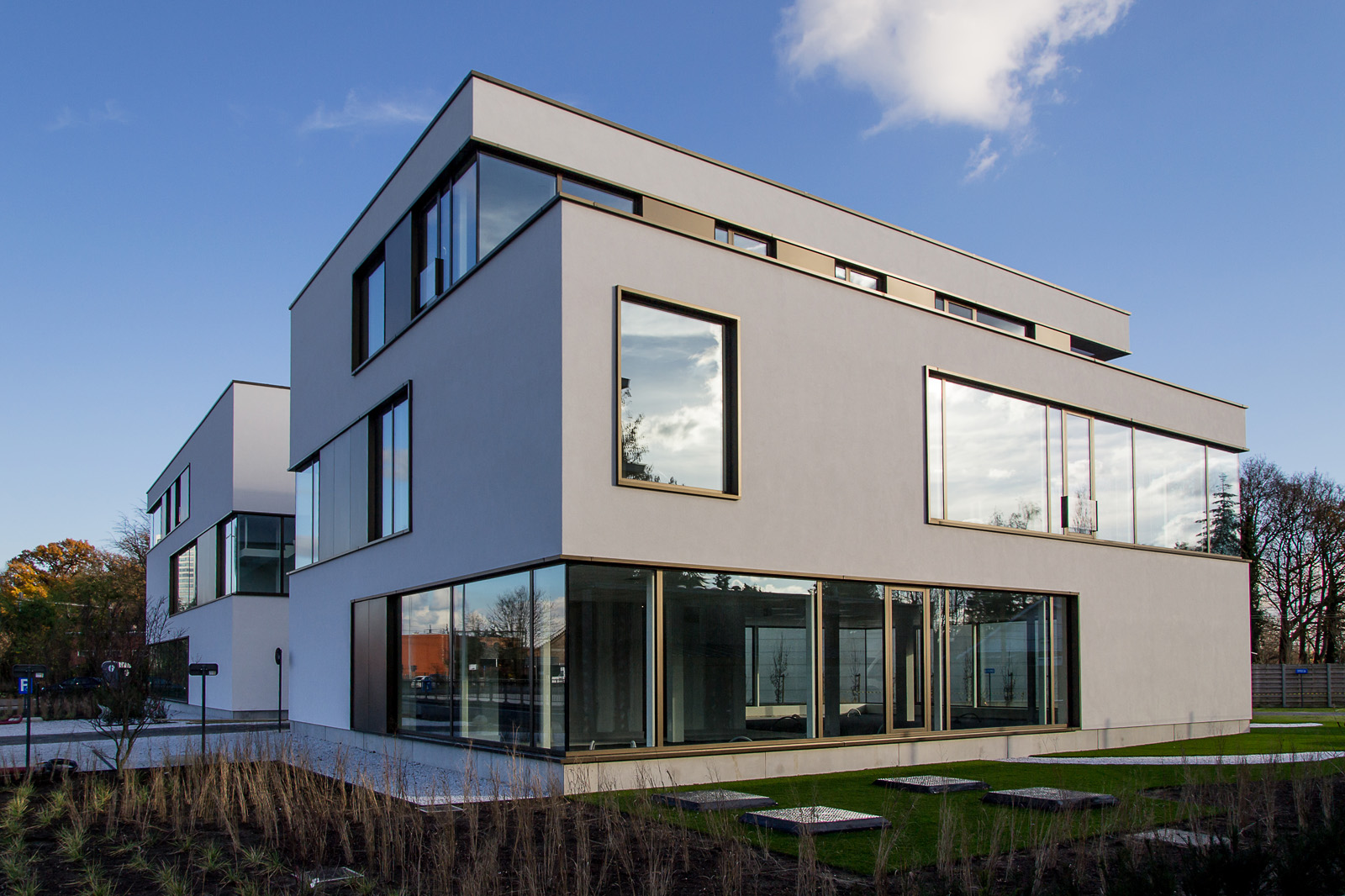