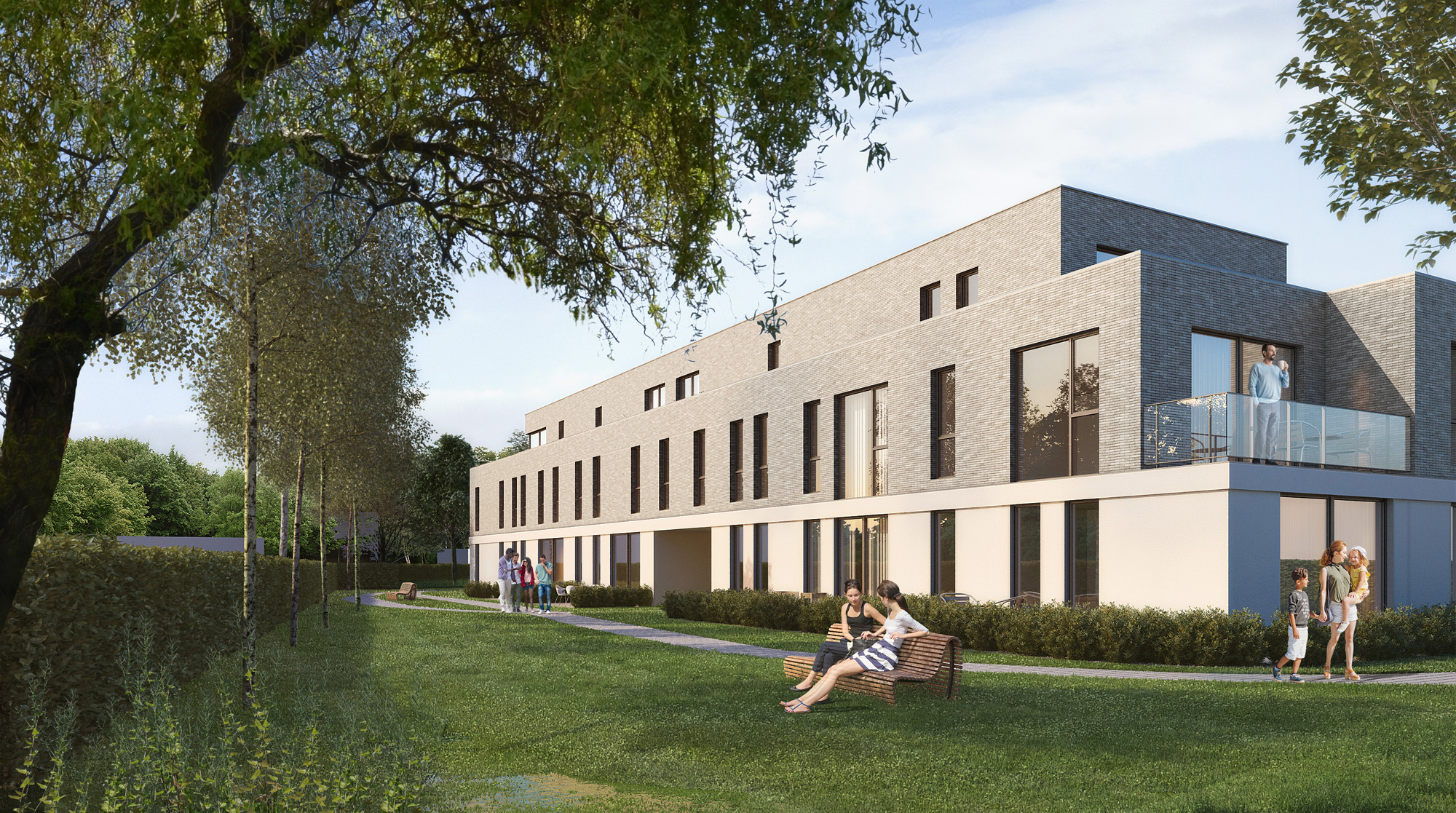 This site is located in Nieuwe Molenstraat in Sint-Niklaas and comprises a new construction of multi-family dwellings with 94 units, three new single-family homes and an underground car park to accommodate around a hundred cars. 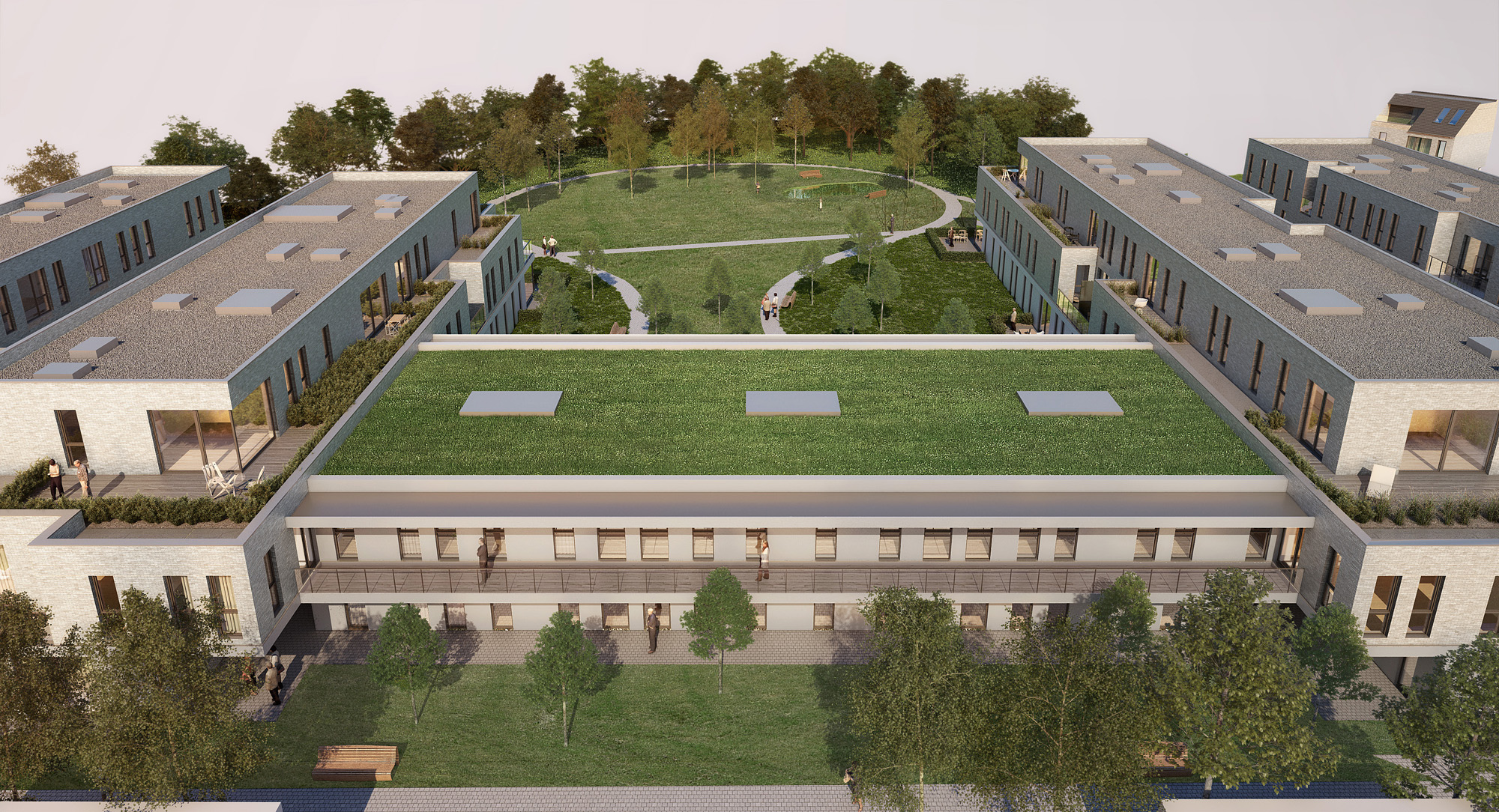 This site is located in Nieuwe Molenstraat in Sint-Niklaas and comprises a new construction of multi-family dwellings with 94 units, three new single-family homes and an underground car park to accommodate around a hundred cars.

Site Nieuwe Molenstraat concerns a former industrial estate on the edge of Sint-Niklaas. The existing industrial buildings will be demolished to make room for several housing options. The southern part of the site offers a green zone occupying almost 5,000 m2. This will serve as a communal garden for the site’s residents.

The construction of the multi-family dwellings consists of a maximum of three floors and has a large basement. The building’s U-shape largely came about as a result of the presence of the garden zone and its south orientation. To respect the scale of the surrounding houses, the legs of the U-shape will be split into two sections with a space in between. This will allow the greenery to extend far into the area between the residential units in several places. On the ground floor the multi-family dwellings will be divided into seven volumes, thus reducing the sense of scale of the project.

To give the project as a whole a fresh and playful appearance, two light materials will be used for the façade. The lower floors will feature a smooth decorative plaster and the upper floors will have a rougher, light beige-grey brick façade. The band-shaped thickened section between the floors provides more horizontality. The strips also reduce the sense of scale and provide some fine detailing.

The floors will have enclosed terraces, creating indentations in the façade surfaces. The scale of the façades is thus reduced, while the playful aspect is increased.

The three single-family homes on the street side (Nieuwe Molenstraat and Eduard Prissestraat) have been designed using the same architectural approach. This means the single-family dwellings serve as three reference visuals in relation to the inner area. 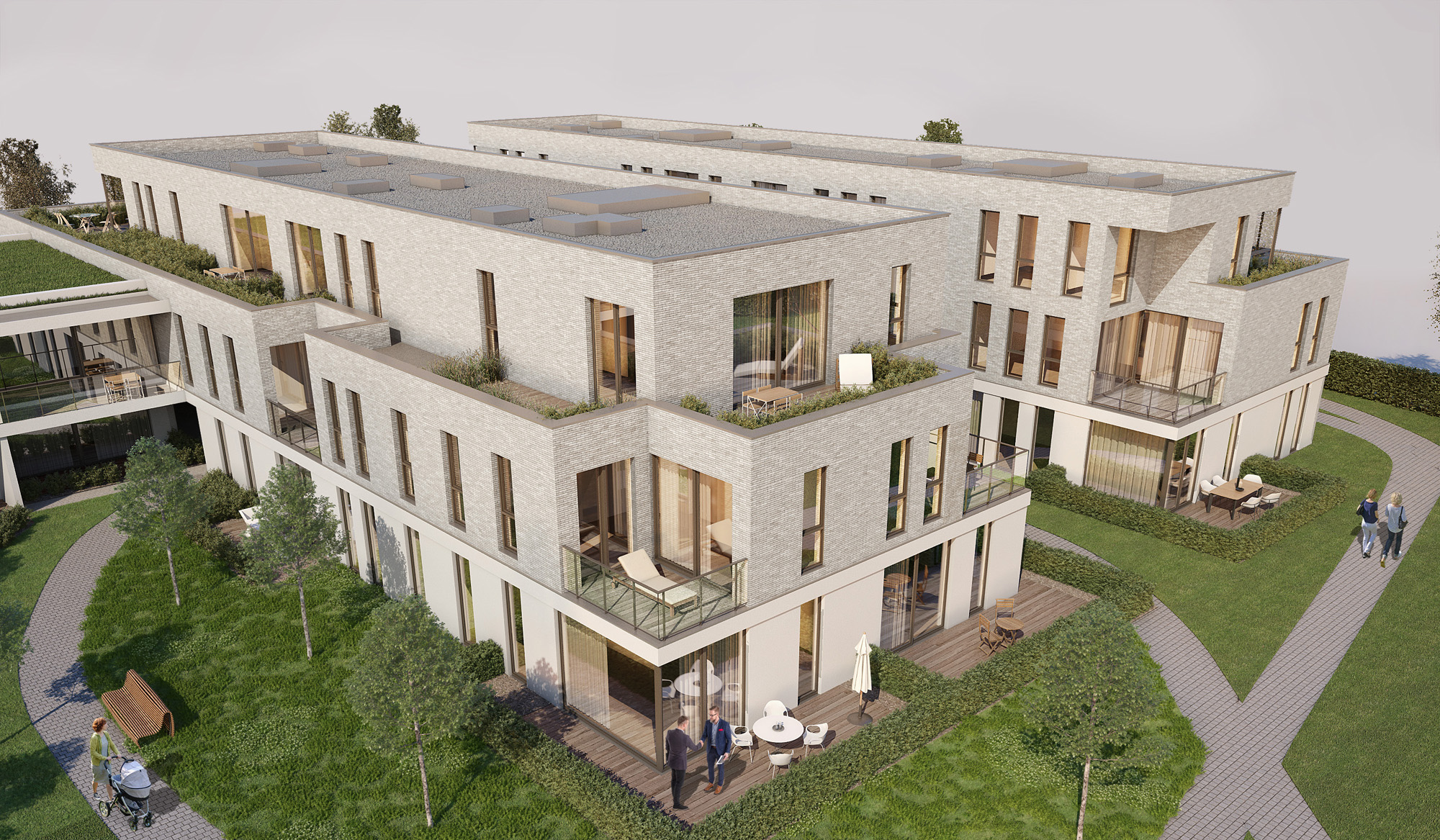 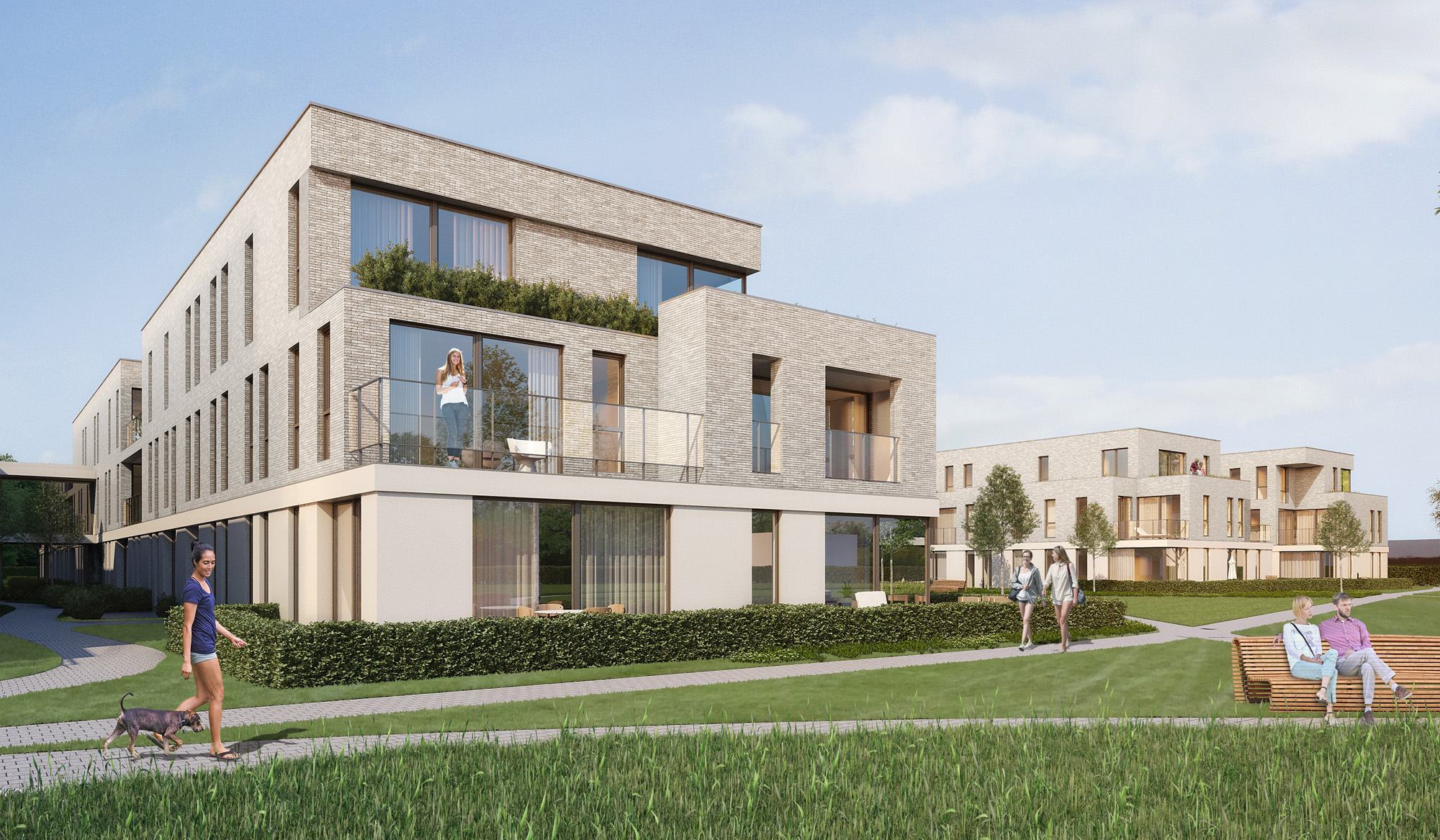