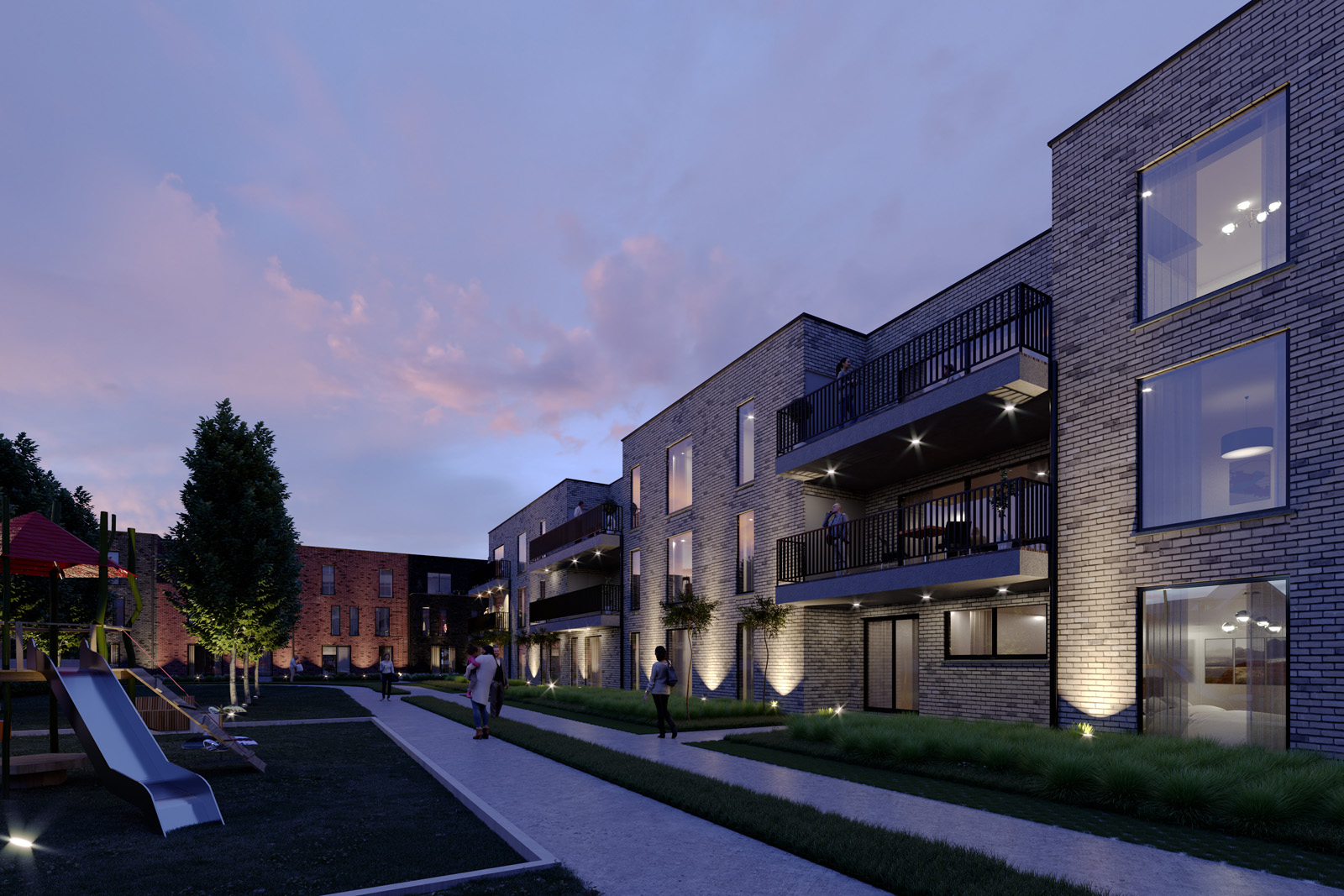 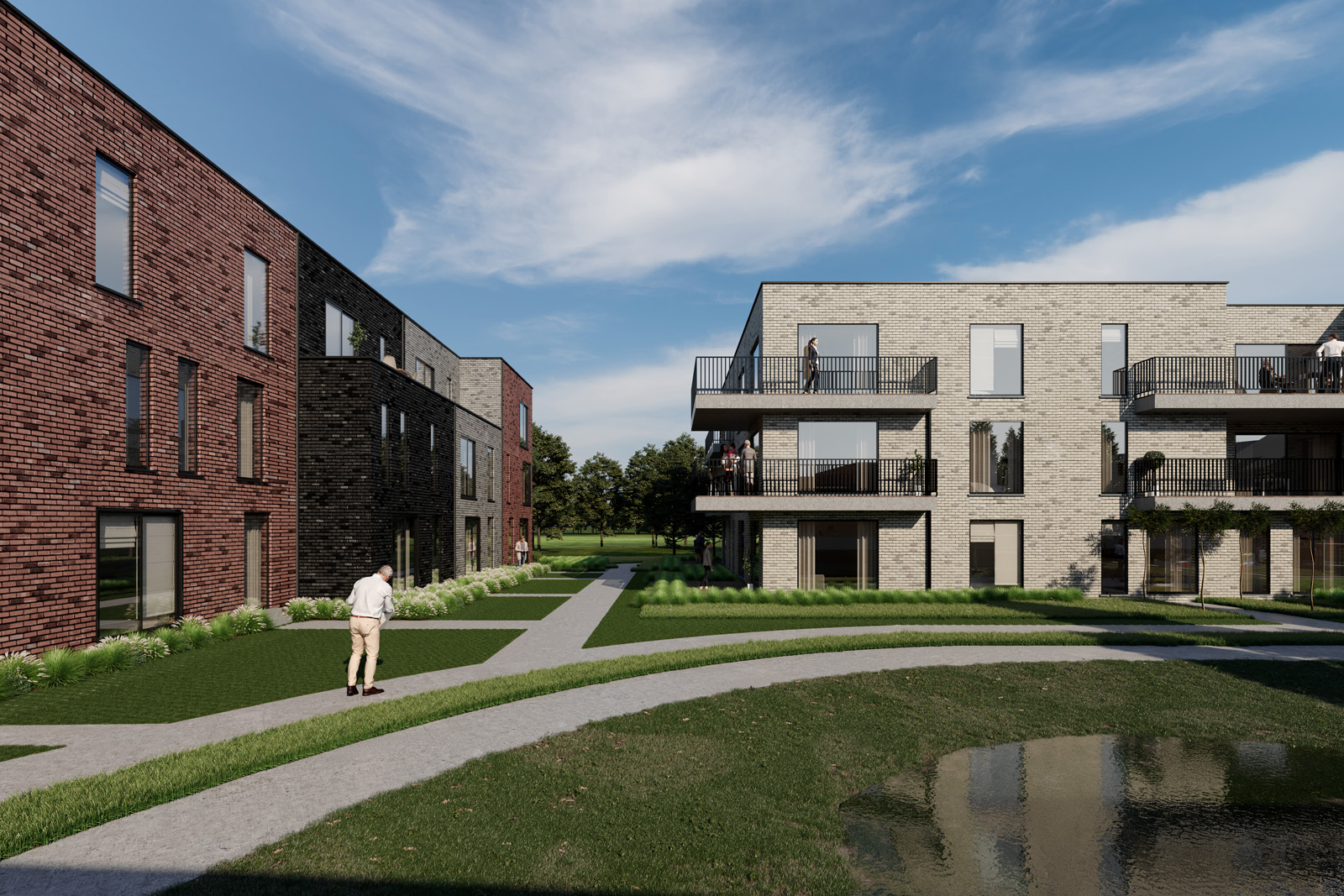 The site is a former business park and is situated at the Brugse Poort suburban area of Ghent. In 2017 a SIP was drafted and approved by the municipal council for reclassification of the site as a residential zone. Forty-seven residential units will be created.

The different subprojects will be named after the Guislain Hospital and Museum, the neighbourhood at the rear of the site. The two buildings at the entrance, ‘Petrus’ and ‘Edouard’, will frame the access point to the inner area. ‘Joseph’ flanks the central green zone with 26 residential units. ‘Pauli’, comprising nine single-family terraced dwellings, is located at the rear of the site. The single-family dwelling ‘Aphons’ welcomes pedestrians and cyclists at the site’s second entrance. The final single-family dwelling, ‘René’, is situated slightly further along Frans van Ryhovelaan and is connected to the project through its garden zone.

The entire inner area will be a traffic-free zone. Residents will have minimum access to the site and when driving in will be directed to the underground car park. What’s more, apart from a path, the surfaces at the site will not be hardened. Grasses will prevent unauthorised parking and the large green zone provides the project with breathing space and recreational opportunities.

The multi-family and single-family dwellings in the inner area consist of three floors. At the entrance an accent has been added using a fourth retracted floor on one of the gatehouses. ‘Joseph’, the central block, has a basement running the length and breadth of the building and offers 47 parking spaces and 52 storage rooms.

The site has been designed as a single whole in which the buildings are architectural members of the same family. Three different shades of brick were chosen. The same railings and windows are used throughout the site. This affords each building its own distinctive character, but provides cohesion with the other buildings.

The principal buildings at the entrance have a concrete foundation to ensure the entrance’s durability. The use of concrete recurs throughout the project in the form of terraces, foyers, stairs to the homes, and the path. 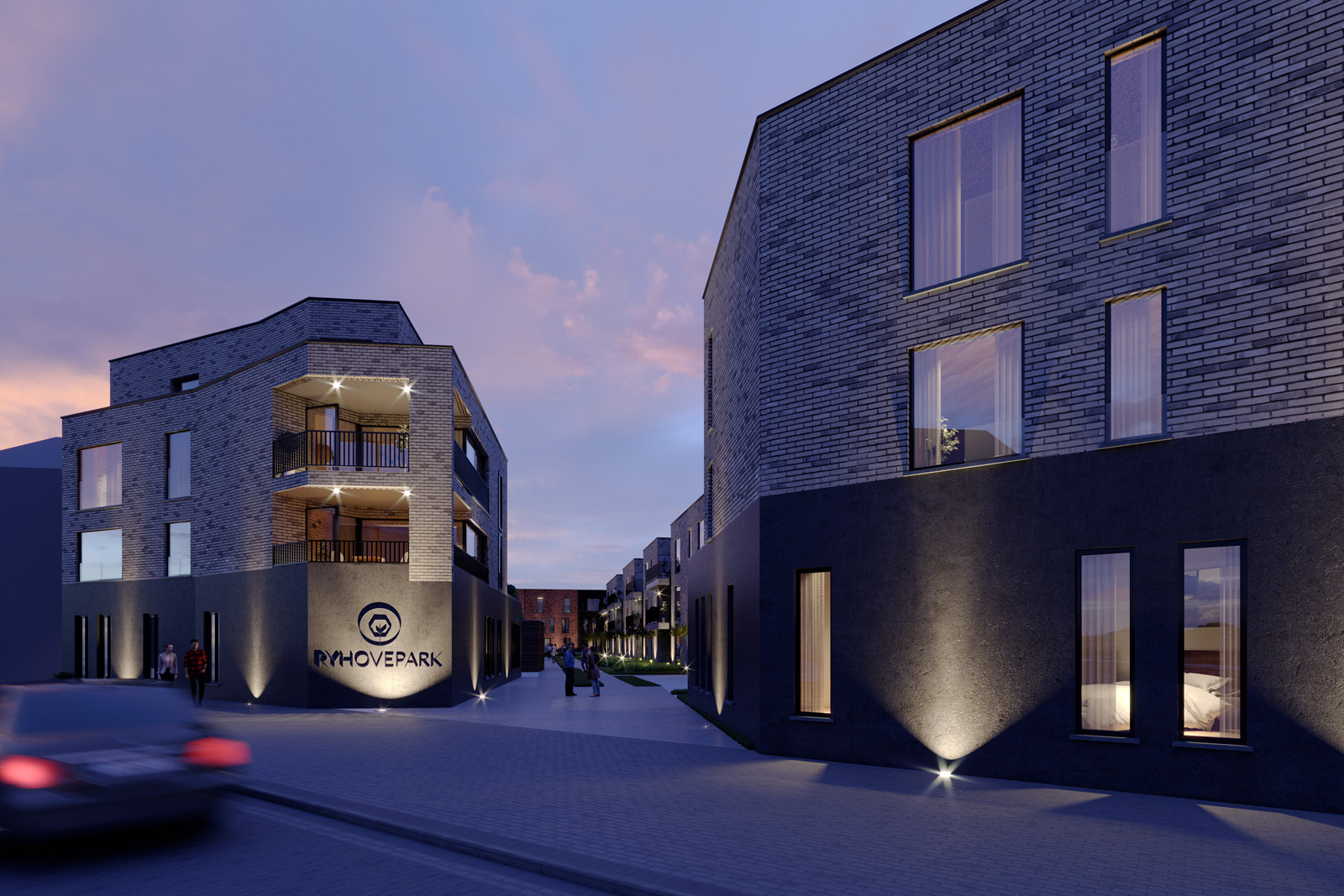 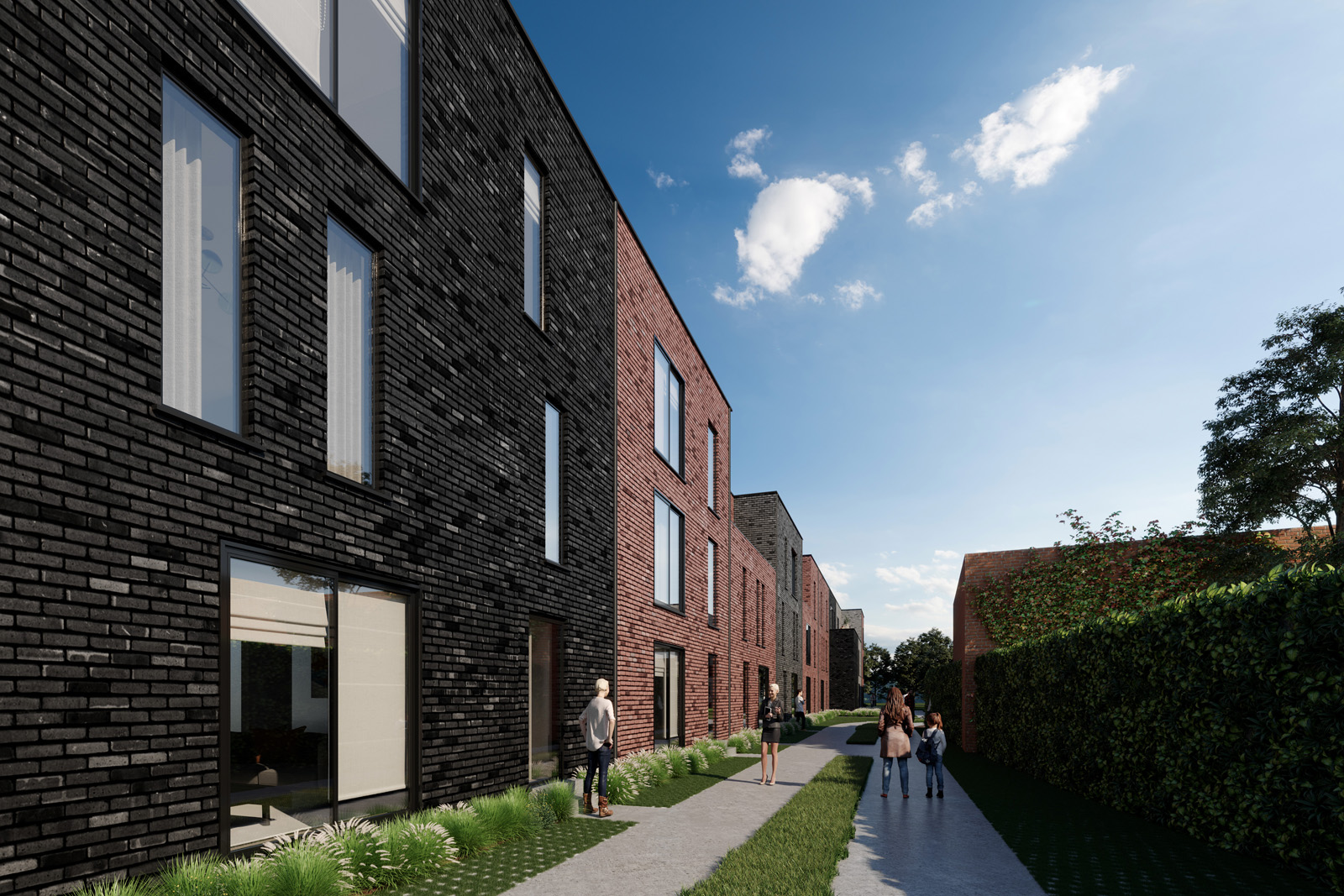 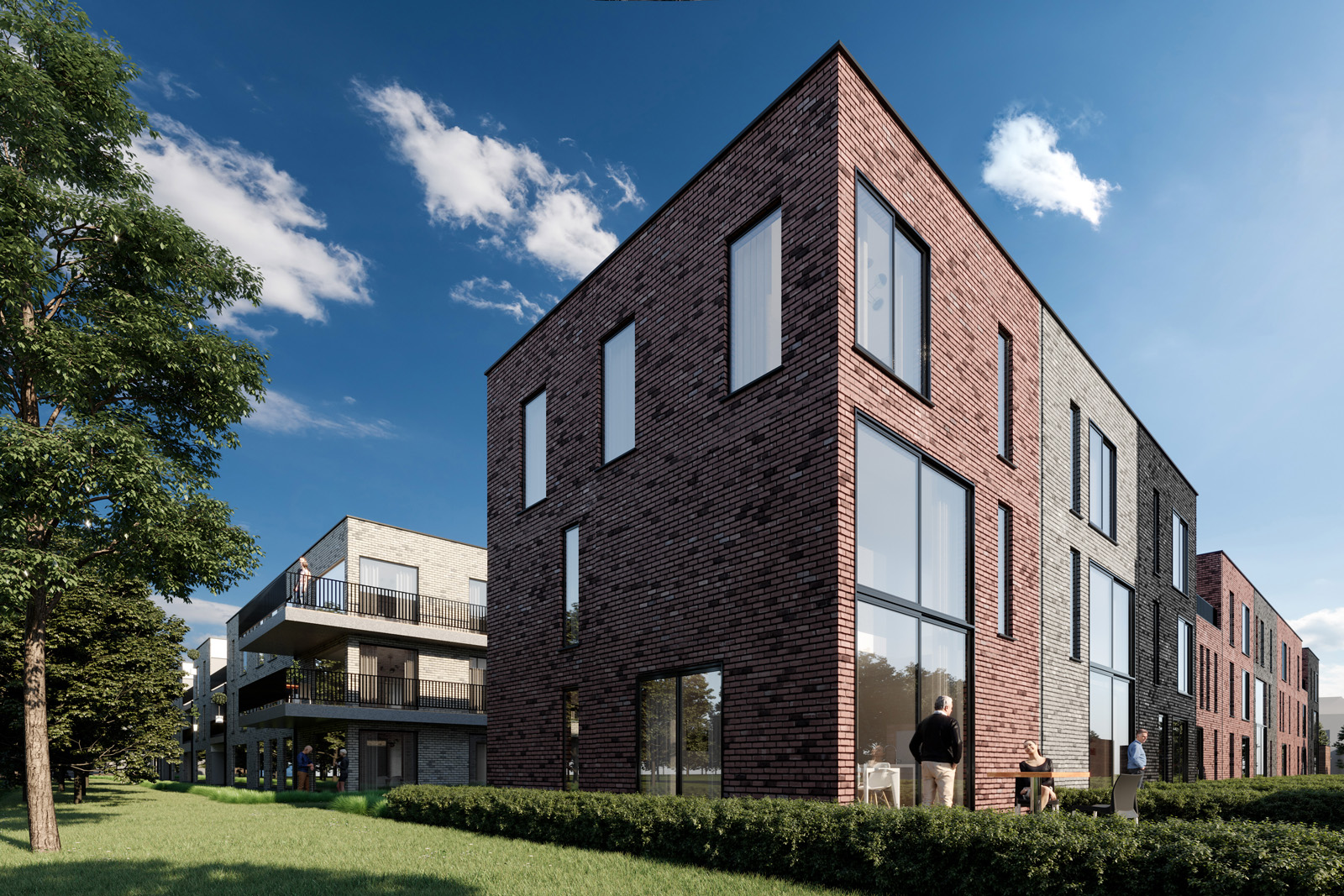 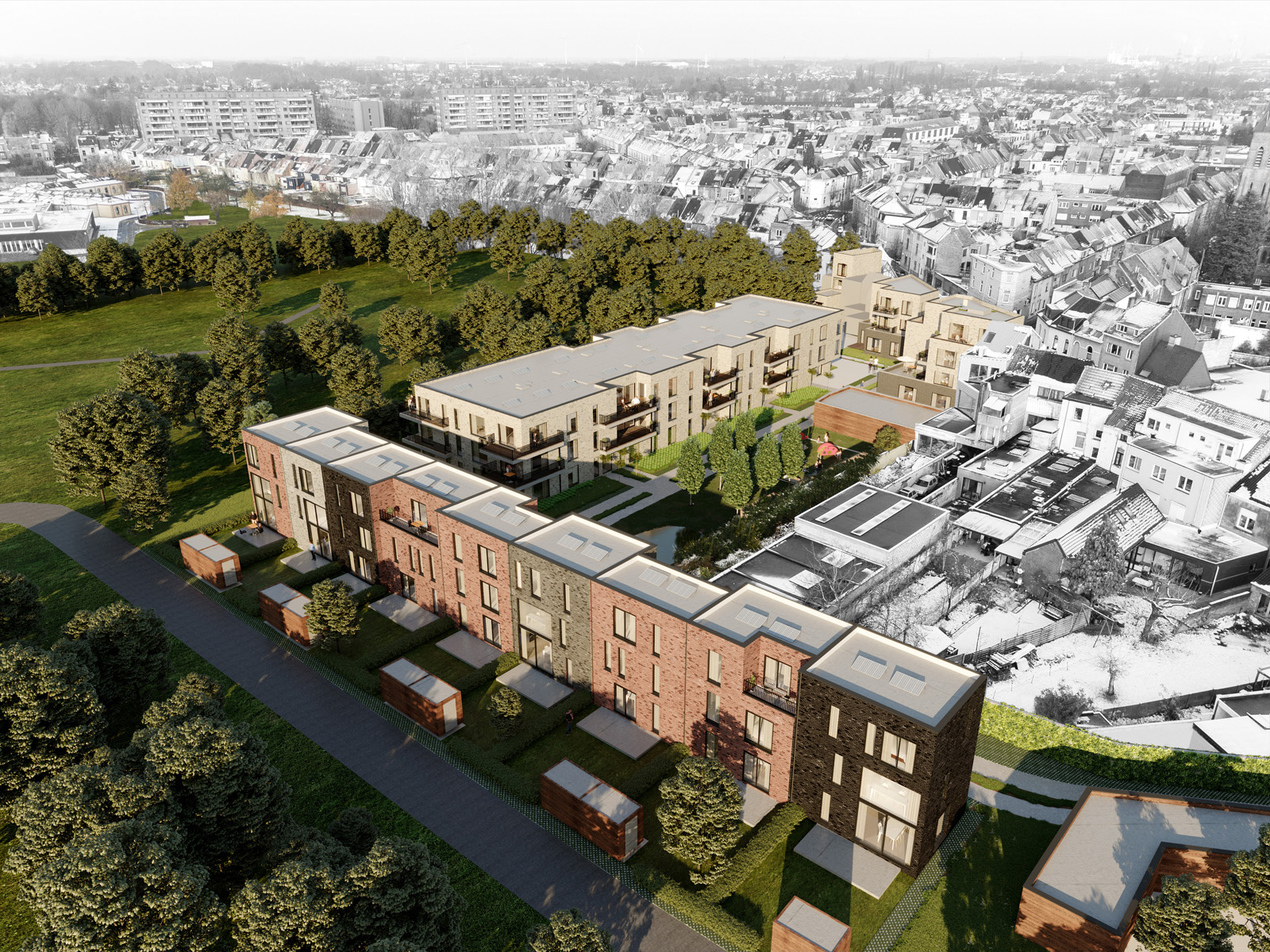