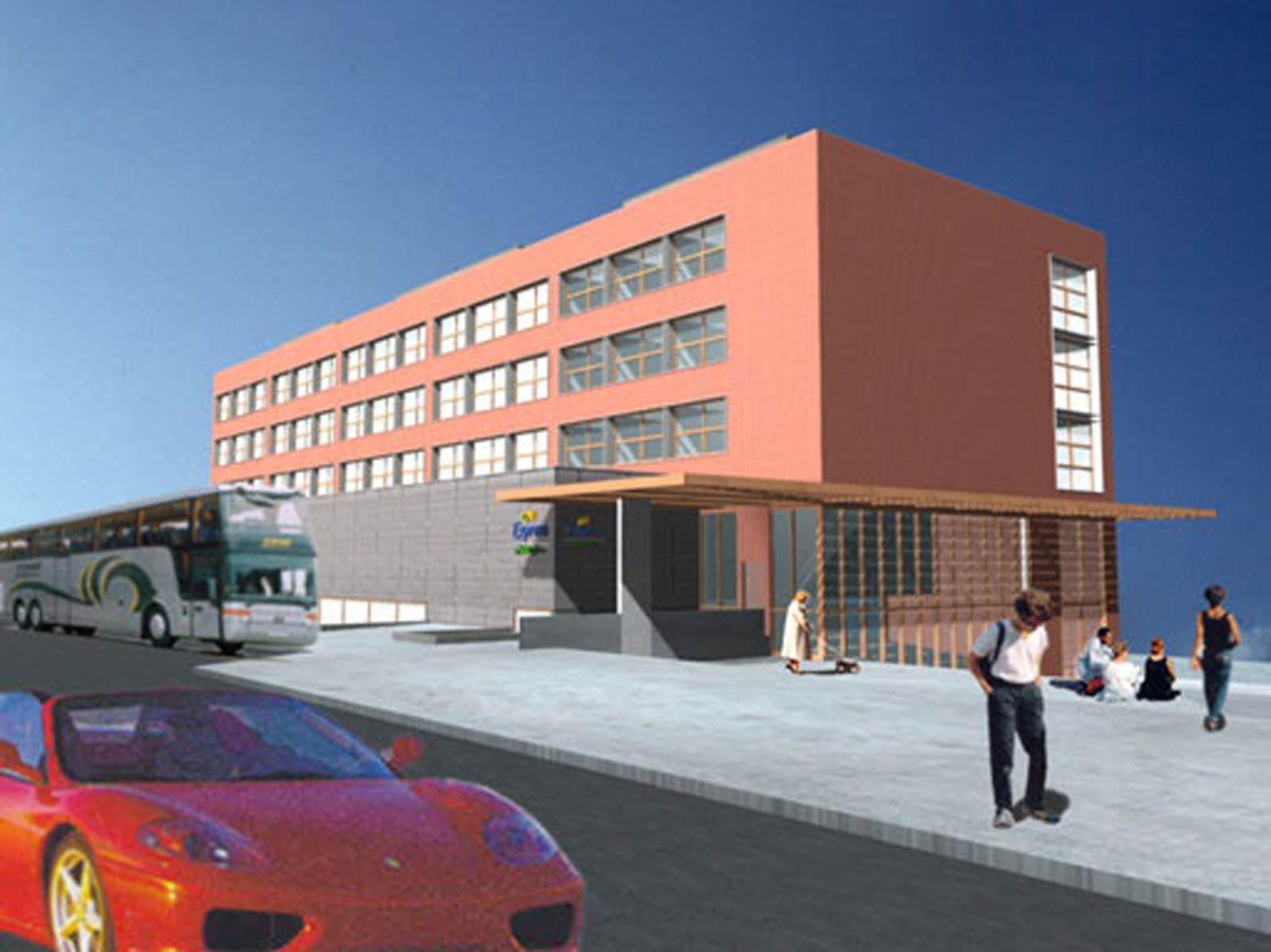 The Global Hotel Scheveningen project involved a three-star hotel in keeping with the Express by Holiday Inn formula with ninety-one rooms. The concept was based on harbour-style architecture with large glass frontages.

U-section steel in the facade would have formed both horizontal and vertical separation between rooms and provided flashover protection in the event of a fire. The impressive stairway leading from the Zeesluisweg to the quayside would have continued into the lobby area and the arcade passing the Grand Hall would have ended at the hotel lobby. A wooden canopy would have accentuated the hotel’s entrance forming an architectural finishing point to the entire quayside.

Plant rooms would have been housed in cuckoo’s nests on the roof. The hotel’s car park would have been situated between the lobby and room levels with direct access to the Zeesluisweg.

The lobby level would have made extensive use of glass to create a sense of transparency. The car park would also have been semi-transparent due to the use of metal meshing. The main building’s red brickwork would have blended beautifully with the adjacent Vierde Mastoffice development project. 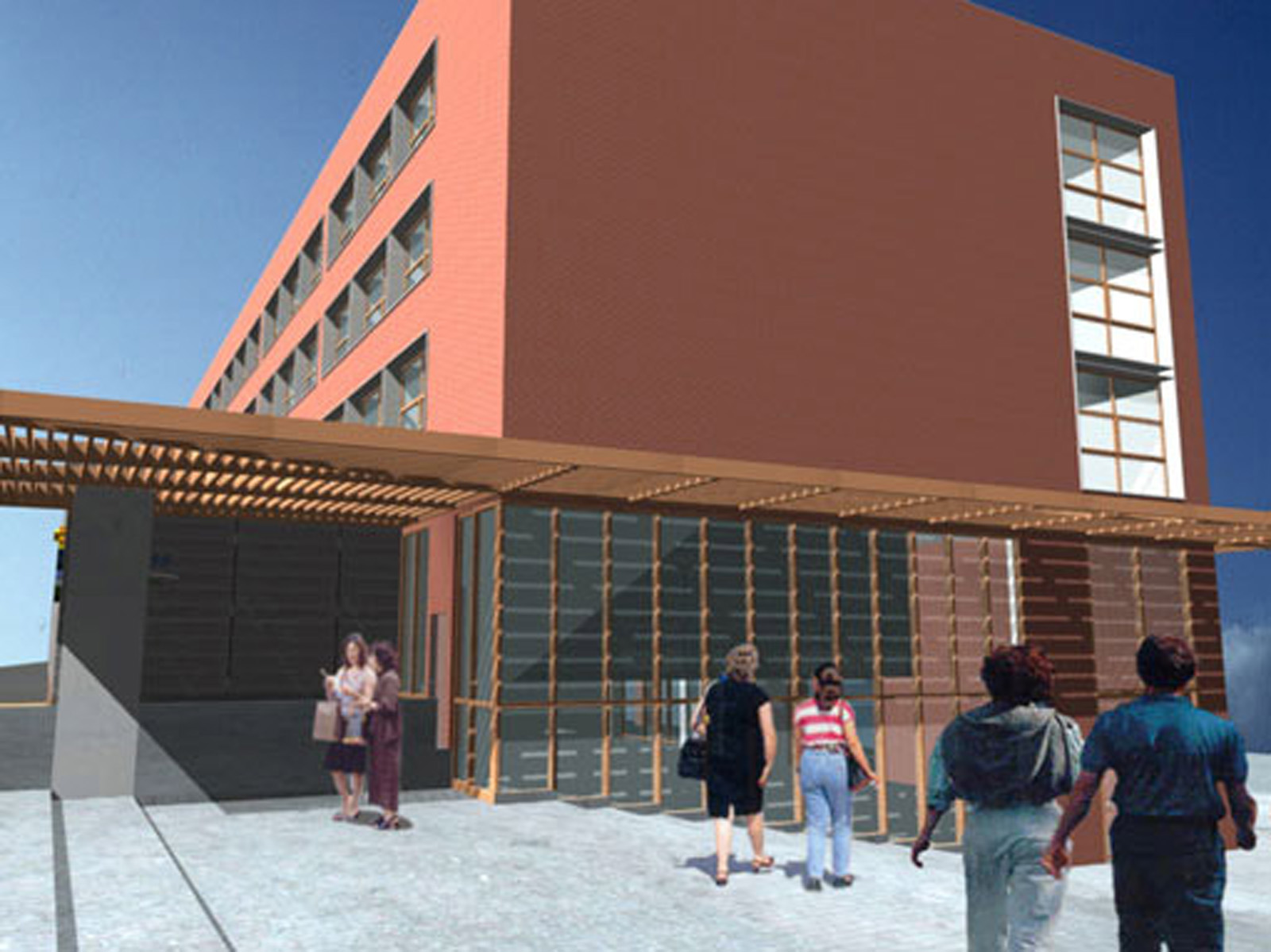 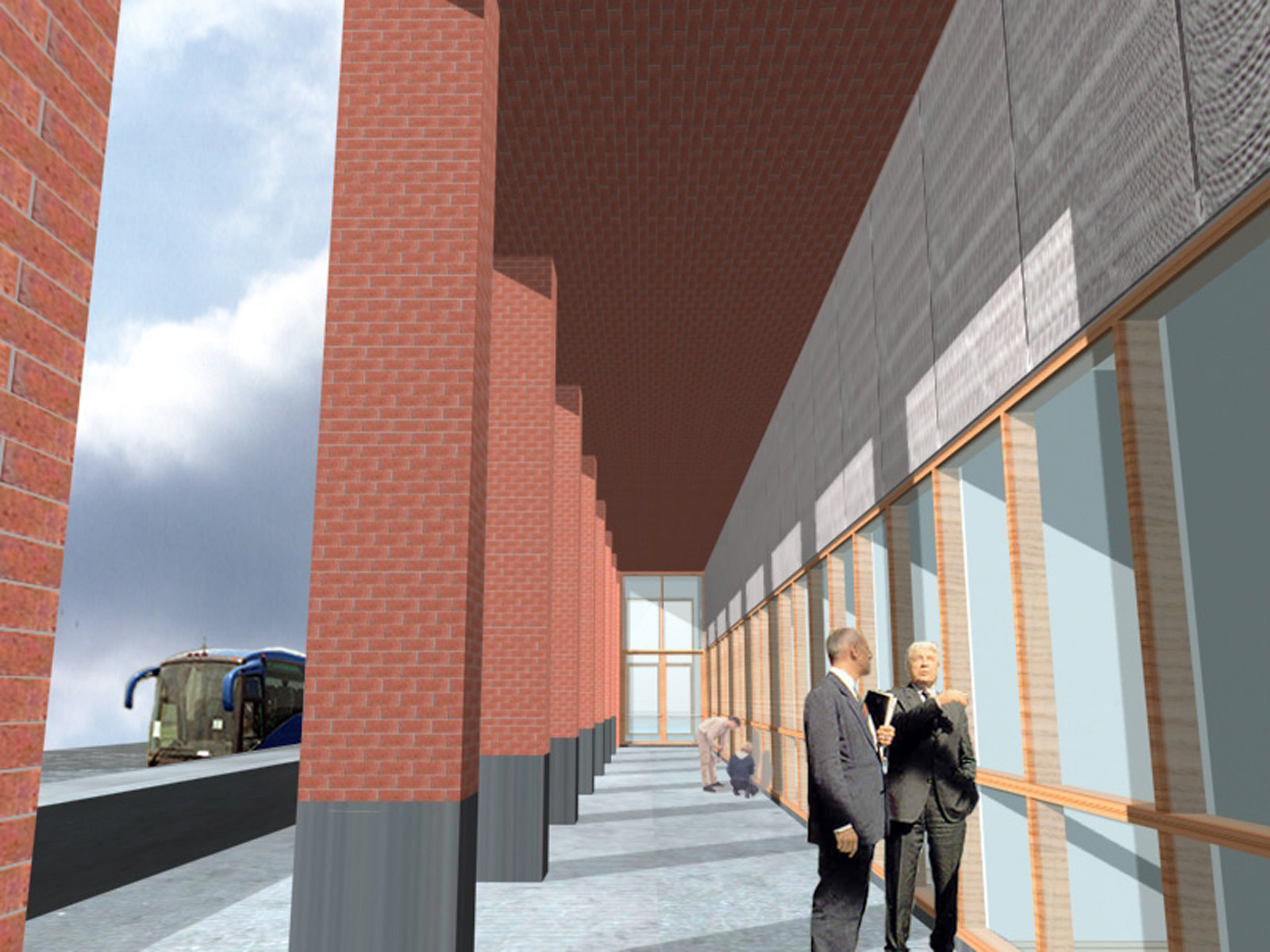 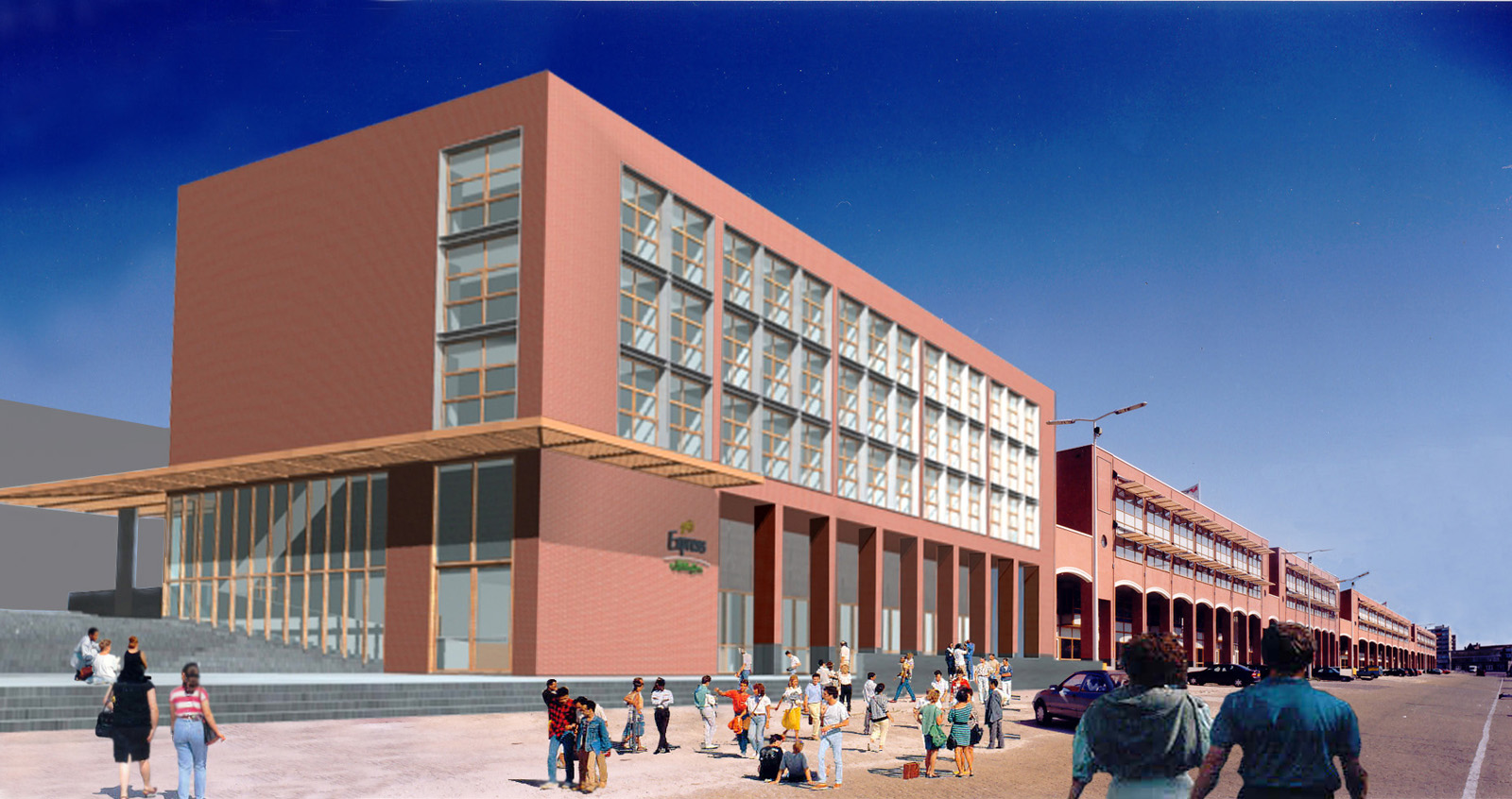