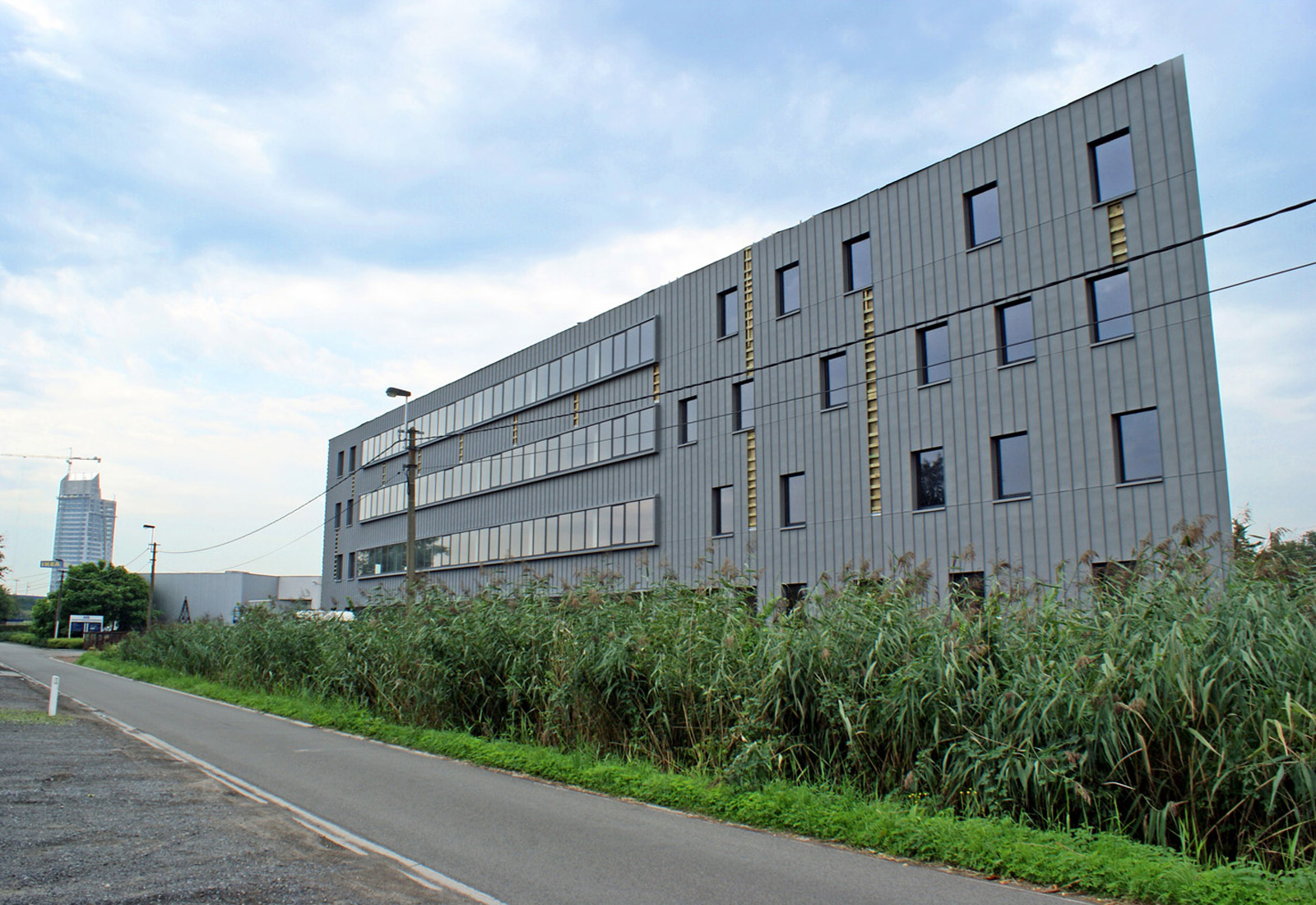 This project is aimed at small businesses in search of office and limited storage space. Oriented towards the street, the office building covers four floors. Small storage rooms are provided in the corners, with direct access to the offices.

Overhanging frameless structural glazing that lets through a lot of light contributes to the openness of the offices. The storage areas feature small vertical windows which are placed slightly behind the facade, turning this section into a much more introverted space. Clad in zinc, the facade is uniform and, like a large sculpture, contrasts with the warehouse which stands behind the main office building. This lower two-storey building connects with the offices on two levels. The facade of the warehouse is clad with flint panels.

The site lies at the end of a narrow street, which explains why it was decided to build a road there, around the buildings. This allows lorries and cars to drive in and return to Buchtenstraat. Parking places are also provided along this access road. 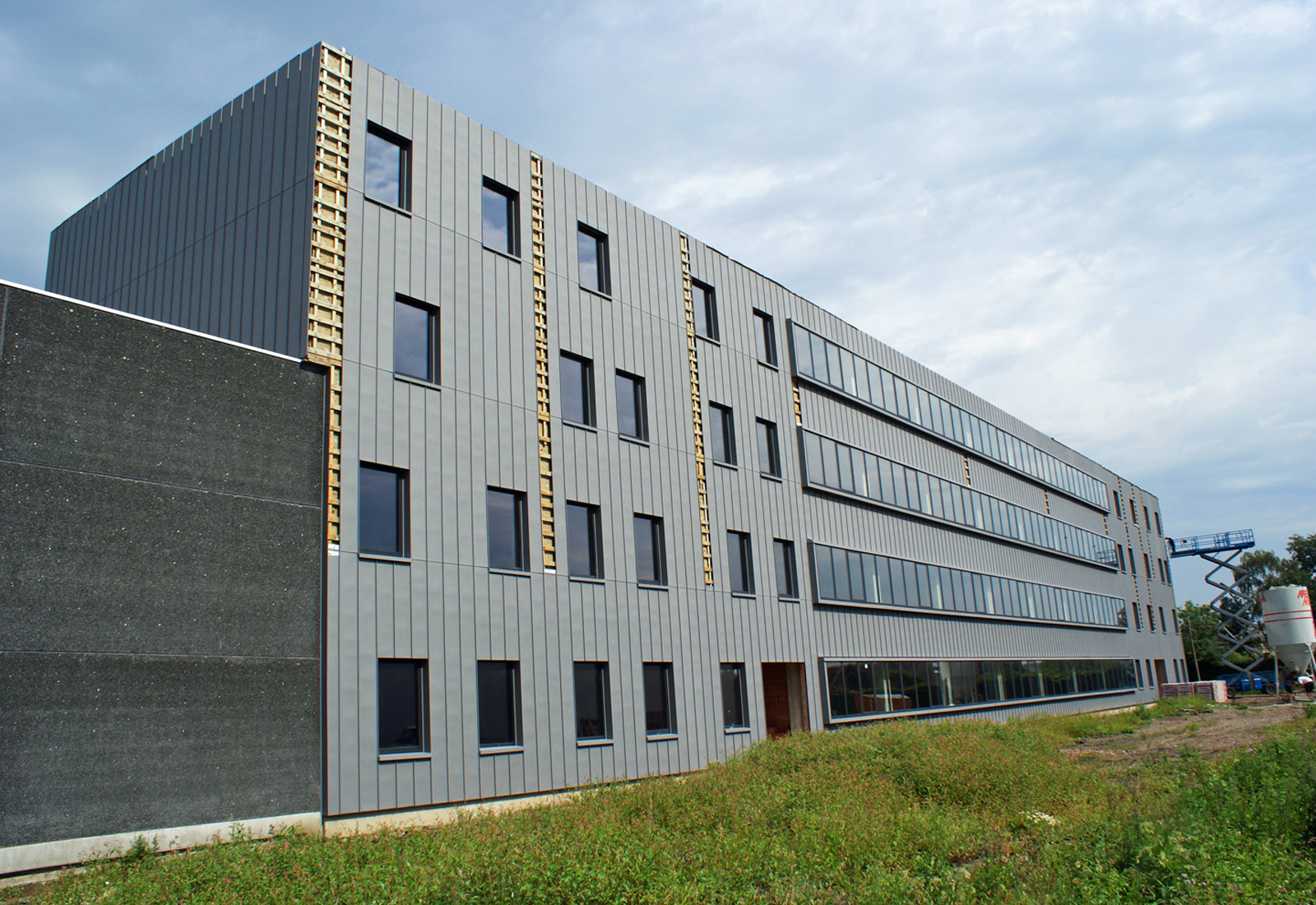 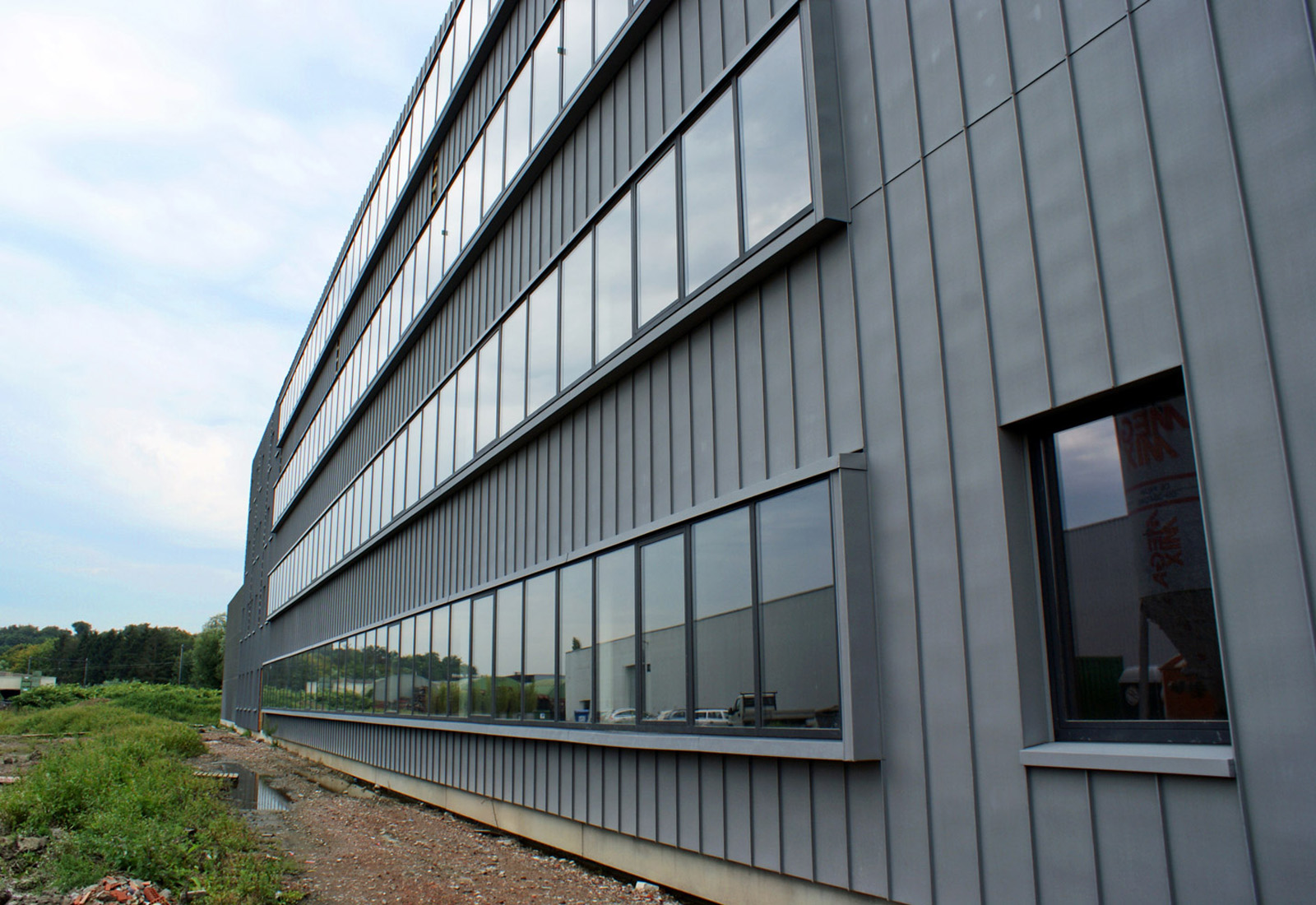 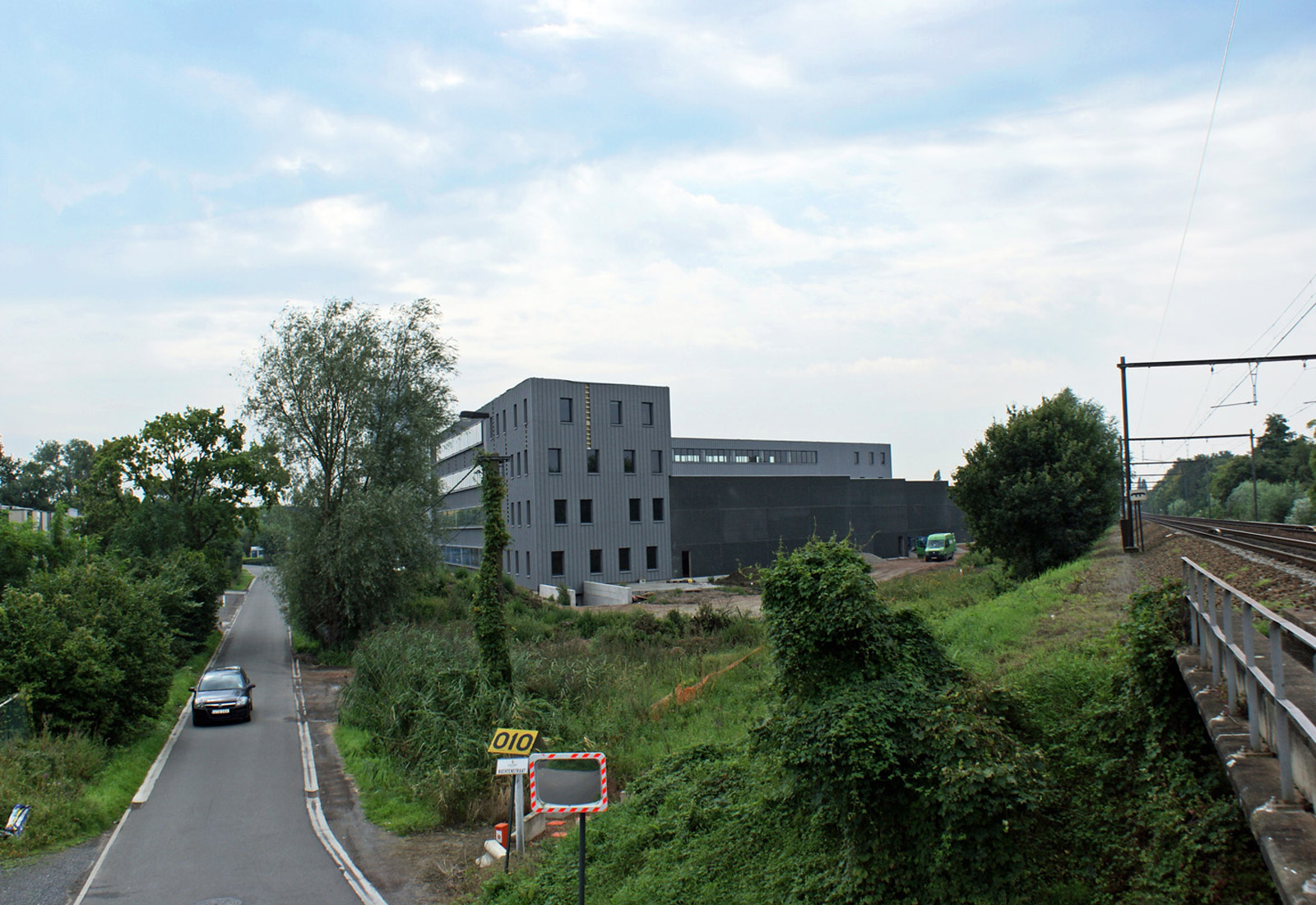