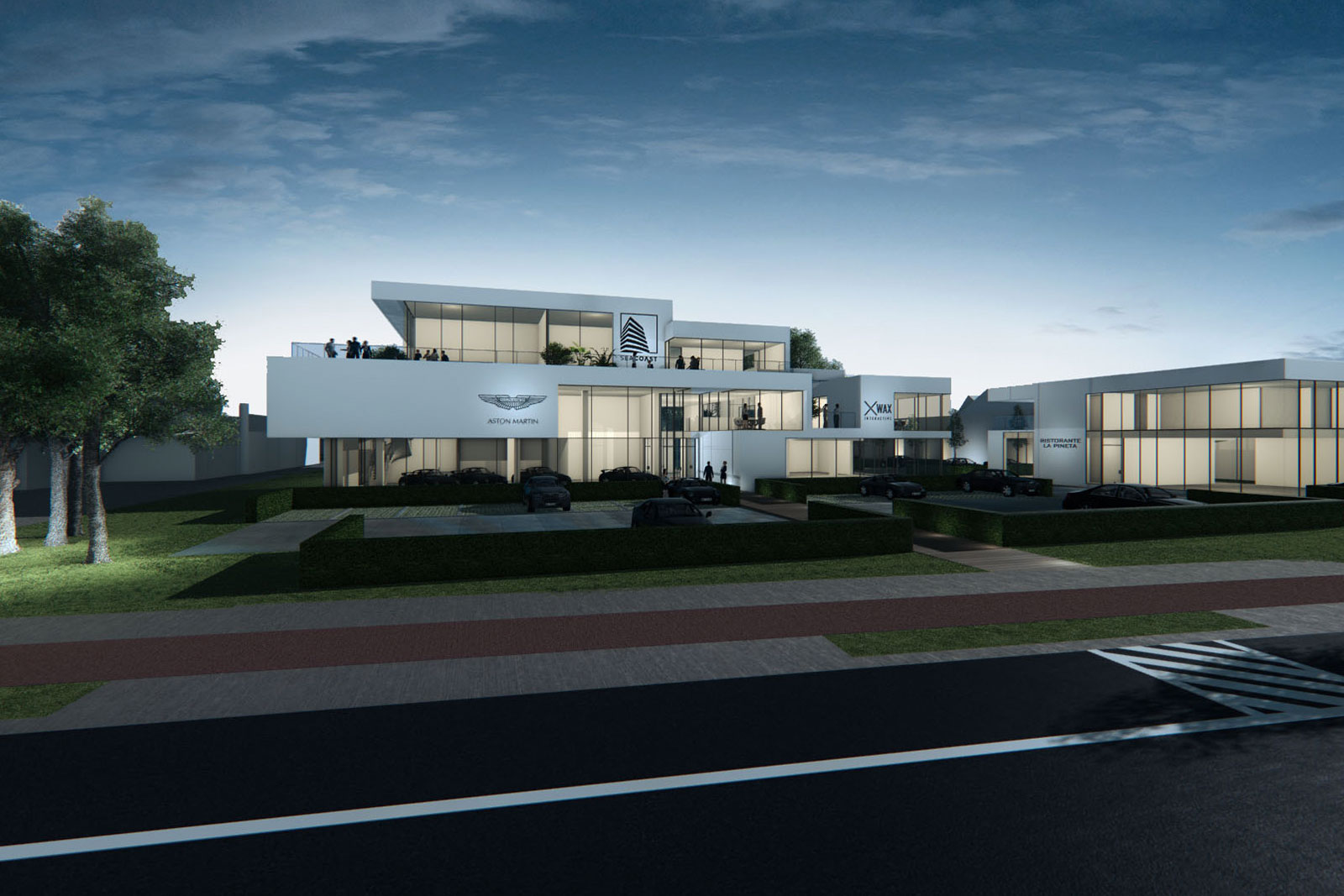 The plot is located at Kortrijksesteenweg in Ghent. Close to the E40 access and exit roads in Sint-Denijs-Westrem, the R4 and the Loop site, this plot offers excellent possibilities with regard to accessibility. 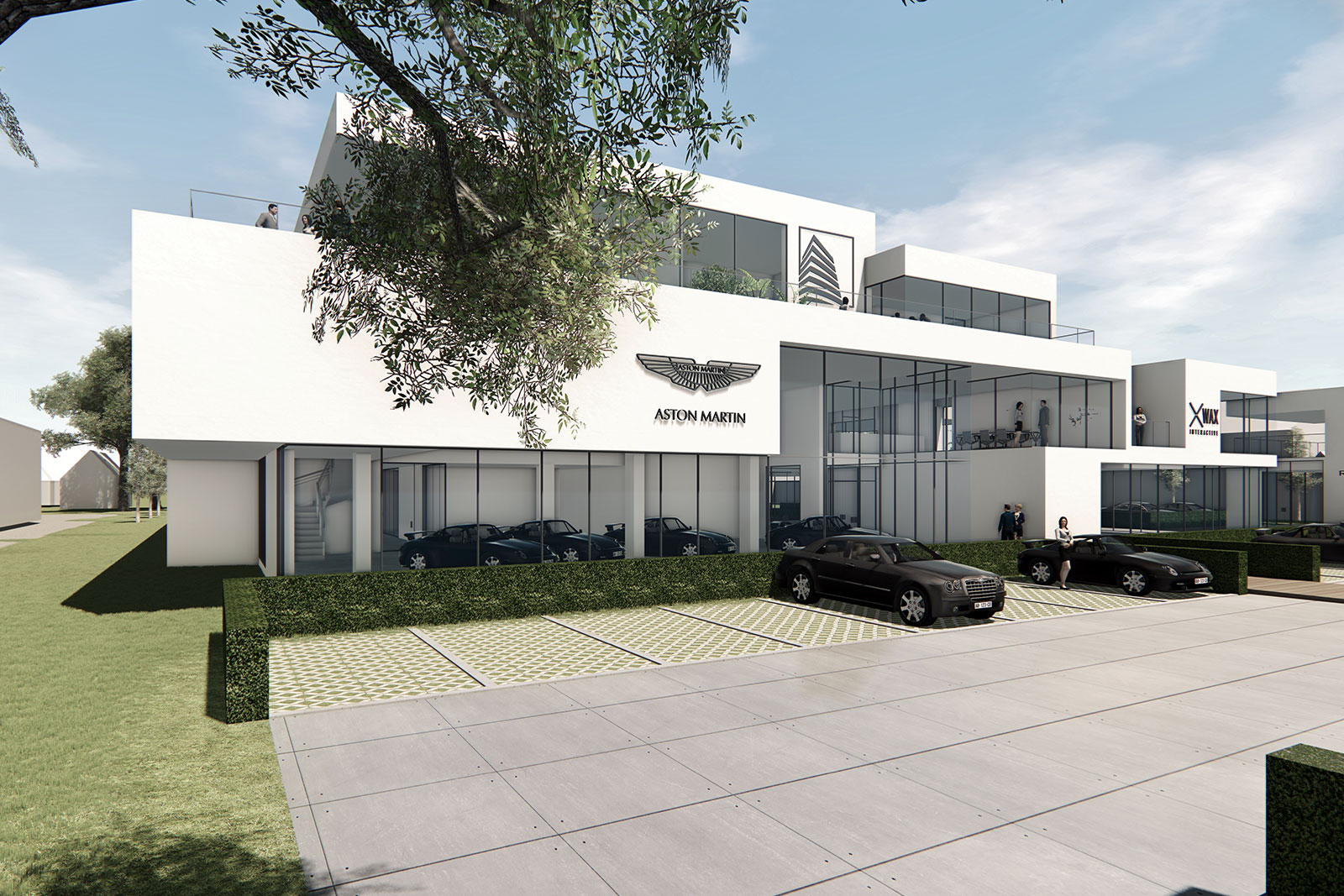 Within the context of the existing typologies a structure is suggested that imbues the industrial allure with a subtle nuance by providing the neighbourhood behind – which represents a more delicate agglomeration – with more of a commercial configuration and/or core. A building erected along Kortrijksesteenweg requires a certain allure and appeal to prospective tenants. This is why it was decided to not only create a coherent whole, but also to exude a certain dynamic and a unique character.

With respect for the adjacent structures we have endeavoured to limit the impact of this building to the greatest extent possible by creating an interior area whose purpose is to integrate the surrounding green area into the project, thereby turning it – together with the volumetrics of the main building – into a buffer zone for the residential area behind it A mixture of commercial, residential and professional spaces will give the site a flow, diversity and energy that will claim and strengthen Kortrijksesteenweg.

The accessibility of the private project has been interpreted in such a way that all motorised vehicles will access and exit the site via the same central axis that runs across the plot. The space in between both blocks of buildings will serve as a private road and a circulation axis. Various parking spaces will be created along this axis, as well as the entrances little building block and the underground parking facility. Additionally, the axis will facilitate access by the fire department.

The new build structures will be constructed as two blocks, together creating an L shape. A circulation axis for motorised vehicles will be situated centrally in between these blocks. The project will also feature a pedestrian axis that will run from Kortrijksesteenweg right through the building up to the green parking facility.

Both structures will be constructed from white natural stone and be provided with large groups of windows.

The interplay of staggered terraces and windows is designed in such a way to enable the structure to resemble a sculpture within the surrounding environment. The dimensions in terms of height to be realised in between both structures will correspond to the differences in height between the buildings on Kortrijksesteenweg and Maenhoutstraat, respectively.

The façade will have a stark and more prominent design than that of conventional retail buildings. A sufficient number of large terraces offer functional outdoor space for each apartment, as well as for the offices. The materials were chosen to enable the building to distinguish itself from the surrounding buildings, but without disrupting the harmony. The joinery will be executed in aluminium. The cornice and the eaves will mirror the joinery in terms of colour. 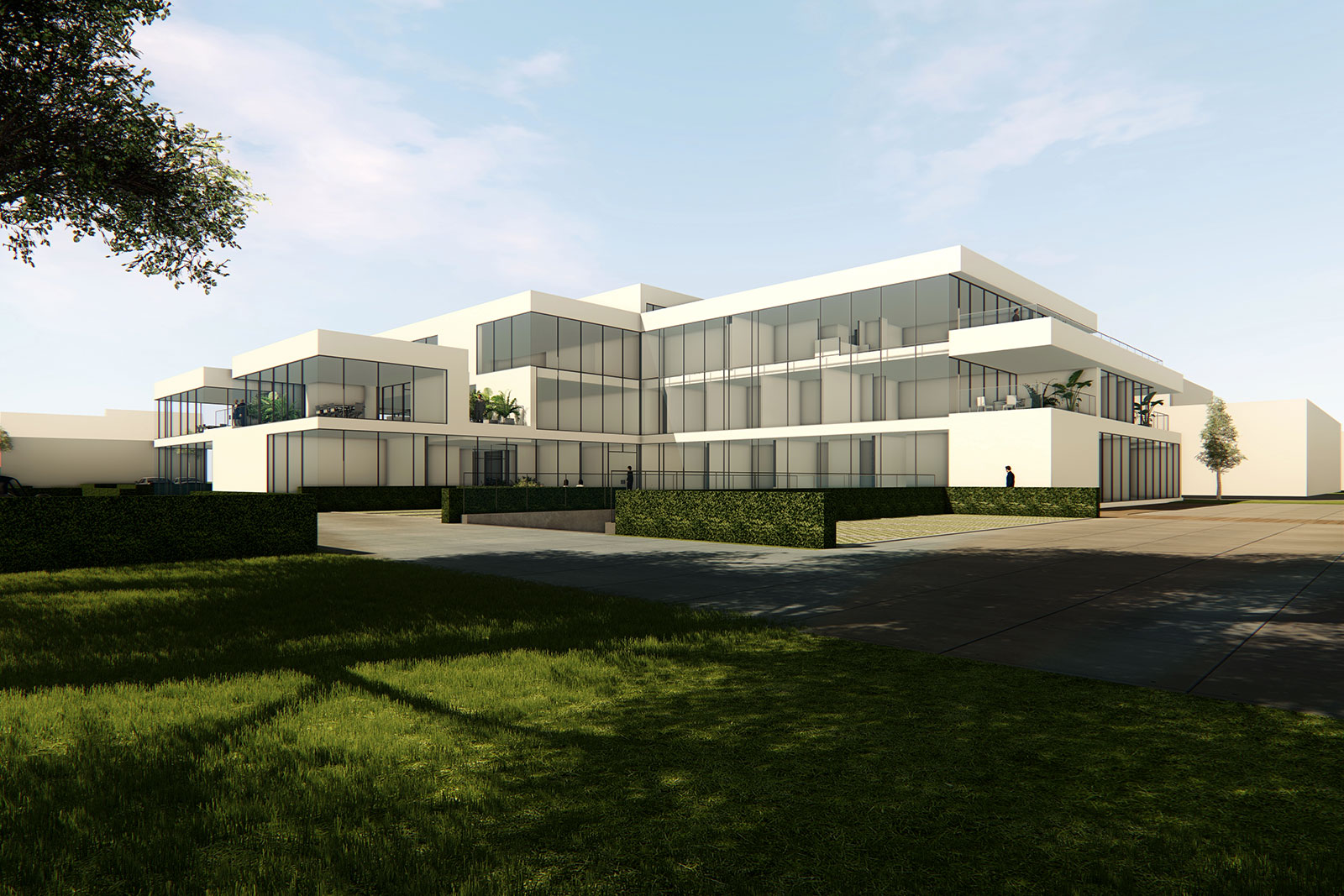 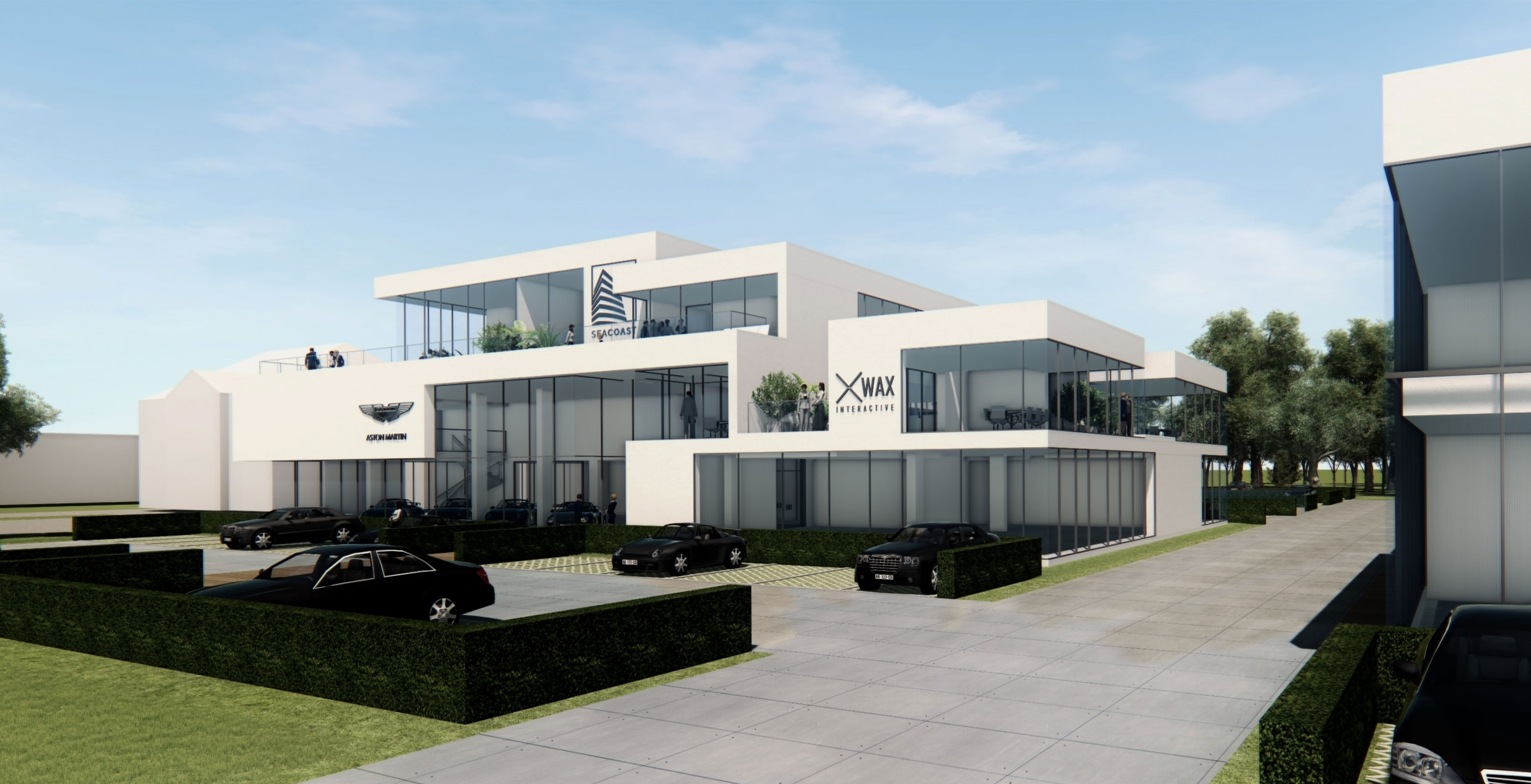 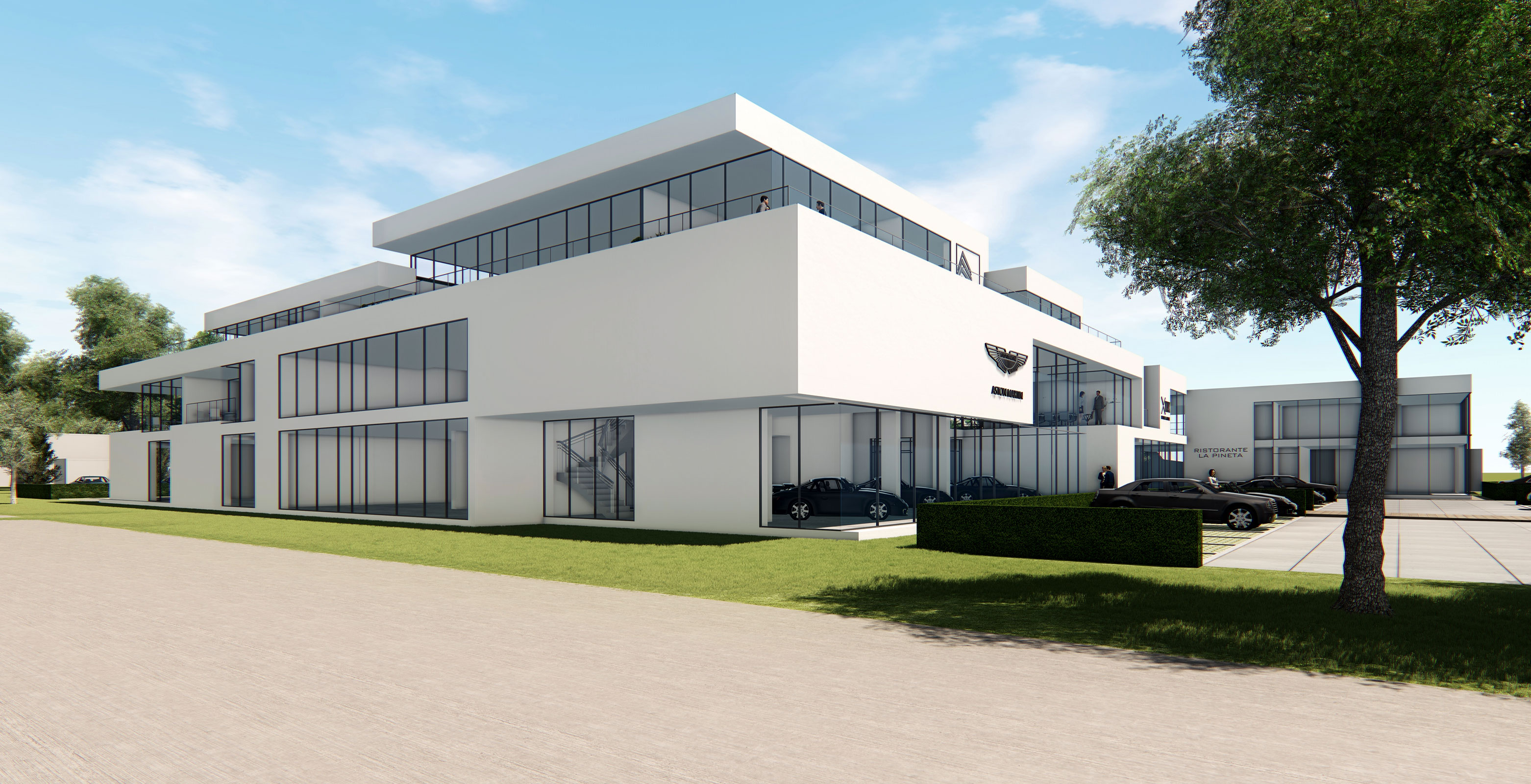 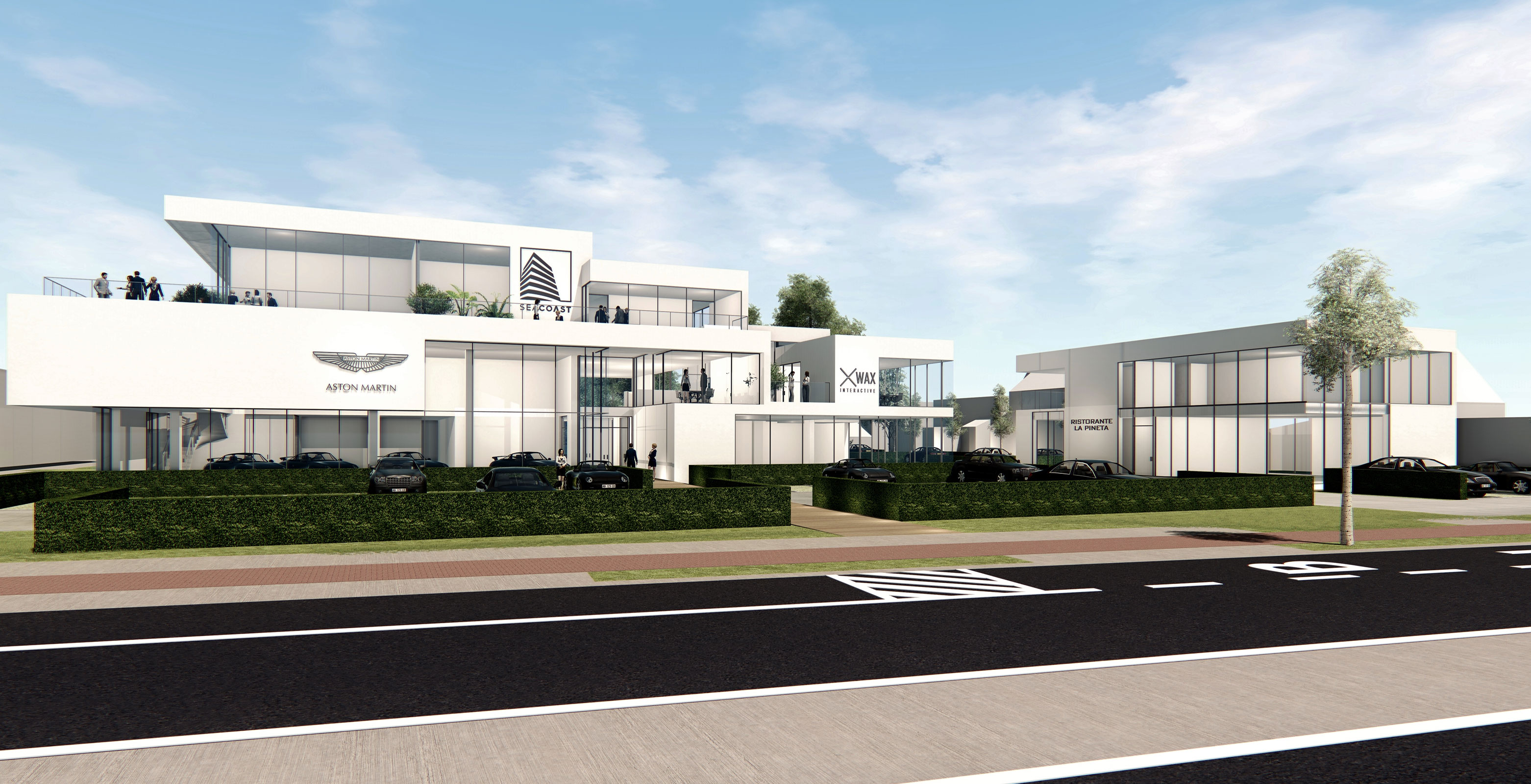